Cook Perfect Fall and Winter Veggies With These Prep Tips 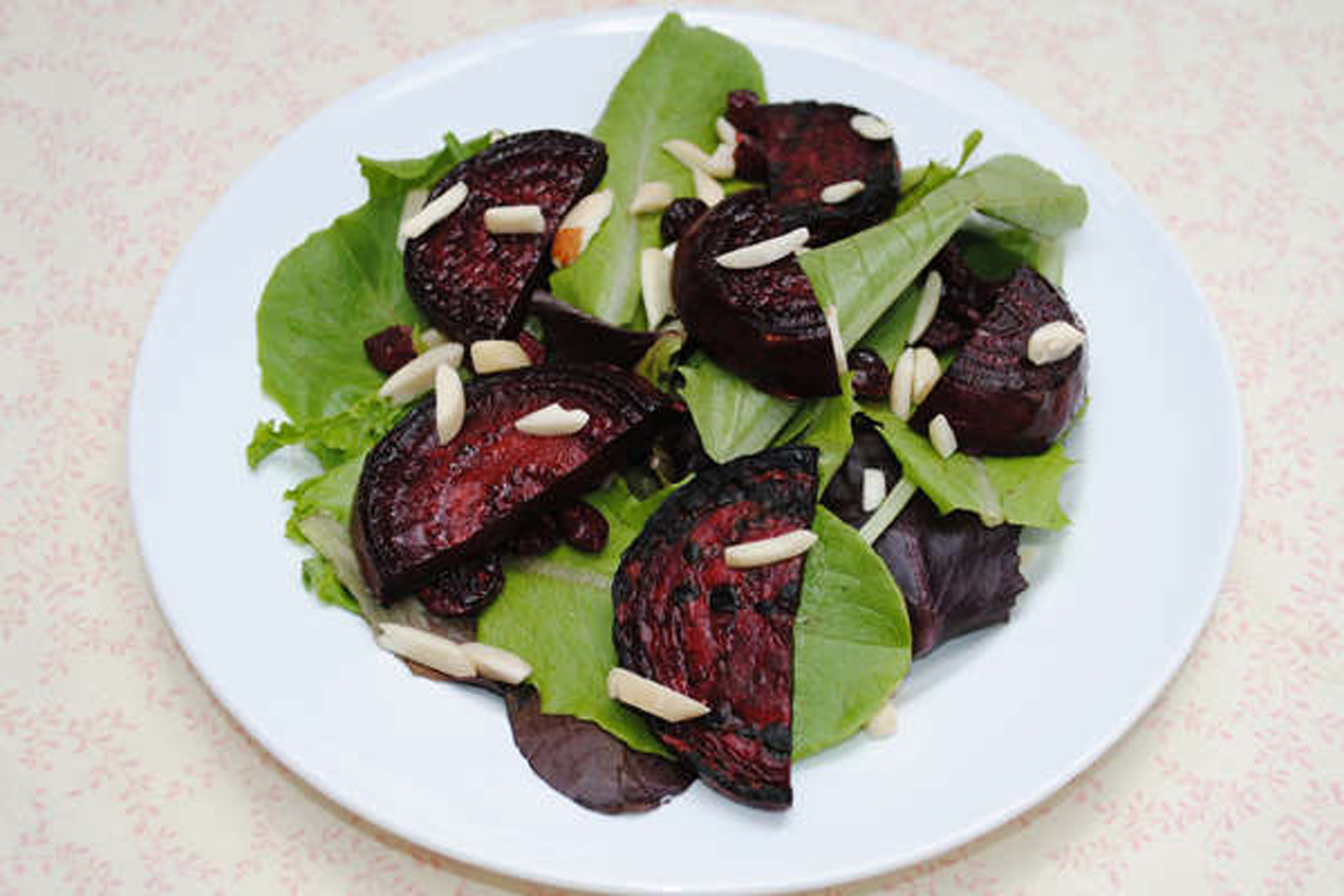 Once the weather cools and the leaves begin to change, we know it’s time for autumn. We also know the fall season is upon us when pumpkins and gourds show up at farm stands and markets. Fall and winter veggies are beautiful. They have interesting and impressive shapes and colors. Nothing is more beautiful than having a bowl of yellow, green and orange vegetables piled in a large bowl on the table – a real-life cornucopia.

Fall veggies are also delicious – sweet squash, earthy beets, and licorice-flavored fennel. But those same vegetables we love to look at can often be intimidating. If you have been avoiding cooking with these vegetables because you are not even sure how to cut into them or prepare them, fear not. Here are some tips for prepping fall and winter veggies along with recipe ideas.

Artichokes come into season in twice a year, in spring and in the fall. Preparing the artichoke for cooking is the most time-consuming part of using this veggie. Once that’s done, the rest is easy. Rinse the artichokes in cold water to get out any grit that is between the leaves. Prepare a large bowl of cold water with the juice of a lemon squeezed into it. Use a sharp knife to cut off the stem so the artichoke can stand flat (unless you want to keep the stem; in that case, trim and peel it). Cut about 1 inch off the top of the artichoke. Snap off any tough, dry leaves around the stem area. Using kitchen shears, trim about ¼ to ½-inch off the thorny leaf tips. Leave the artichoke whole if you plan to steam it or stuff it. If you are cooking it other ways, you may cut the artichoke in half lengthwise.

Lastly, you have to remove what is called the “choke.” The choke is a bundle of white and purple leaves and below those leaves is a bed of hairy-looking filaments. You want to remove that completely or it will make you…yes, choke. The choke can be removed before or after steaming the artichokes. Remove the inner sharp leaves in the center and scrape out the center fuzzy choke with a spoon, paring knife or melonballer. After you remove the choke, you will have reached the treasure of the heart which you can cut into pieces and eat or use in a variety of recipes. Submerge the artichoke into the lemon water while you prepare the rest of them and until ready to cook. This will prevent the leaves from browning.

Beets are in season from fall through spring. Red beets can stain your hands, so you may want to wear gloves and/or cover your cutting board or work surface when working with them. Clean beets by scrubbing them with a vegetable brush and water. You can peel raw beets with a veggie peeler just like you would peel a potato, but I prefer to cook them first and then peel them because it’s easier. You can just rub off the skin of cooked beets with a paper towel or with your fingers under running water. Small baby beets may not have to be peeled.

Cauliflower is available year round, but it is in season starting in the fall. To cut a head of cauliflower into florets, cut the head in half through the core. Then cut those halves in half, leaving you with 4 quarters. Cut the florets away from the central core and then break the florets into smaller pieces with your fingers. Another way to prep the cauliflower is to cut the stem off and then use a paring knife to cut all around the core to remove it. This is similar to how you cut the core out of a tomato. Once the core is gone, simply cut or break the florets off into the desired size pieces. Once you have florets, wash them before cooking.

Celeriac, also called celery root, is at its best in the cooler months of fall and winter. It looks a bit strange, but it’s easy to prep. Slice the root end off so the bulb can stand and be steady. Holding the stem end with one hand, slice the tough skin away by moving the knife from top to the bottom, working your way around the entire bulb. Try to leave as much flesh intact as possible. Once the skin is removed, cut off the top stem and cut the bulb in half. Now you can use the bulb for cooking. Chop it into chunks or slice it with a mandoline. The flesh of celery root starts to turn brown as soon as the skin is removed, so keep the cut celeriac in lemon water until you are ready to cook. Use celery root to make Mashed Potatoes and Celery Root and this Cheesy Leek and Potato Gratin.

Fennel comes into season in fall and is available through early spring. It’s an interesting looking vegetable with its round bulb and feathery fronds. Rinse and dry the bulb and fronds. Cut off the stalks close to the bulb. Retain the fronds. You can use them for garnish. Cut across the bulb to slice the fennel. You can also cut the bulb in half lengthwise. Slice the core away. Cut the halves into slices of your desired thickness.

After you prep this anise-flavored vegetable, try these Grapefruit Coriander Fennel Bites, Mizuna, Fennel and Mulberry Salad and this Beet, Fennel and Lime Pate. Get more fennel recipes in 10 Under-Appreciated Veggies You Should Be Eating.

Jerusalem artichokes, also known as sunchokes, look very strange. They are tan, knobby roots that look similar to ginger, but rounder. Looks can be deceiving, though. These sunchokes may look complicated and unappetizing, but they are easy to prepare and delicious. They have a nutty, crunchy taste and taste like a cross between potatoes and artichokes. You can also cook them in the same ways you would potatoes. You don’t even have to peel them if you choose not to. Just cut them up and cook them or don’t cook them – they are edible raw. Give Jerusalem artichokes a try by making my Roasted Jerusalem Artichokes with Braised Garlicky Kale.

Kohlrabi comes into season at the end of fall and tastes best in winter. If you have never seen kohlrabi, it looks sort of like a cabbage whose outer leaves are at the ends of long stems. It’s also known as a “German turnip” and it tastes like a cross between cabbage, cauliflower and broccoli stems. It sounds like an identity crisis waiting to happen, but the truth is, kohlrabi is a very versatile veggie. It can be shred raw into slaws and salads for a mildly spicy crunch, or use them instead of potatoes to make latkes and fritters. It can also be used to make Raw Carrot Sushi. Kohlrabi can be roasted until creamy and used in side dishes or turned into soup. Kohlrabi pairs well with mustard, dill and celery seed and it is also a common ingredient in Indian cuisine. The greens on the ends of those long stems can also be sauteed and eaten like any other dark, leafy green. Get my recipe for Baked Kohlrabi Fries for a delicious side dish or treat.

To prep a kohlrabi, cut off the stems and leaves. Keep the leaves and cook them like you would any other greens. Slice the head of the kohlrabi in half through the center. Cut those halves into quarters. Cut out the core and remove the skin with a vegetable peeler. Use those quarters as is, or cut them further into whatever shapes and sizes you need.

I must confess that I have avoided cooking with leeks because I mistakenly thought they were too difficult to prep. Their mild onion-garlic flavor is well worth any effort, however. To prepare leeks, cut off the dark green parts that are tough and discard them. Trim off the fringe at the bottom. With a knife, slice through the leek lengthwise so you can get to the inside. Run the leeks under water or wash them in a sink filled with water. Leeks can have a lot of grit so you want to be sure you get it all out. Rinse them several times until the water runs clean. Another way to clean leeks is to cut them up first and then swirl the little pieces around in a bowl filled with water. Drain them well and towel-dry them before using.

Try using leeks in place of onions in any dish. Also, try them in this Cheesy Leek and Potato Gratin, Pureed Lentil Dip with Caramelized Leeks, and this Potato, Broccoli and Leek Soup.

Pumpkins are like the poster-veggie of fall and winter cuisine. As soon as the first leaves fall, every recipe you read about contains pumpkin. If you have been buying canned pumpkin puree because you thought it was too difficult to make you won, the good news is that it’s easy. Take the pumpkin and using a large chef’s knife, place it on one side of the stem and cut the pumpkin in half. Scoop out the seeds and strings with a spoon. Rinse the seeds, getting all the strings off them and set them aside to make roasted pumpkin seeds. Place the pumpkin halves in a baking dish, cut side down. Add ½ cup water to the baking dish. Roast the pumpkin halves at 400 degrees for 1 hour or until the pumpkin is fork-tender. Once the pumpkin is cool enough to handle, peel away the skin from the pumpkin flesh. It should come off easily in big pieces. Discard the skin. Place the pumpkin flesh in a food processor or blender and process until it is a smooth puree. You can use this puree for any of your pumpkin recipes.

If you don’t want to make puree but want to cook pumpkin slices or chunks instead, simply follow the above instructions up through removing the seeds and string. Then cut the pumpkin halves into slices or wedges and remove the skin with a knife. Cook as desired. Enjoy pumpkin in this White Pumpkin Lentil Sanbar, Amazing Pumpkin Burgers, and Pumpkin Pie Pancakes. For more recipe ideas, see 10 Ways to Cook with Pumpkin Flesh and Seeds.

Winter squash of all sorts comes into season in early fall and usually last well into winter. Different squash get prepped in different ways – some like acorn squash get prepped the same way pumpkins do. Butternut squash, on the other hand, can be peeled with a vegetable pepper. For specific instructions and recipe ideas, read 10 Ways to Cook Comforting Fall Foods With Winter Squash.

Fall and winter veggies make beautiful tablescapes and delicious dishes. With these prepping tips and recipe ideas, we hope you will feel less intimidated and more motivated to try cooking with them. Enjoy the harvest that comes with the cooler seasons. If you have any tips of your own, please share them in the comments.