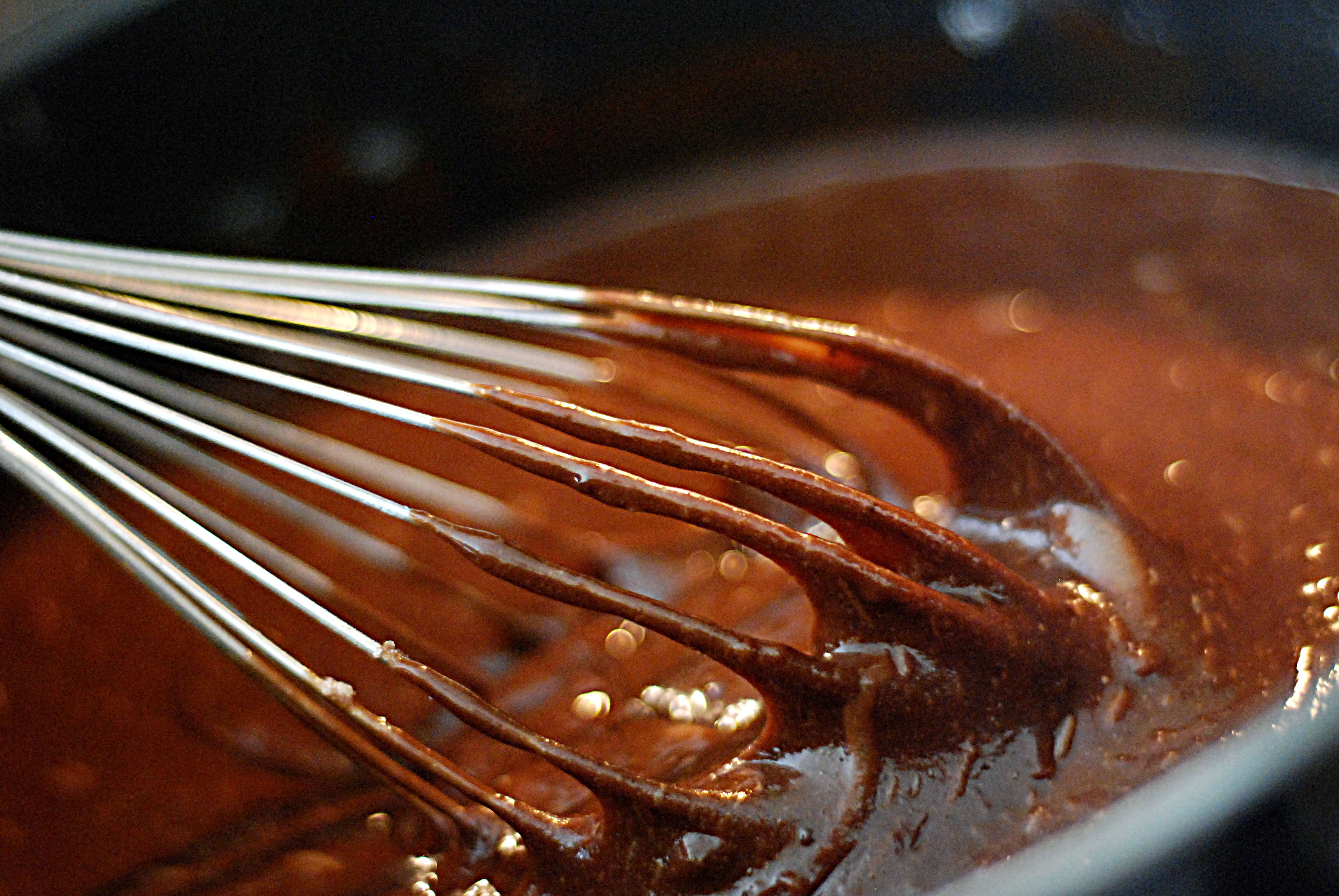 Chefs at Queen’s University in Ontario worked with a plant-based food program to learn how to make more vegan meals as part of an addition to the university’s culinary program.

On February 20 and 21, the first two days of the university’s reading week, a break for students to catch up on work and study, chefs at Queen’s University met with Wanda White, the executive chef of Forward Food, to expand their vegan menu. Forward Food, a program with the Humane Society in the U.S., helps institutions like universities and colleges add more vegan food to their menu.

Queen’s University is the first university in Ontario to work with Forward Food to train chefs in plant-based cooking. Following the meeting and demonstration with White, the campus is offering more vegan and plant-based options for students.

According to the university’s chief executive, Colin Johnson, the move came from a higher demand from students for vegan food options. Johnson cited international students who requested plant-based meals, as well as students with health and environmental reasons for eating more plant-based foods. 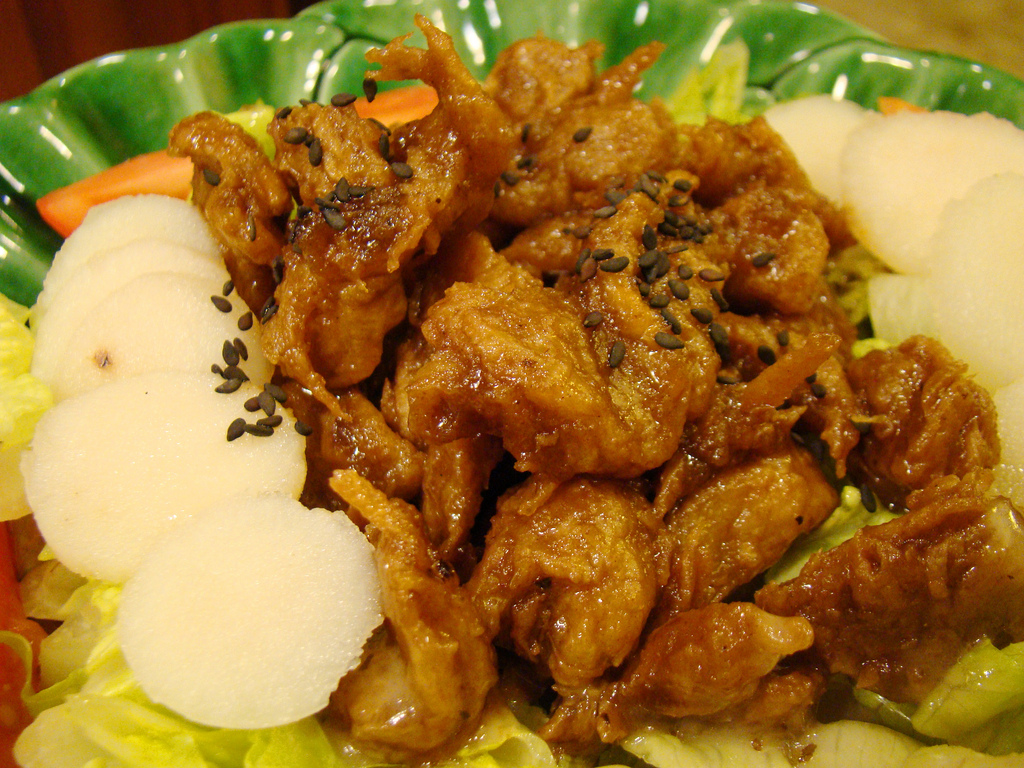 “We are seeing more of an increase in students that are not necessarily vegan but want to eat plant-based protein more often, once or twice a week,” said Johnson.

“We’ve been doing it for a long time, but we want to get better at what we are doing,” he added of the decision to partner with Forward Food to train chefs in vegan cooking.

White previously created an all-vegan dining hall when she worked as the head chef at the University of North Texas.

“When I realized all it meant was leaving the animal product out, to understand what vegans eat, it wasn’t a struggle,” said White.

She added that the decision to expand the chefs’ plant-based cooking knowledge didn’t mean that the university would stop serving meat.

“We’re not here to take away your meat or your fish,” said White. “We’re here to offer you an option. We don’t want anybody to think we are trying to deprive anyone of anything.”

Humane Society International’s Julie Machines added that the vegan options added to the menu at Queen’s University would strive to be appealing to everyone.

“It’s not difficult, it’s just training your mind to realize you can produce delicious, healthy food without meats, cheeses, milks,” added Johnson. “It’s a good eye-opener for the chefs here.”

If you’re considering trying to eat more plant-based protein, try some of these great recipes from the Food Monster App. 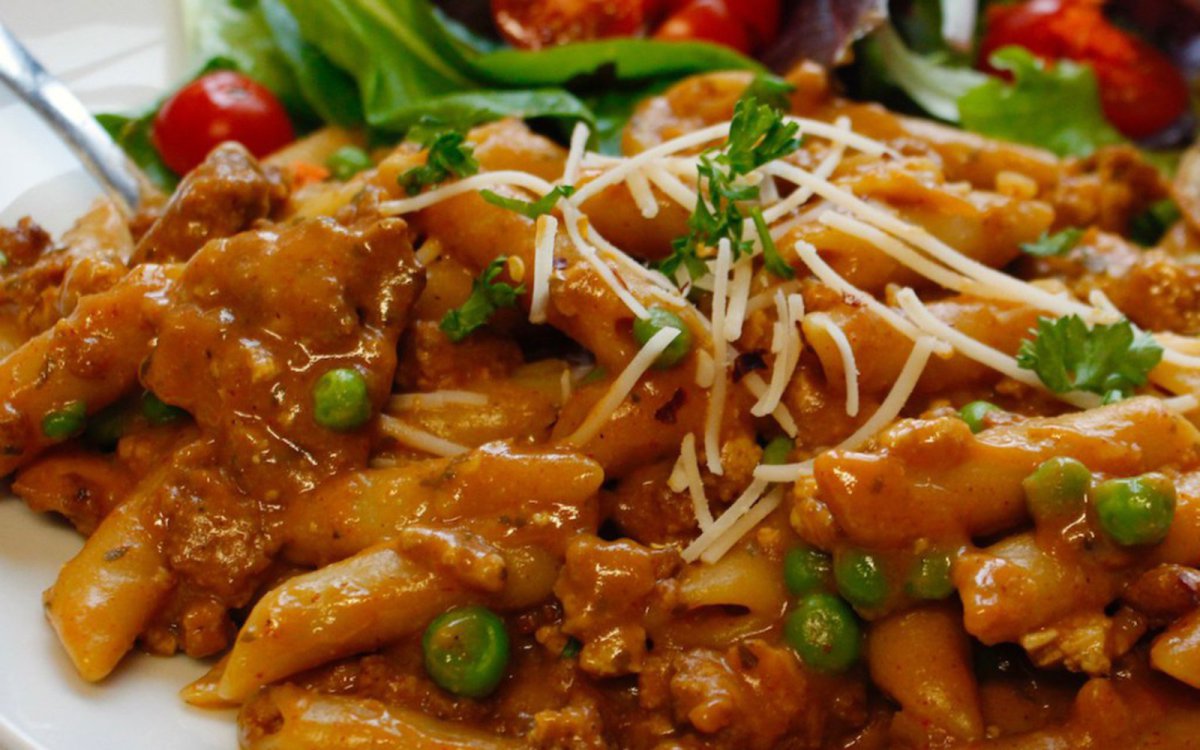 This vegan Hamburger Helper recipe from Tara Binder is served in a thick sauce with chewy tofu. Add some pasta for a delicious, filling meal! 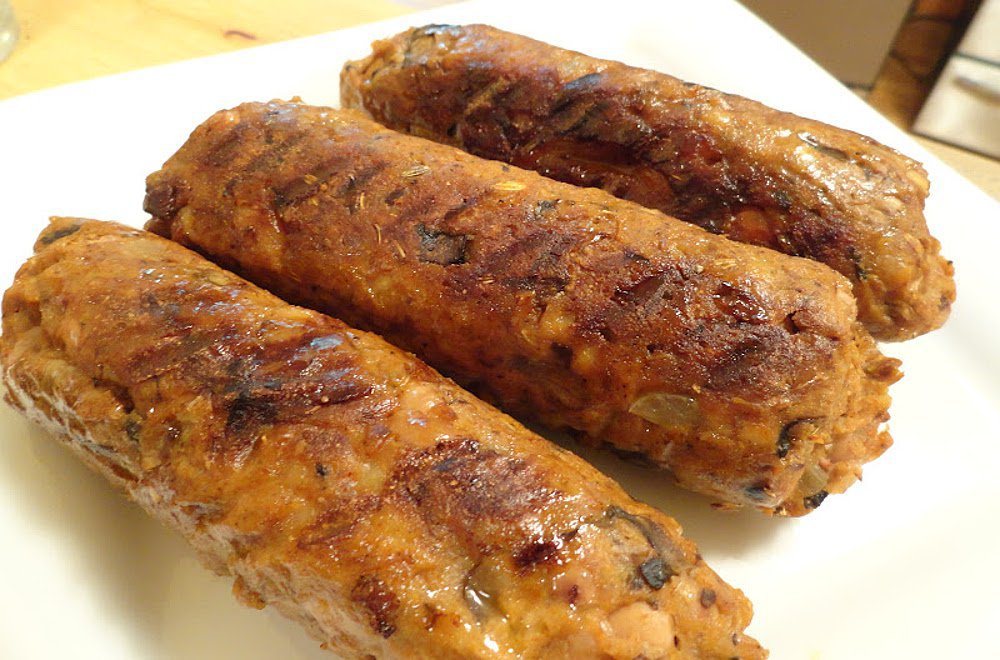 This Homemade Spicy Italian Sausage recipe from Rhea Parsons uses mushrooms, onions, and black-eyed peas to make a firm sausage perfect for grilling. You can use different spices for chorizo, apple sage, or breakfast sausages with the same base! 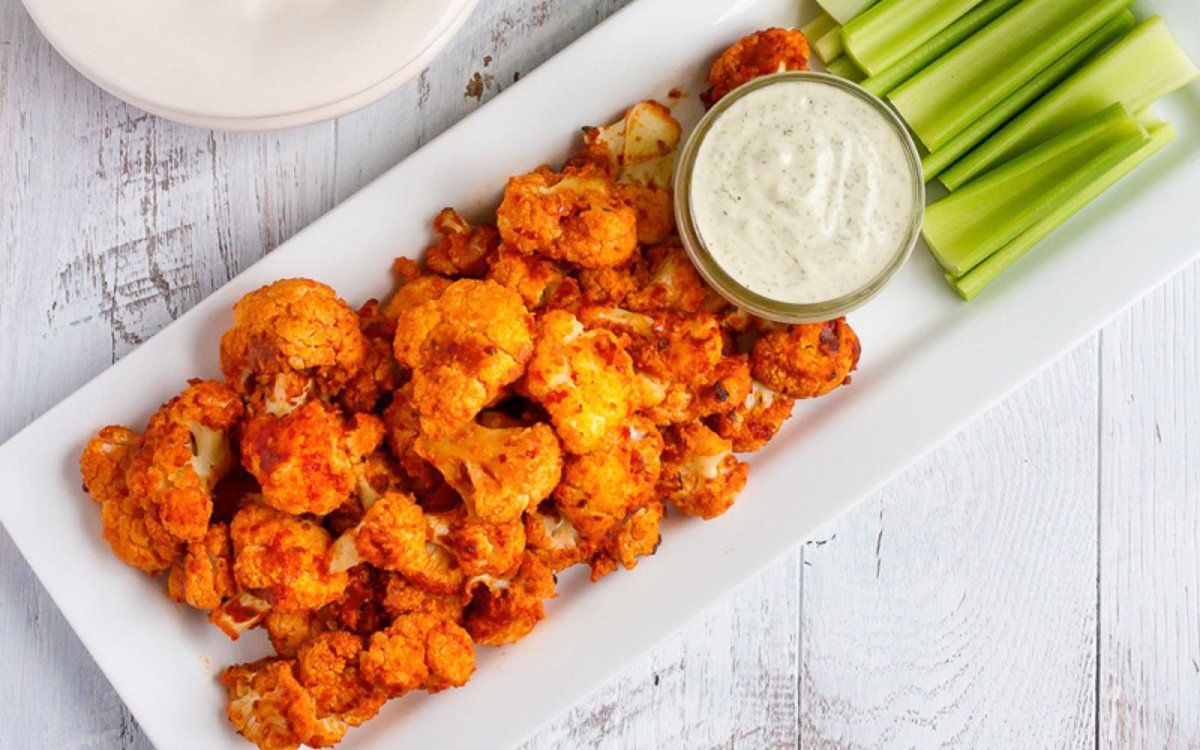 These Buffalo Cauliflower Wings from Brittany Mullins are great for gatherings. Serve them with a creamy cashew dressing with dried dill and garlic powder. 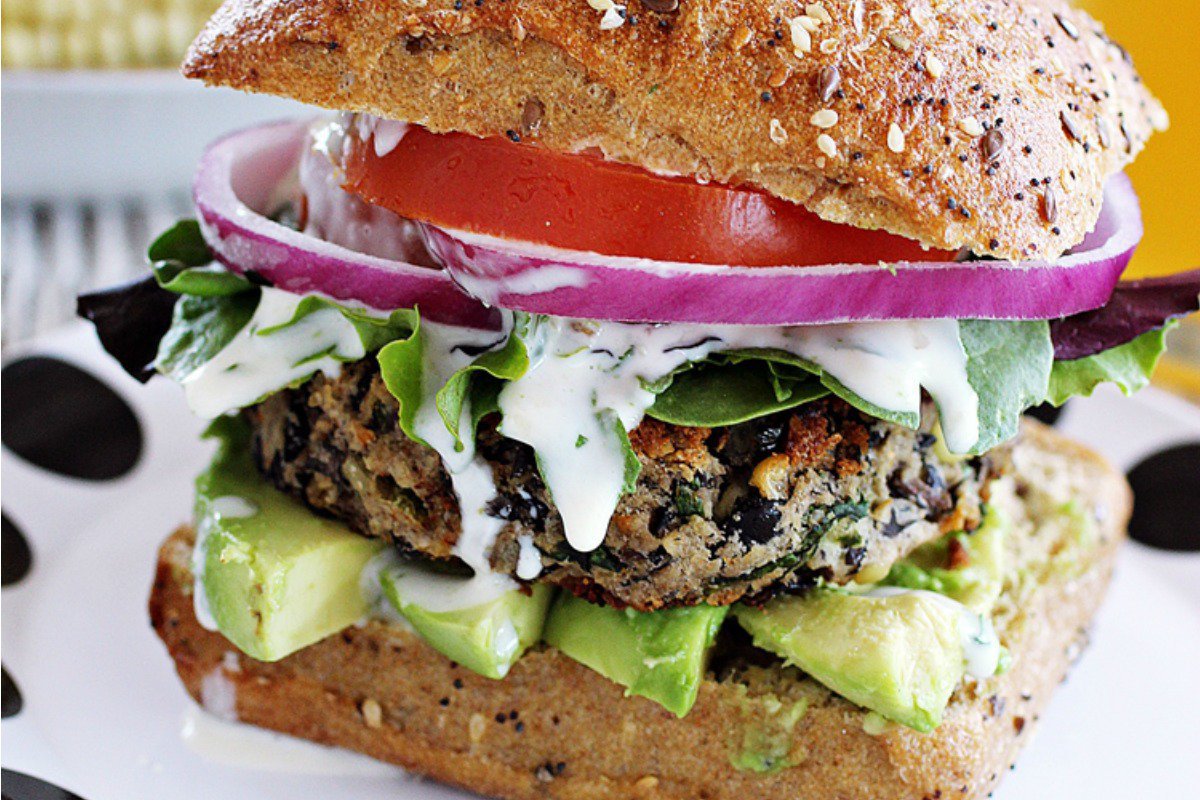 Doris Daily’s Black Bean Burgers with Cilantro Lime Sauce are a great base to add lots of different flavors. Experiment with different spices and sauces to make your dream burger!

Looking for even more nutritious plant-based ideas like Your Ultimate Guide to Crafting the Best Vegan Pizzas? Try downloading our Food Monster App, which is available for both Android and iPhone, and can also be found on Instagram and Facebook. The app has more than 10,000 plant-based, allergy-friendly recipes, and subscribers gain access to new recipes every day. Check it out!