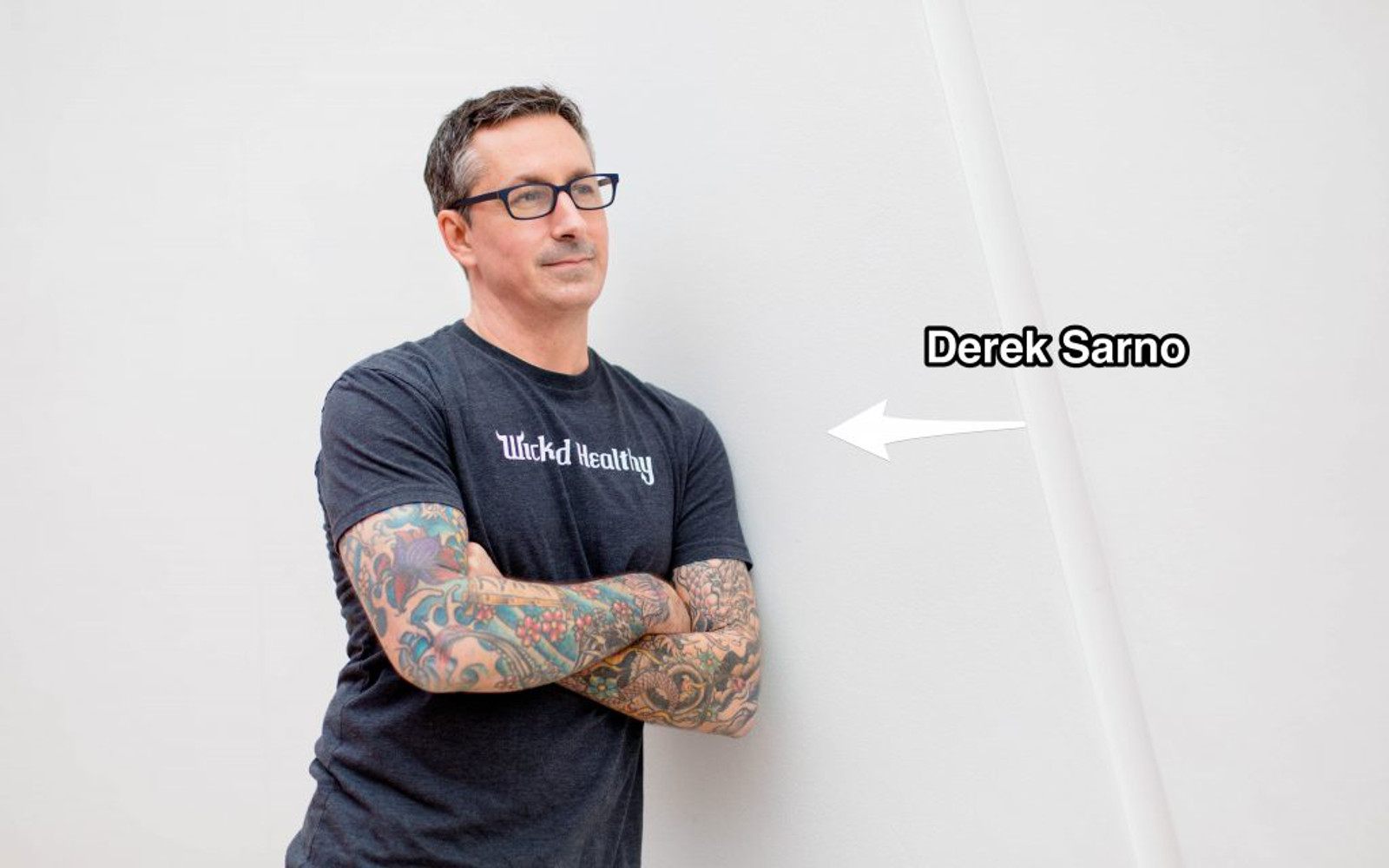 According to a recent survey, nearly 40 percent of Americans are choosing to embrace plant-based food when dining out at restaurants. Whether they’re doing it for the planet, for the animals, or for their health, we can see that plant-based eating is the future of food — and restaurants are picking up on it too! The all-vegan Impossible Burger’s pending availability at most U.S.-based Bareburger locations and fast-casual vegan restaurant chain Veggie Grill’s upcoming nationwide expansion are two examples of this.

Most grocery stores now have entire freezer sections dedicated to plant-based protein and other meat-free, dairy-free, ready-made meals as well as several options for vegan ice cream. In the UK, where 5 percent of the population identifies as vegetarian compared to 4 percent three years ago, the nation’s top grocery chain, Tesco, is making a concentrated effort to get customers to eat more plant-based food. Not only have they placed a heavy focus on offering customers more packaged plant-based foods, they’ve also recently partnered with Derek Sarno, co-founder of food blog Wicked Healthy and part of One Green Planet’s team of recipe bloggers. Through their series, Food Love Stories, Tesco is showing its customers the different ways that they can cook with fresh produce.

Derek developed these drool-worthy BBQ ‘shroom Buns for UK-based grocery chain Tesco, in order to show that you can have meaty food, without the meat. 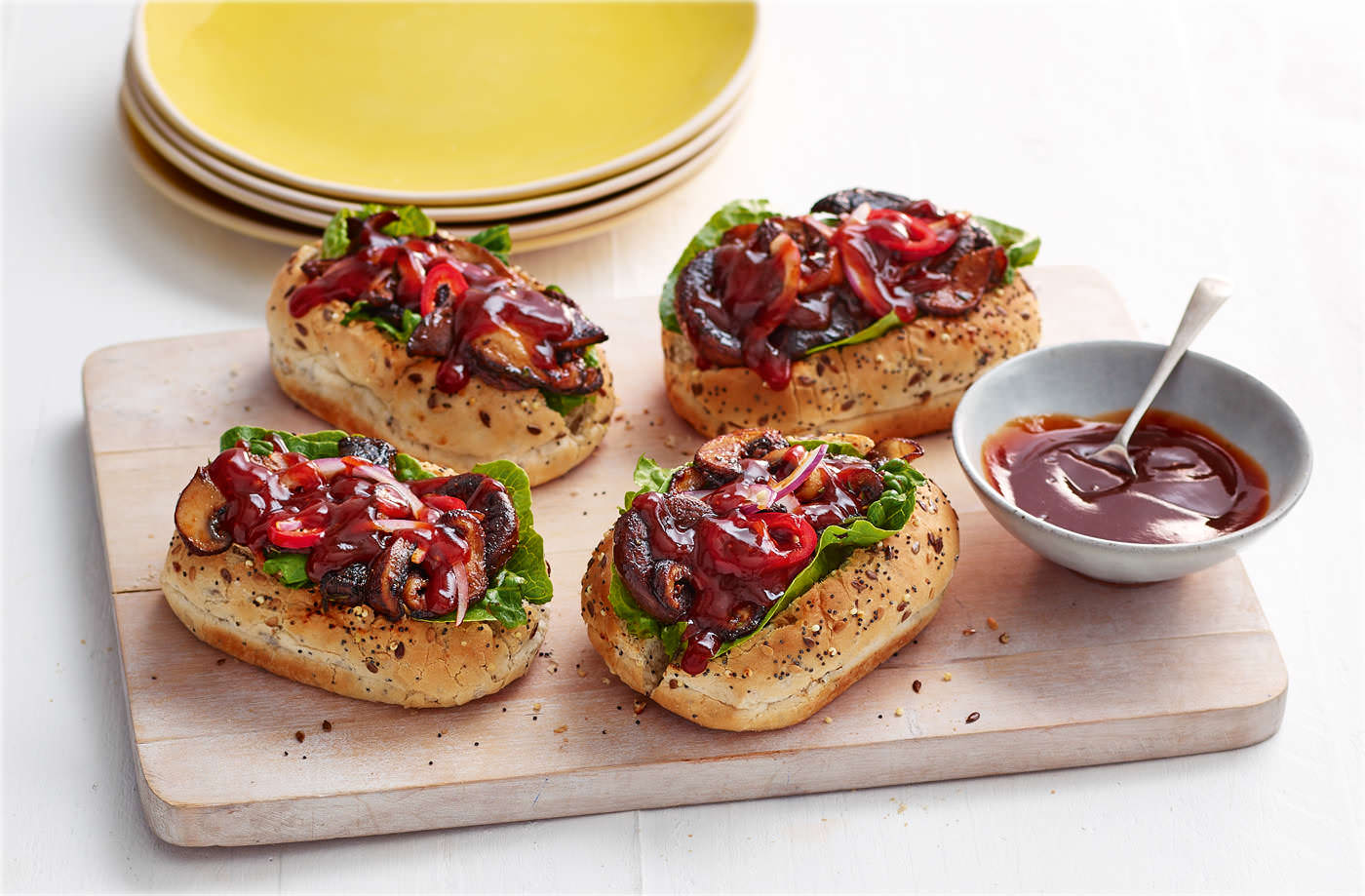 And Derek is no stranger to using mushrooms to create meaty plant-based recipes, like this Grilled Chicken of the Woods Sandwich. Foraged Chicken of the Woods mushroom is grilled until crispy on both sides and then baked in the oven, then served on bread with vegan cheese, creamy sauce, and all the trimmings. 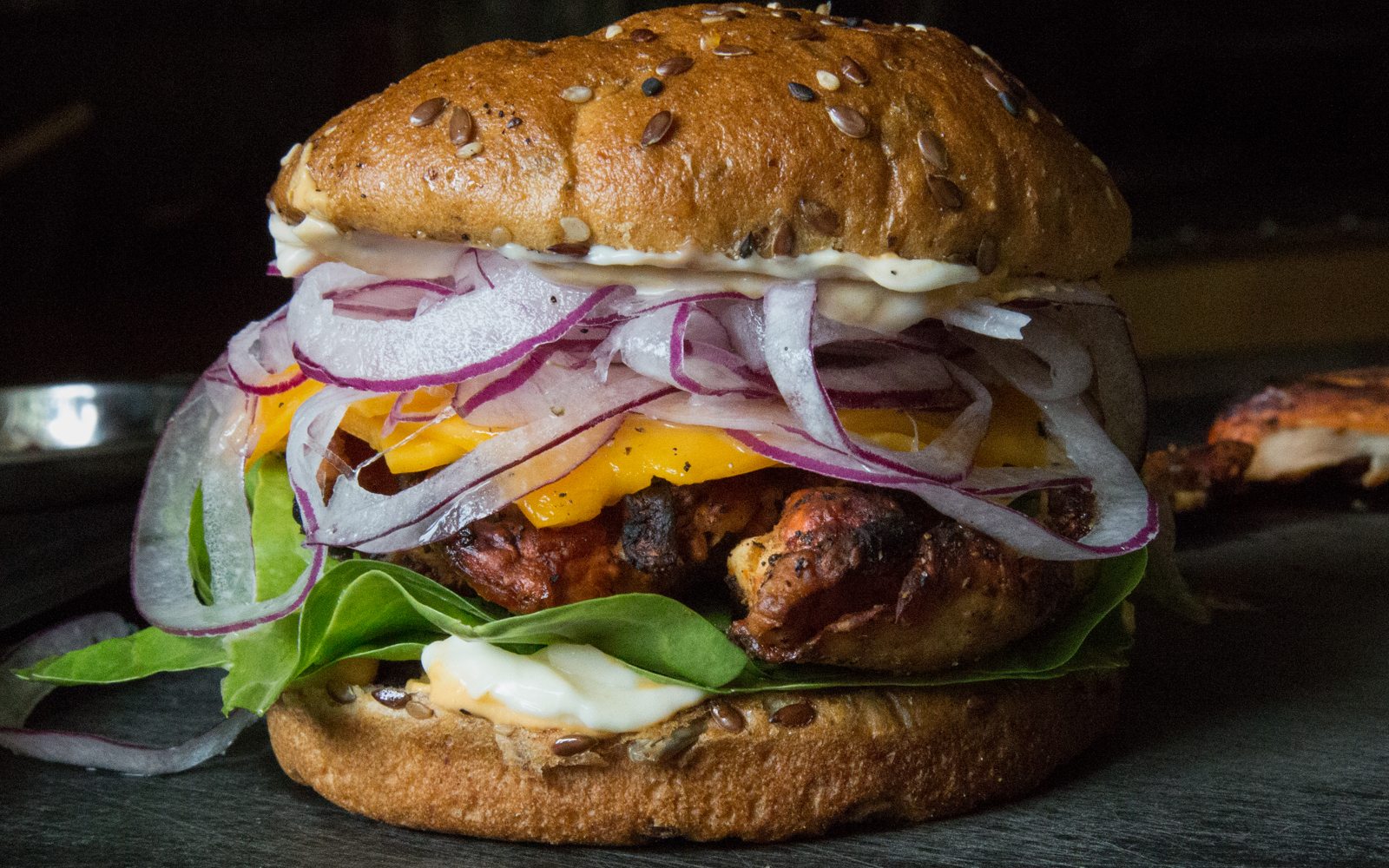 Or this Lion’s Mane Mushroom ‘Liver’ and Onions, where the mushroom is grilled and then slowly roasted with sticky, savory glazed red onions. 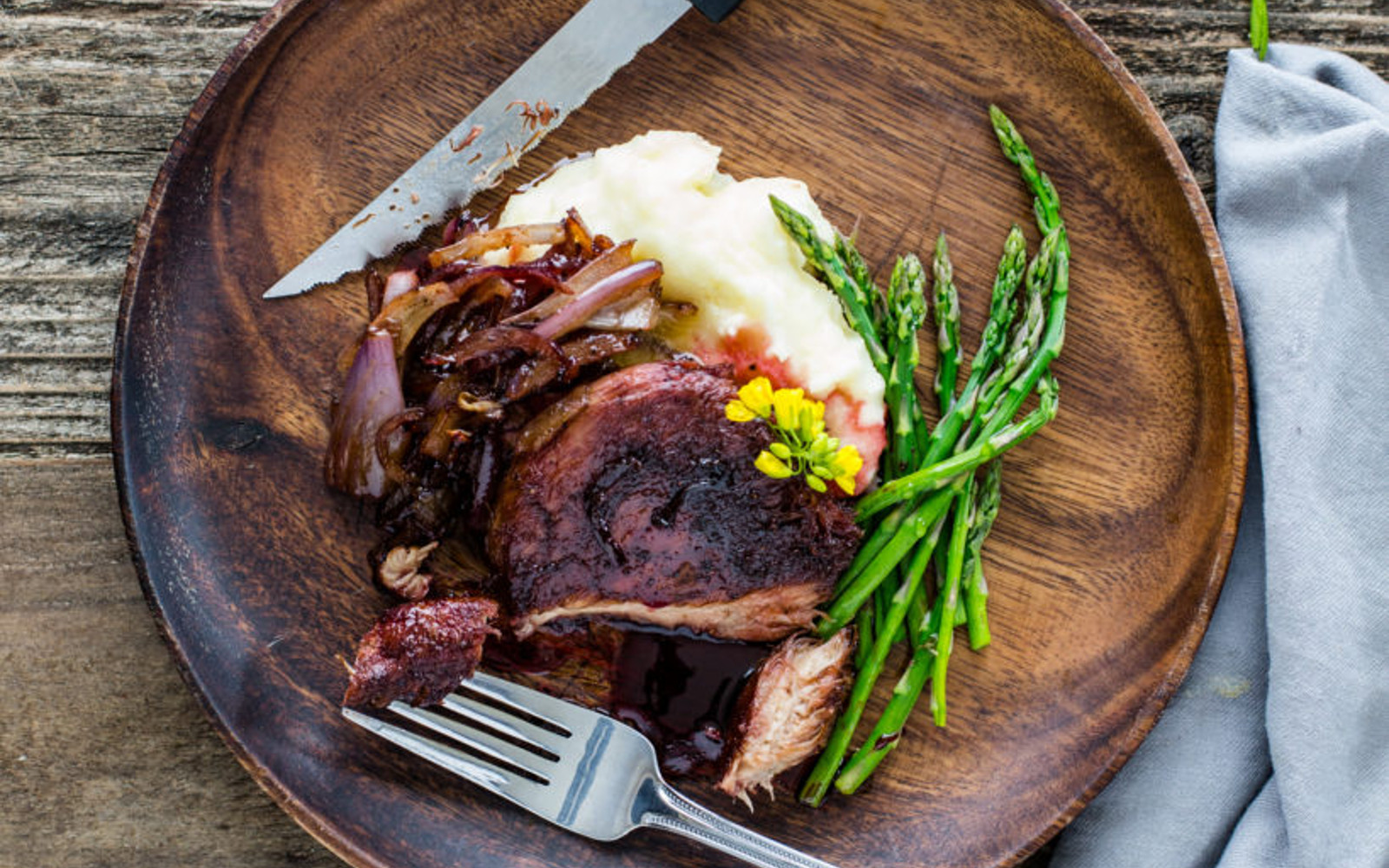 And this crispy Blackened Maitake ‘Breast’ also elevates mushrooms to a whole new level — and it takes only seven ingredients to make. 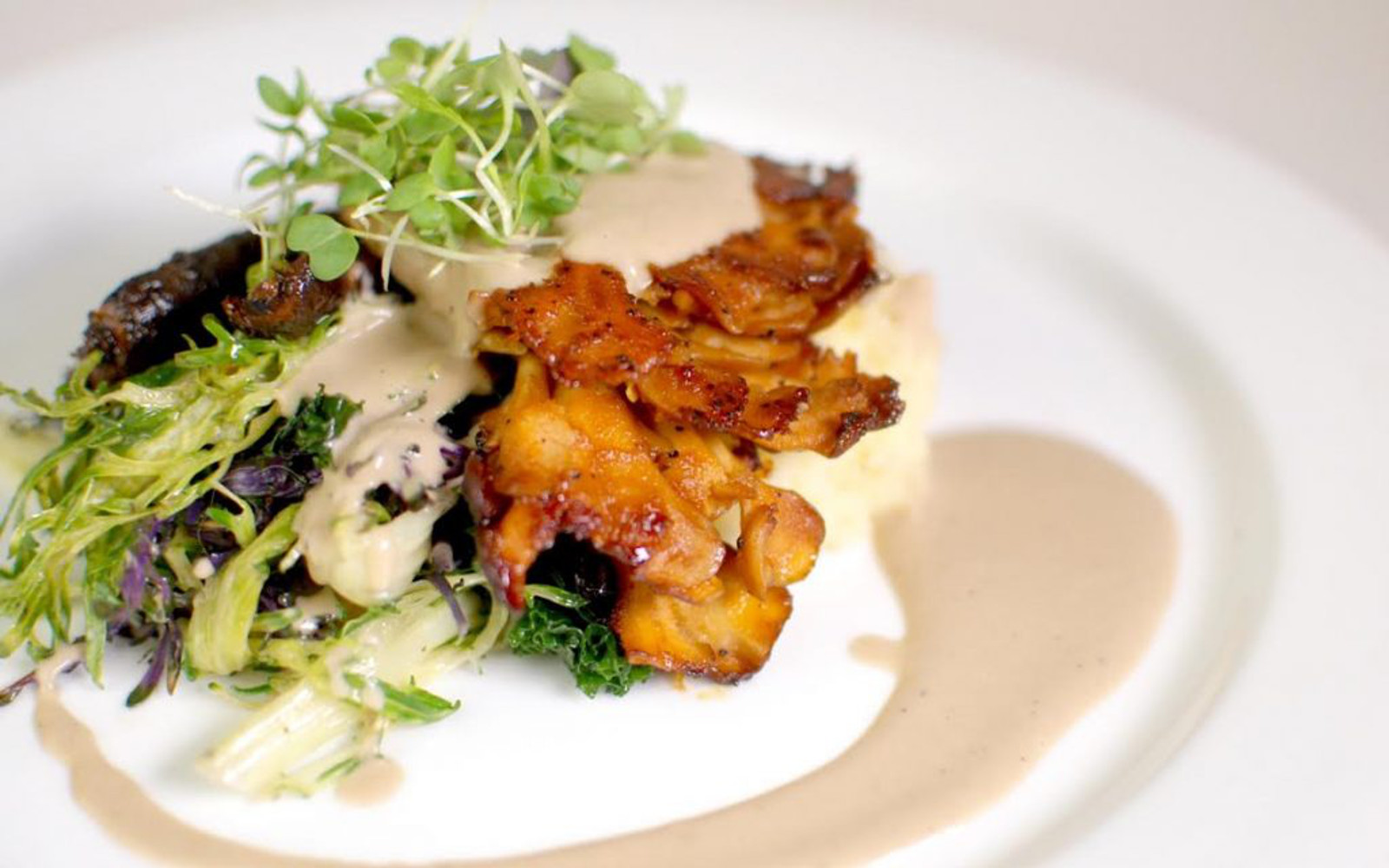 Chief customer officer for Tesco Alessandra Bellini told The Drum, “As the country’s largest green grocer, we had the opportunity to bring all of the initiatives and new brands together to see if we could have an impact.” She later added, “We’re not about telling the customer what to do. We’re about helping them understand the choices they should make.” We’re glad that Tesco is helping their customer make more environmentally-friendly food choices.

You can find more recipes from Derek and his brother, Chad, by visiting Wicked Healthy’s page on One Green Planet or by visiting their blog.

Want to cook mushrooms like Derek? Read these 5 Tips to Make Meatless Food Taste Meaty and then check out Celebrate Mushrooms With These 20 Savory Recipes to see how versatile mushrooms can be. We also highly recommend checking out Food Monster app, a food app available for both Android and iPhone. The app has over 8,000+ vegan recipes with 10+ recipes added daily, plus cooking tips, how-to’s, and more. Give it a try!