Berkeley Commits to Phase Out Spending on Animal-Based Foods 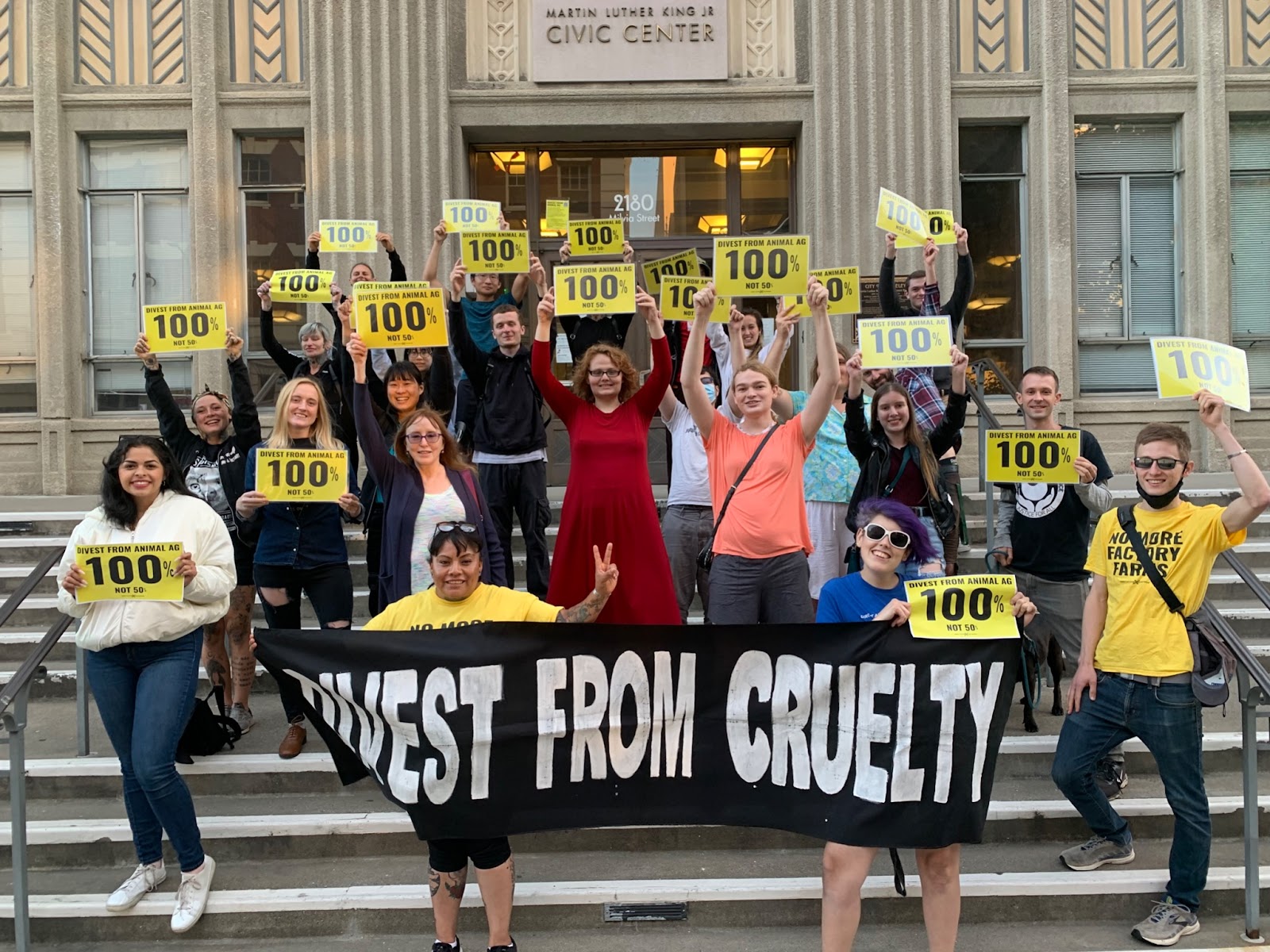 In the resolution, Councilmember Sophie Hahn and Mayor Jesse Arreguin emphasized that this decision would support the city’s plans to address climate change, as well as help maintain Berkeley’s place as a leader in climate action. Furthermore, they cited the huge environmental footprint that animal products have in comparison to those that are plant-based, explaining “that the world cannot meet global greenhouse gas reduction targets without significantly curbing consumption of animal products.”

The resolution follows a grassroots activist effort by groups including DxE, Extinction Rebellion Oakland, The Animal Save Movement, East Bay Animal PAC, People for the Ethical Treatment of Animals (PETA), and The Suitcase Clinic. Over a span of 16 months, they researched, protested, and reached out to community members to advocate for the passage of this resolution, and now their hard work has come to fruition.

Change does not end with this historic shift. Animal activists are already working in other cities around the US to implement similar changes. “The public is rising up and taking action against the destructiveness of animal agriculture,” said Almira Tanner, Berkeley resident and DxE’s Lead Organizer, in the emailed release. Tanner continued, “We’re hopeful this historic step can spur a wave of legislation to protect all life on Earth while we still have time.”