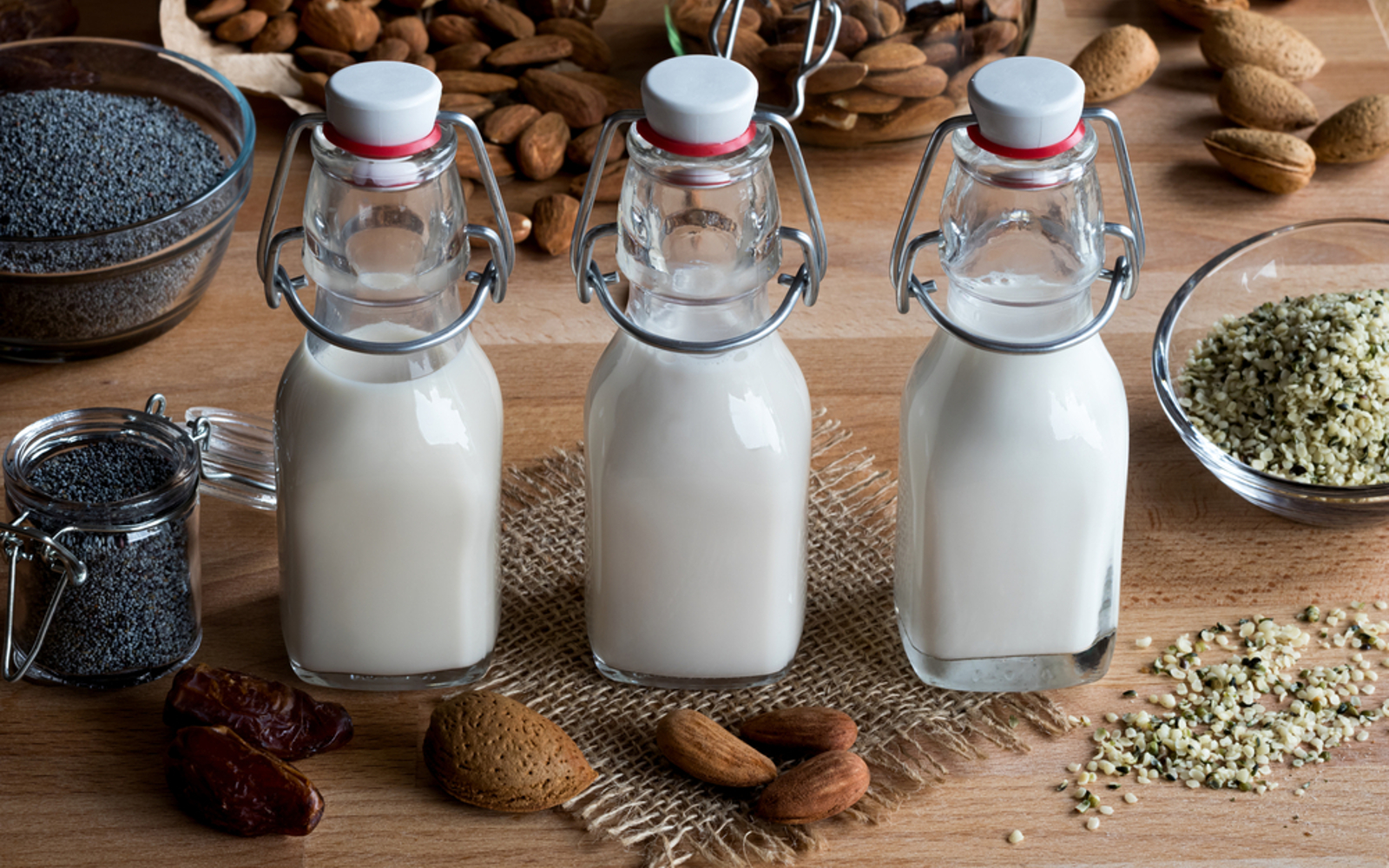 Whether you can believe it or not, we’re already approaching the end of 2017 — and it has been a fantastic year for the plant-based food industry, particularly for the dairy-free milk alternative sector. According to a trend report by Innova Market Insights, the plant-based milk industry is set to reach 16.3 billion in 2018, up from 7.4 billion in 2010. The rapid growth of the industry shows that now, more than ever, consumers are drifting away from cow’s milk and choosing dairy-free and vegan alternatives such as almond milk, coconut milk, pea milk, and more. Reasons for this shift away from dairy range from health and allergies to animal welfare and environmental concerns.

This has led to a very different picture of the “milk” aisle compared to just 10 years ago, when you would likely be limited to just one or two dairy-free options. Today, we can clearly see that plant-based milk is taking over the dairy aisle.

A recently released report by market research firm Packaged Facts titled Dairy and Dairy Alternative Beverage Trends in the U.S., 4th Edition, revealed that we can look forward to even more choices in 2018. The report not only predicts that the plant-based milk industry will reach a projected $28 billion by 2021, it also identified five dairy-free milk trends to look out for in the upcoming year: barley milk, flax milk, hemp milk, pea milk, and quinoa milk. In addition to that, the report mentions companies are expanding the scope of commercially available plant-based milks even more with ingredients such as banana, oat, cassava, potatoes, and others.

According to David Sprinkle, research director of Packaged Facts: “Vegetarians and vegans together account for less than 15 percent of all consumers and their numbers do not grow very rapidly, but a growing number of consumers identify themselves as flexitarian or lessitarian, meaning that they’ve cut back on their consumption of animal-based foods and beverages. It is this group that is most responsible for the significant and ongoing shift from dairy milk to plant-based milk.”

Indeed, we are living at an exciting time where companies are responding to the rising consumer demand for plant-based alternatives to dairy by releasing innovative new products to the market. What was once a fringe trend has emerged as a mainstream force to be reckoned with and we look forward to seeing what the coming year brings for the plant-based food industry.

If you enjoy articles like this, make sure you download our Food Monster App, which is available for both Android and iPhone, and can also be found on Instagram and Facebook. The app has more than 8,000 plant-based, allergy-friendly recipes, and subscribers gain access to ten new recipes per day. Check it out!