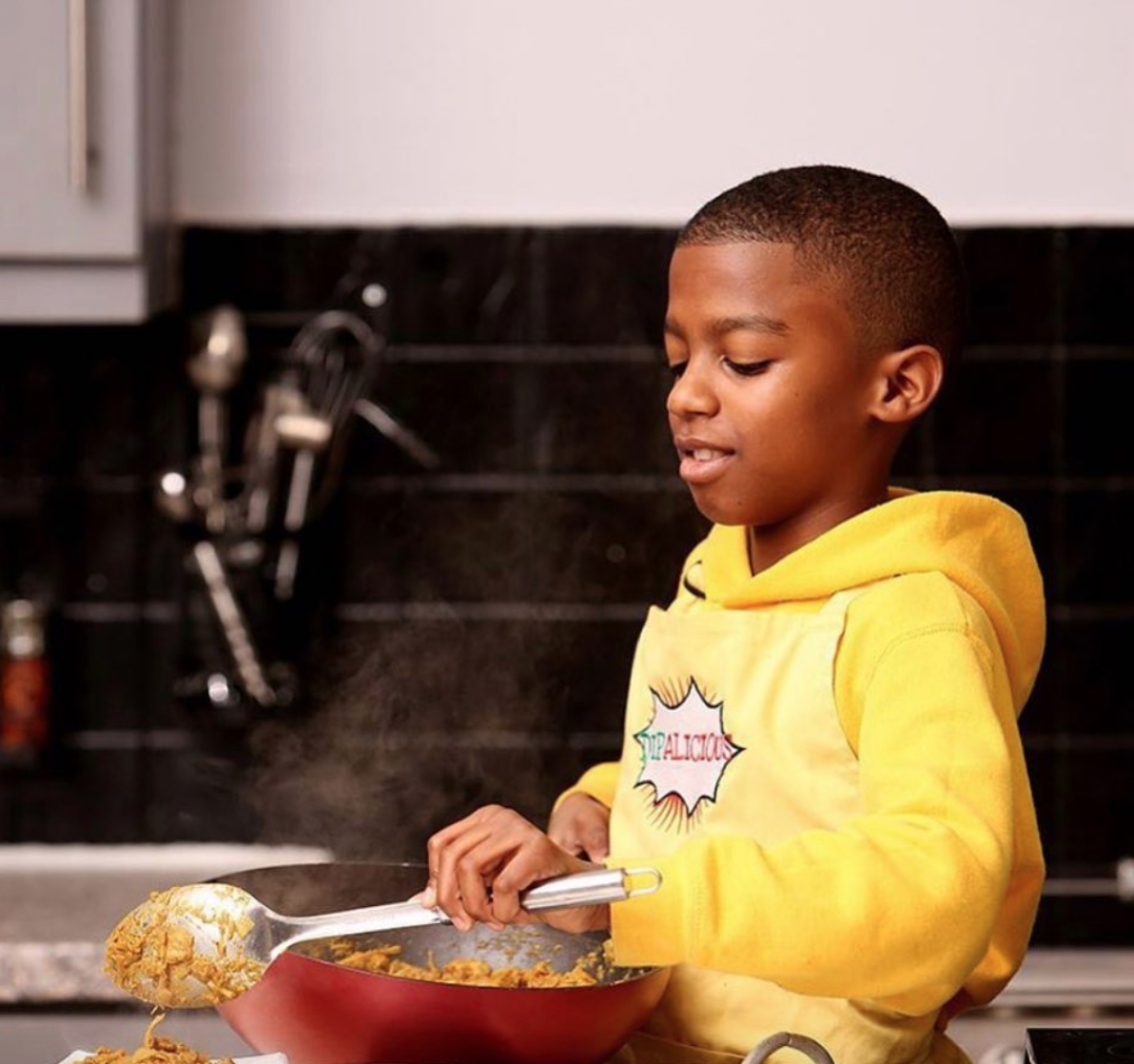 McQueen learned how to cook when he was 7 years old when his mother became sick with a rare type of migraine and his father had to work late hours.

While researching foods that might help his mother, McQueen stumbled upon veganism.

“I looked on YouTube, a video came up and it changed the way I looked at things,” he said. “Why would I eat animals when the world is full of delicious and healthy foods that don’t harm them?”

McQueen gained popularity after his successful a pop-up restaurant in London’s food hall, Boxpark, in 2019. Dipalicious, his vegan company and name of his Caribbean pop-up, featured offerings including pumpkin soup, barbecue jackfruit with breadfruit chips, and callaloo. Some of his recipes are inspired by his Jamaican heritage and the dishes he ate growing up and others are versions of family favorites.

His forthcoming cookbook, which has 30 plant-based recipes, is just beginning for the young chef.

“I want a bus restaurant and to have my own ready meals so people can buy balanced vegan meals on the go,” he said to the TODAY show. “I will also be putting up lots of cooking shows on my YouTube and on the Kidoodle app for people to interact with and would like to have a cooking show like Gordon Ramsay.”