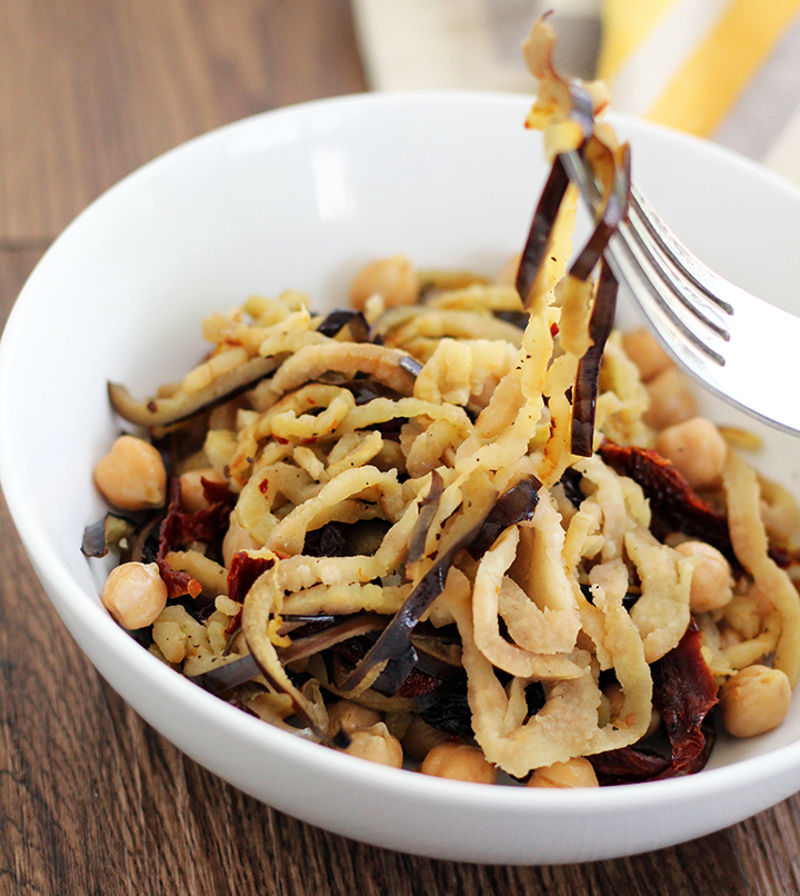 Eggplant is tricky. Because of its soft flesh and plentiful tiny seeds inside, it’s difficult to spiralize. When you load the eggplant into a spiralizer (first making sure to slice the ends off and then chop in half) and pop in Blade C, you’ll notice immediately upon cranking the handle that the eggplant resists. The eggplant flesh gets chopped and the noodles that do materialize are soft and break with a firm pinch. Due to all of this, a full eggplant yields only about 1.5 cups of noodles. That’s a pretty big waste of an eggplant, if you ask me. But, if you’re not concerned about wasting most of the eggplant and want to make eggplant noodles, I’ve included a recipe in today’s post to get you started: Eggplant Noodles with Chickpeas, Sundried Tomatoes, and Raisins.