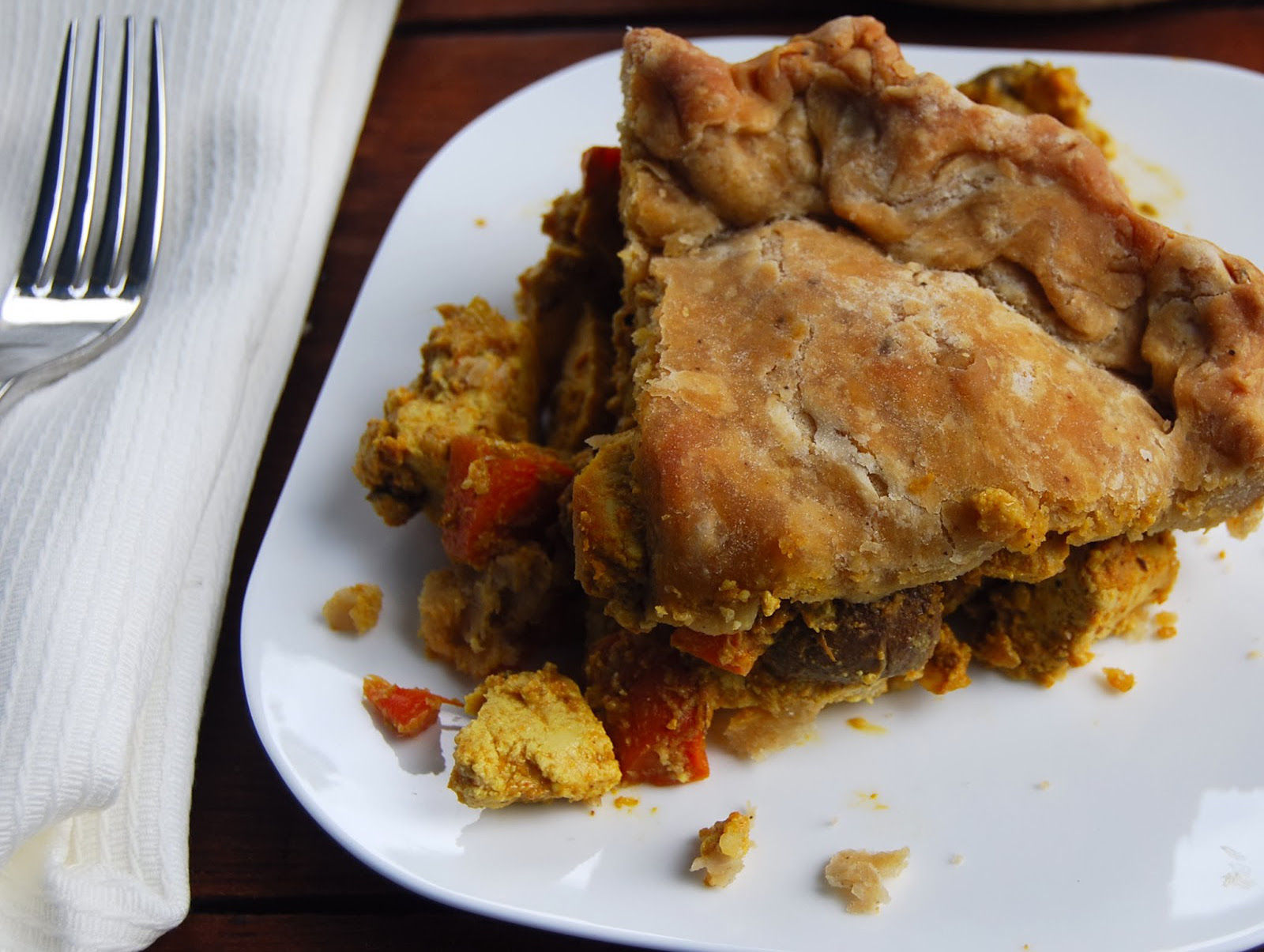 Elegant yet quirky, my Tikka Masala Pot Pie is perfect eats to warm up your tummy on a frigid Fall evening. And I can’t think of a better dish to inject more fun into Thanksgiving dinner. I love pot pies– what’s not to love about bubbling veggies and a creamy filling encased in crisp, flaky pastry– but sometimes vegan pot pies tend to lack that bit of oomph, that surprisingly great flavor you hope to find once you’ve dug your fork into the pastry. A Tikka Masala, full-bodied and flavorful, takes care of that problem. For those who don’t know, a Tikka Masala is not actually an Indian creation. This dish, usually made with chicken, was improvised by Indian chefs in Britain and is so popular in that country that a few years back then British foreign secretary Robin Cook called it a “true British national dish.” Pot Pies, which originated as meat pies, are British in origin also which, I guess, makes my seemingly fusion dish truly British too. Who would have thought? You could make one big pot pie with this recipe, like I did, or divvy it up into eight individual pies before baking. I used a part whole-wheat crust because I wanted to make this healthy enough for everyday eats. For the filling, instead of cream, I used cashew cream, a ton of veggies, and some creamy tofu that I marinated and then crisped to perfection on a skillet.

Vaishali Honawar is a former journalist and the blogger behind Holy Cow! Vegan where she veganizes popular Indian recipes and dishes up food for thought. Vaishali was born in India and now lives in the Washington, D.C. area with her husband, two dogs, and two cats. She is a foster volunteer for the city’s animal shelter and she must be doing something right because one of her foster dogs, Freddie, adopted her for a good six years.