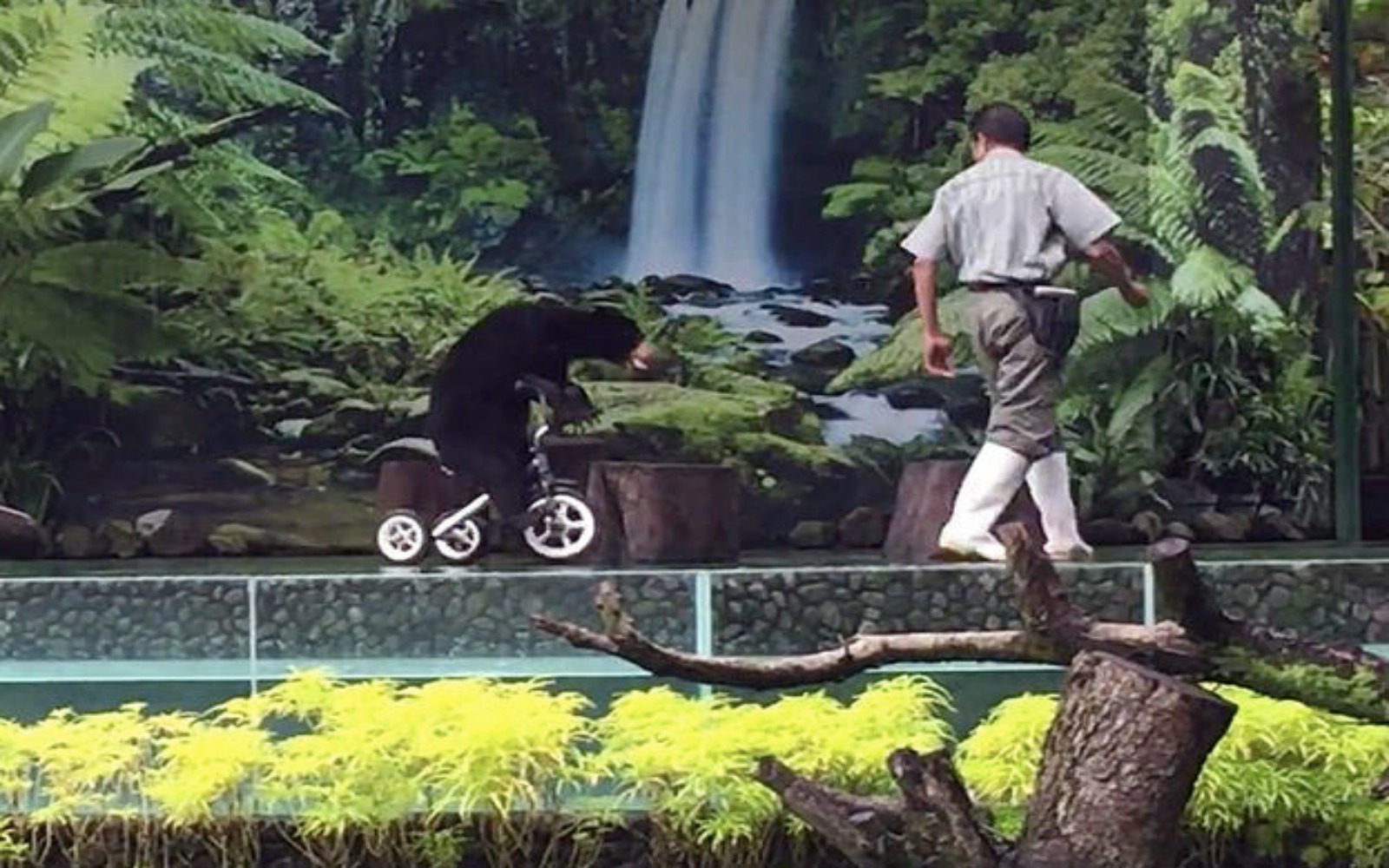 Thanks to efforts by Animals Asia, positive changes for animals just keep coming in Indonesia! The latest change comes from the Gembira Loka Zoo, located on the island of Java. The zoo has discontinued ridiculous animal acts including a sun bear pedaling a tricycle, an otter pushing a cart, and an orangutan forced to posing and grinning for selfies with zoo-goers. These silly and unnecessary stunts were captured by the Scorpion Foundation, one of Animal Asia’s partner groups.

Since the start of the exposé into the cruel acts animals were forced to endure back in February, the foundation has followed up and confirmed that the zoo has indeed kept their commitment to stop these shows!

Animals Asia’s Welfare Director Dave Neale thanked the zoo for doing the right thing in a statement. He also went on to remind animal lovers that the work is far from over as other animals, such as sun bear Ajib and her cub Marsha are still being used as props for tourist selfies.

The recent good news is a reminder of the progress being made by the Indonesian government to modernize their animal cruelty laws and show a more compassionate country. As Animals Asia shares, just this year, the Lembah Hijau Zoo, took steps to end the forcing of sun bears and orangutans to perform unnatural acts for food, and the Kandi Zoo vowed to stop allowing selfies to be taken with their baby orangutan, along with building him a proper enclosure. Several other successes have been reached including the acknowledgment by the Indonesian government the need for standardized laws on animal care.

All of this has been the result of the amazing teamwork by the Scorpion Foundations, Animal Asia, and the Change for Animals Foundation. They continue to work hard on behalf of Indonesia’s captive and wild animals from zoo conditions, cruel sporting and hunting events, and animal cruelty legislation. We certainly hope to see more positive results to come!