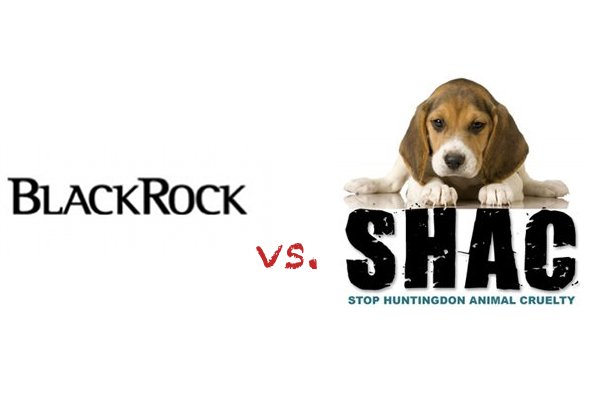 According to the lawsuit, BlackRock claims that since its inception in 1999, SHAC has pepper sprayed a HLS employee “in full view of his family,” fire-bombed cars, and beaten a HLS managing director with ax handles outside his home.

“SHAC’s campaign targets HLS, its employees, business associates, and investors,” the complaint states. “More recently, SHAC and its co-conspirators have identified and pursued tertiary targets, which are entities that have absolutely nothing to do with HLS but who have done business with one or more of SHAC’s secondary targets.”

The suit also claims that the FBI has identified SHAC as a terrorist group and that its members have been criminally convicted.

HLS are the largest contract testing laboratory in Europe. They have about 70,000 animals on site, including rabbits, cats, hamsters, dogs, guinea-pigs, birds and monkeys. These animals are destined to suffer and die in cruel, useless experiments.

According to SHAC’s website, they takes a three tier approach, campaigning against customers who provide HLS with an income and profits; suppliers who provide HLS with vital tools to carry out research and financial links such as shareholders, market makers and banking facilities. SHAC has called on a mass boycott of HLS and is calling on all companies that do business with Huntingdon to turn their backs on animal cruelty.