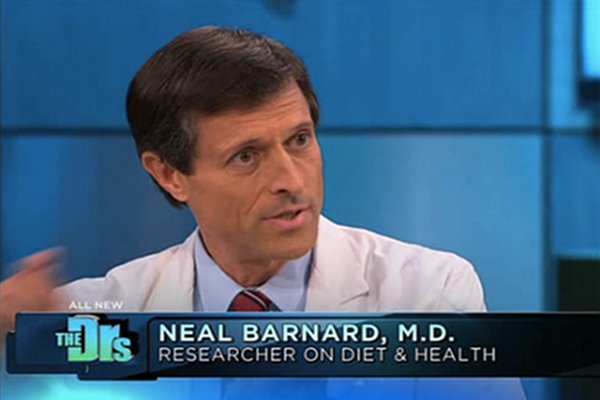 WATCH: Vegans vs. Meat Eaters on The Doctors Show

“The Doctors”, an Emmy Award-winning, one-hour daytime talk show aired an episode on October 26, 2011 that featured a segment discussing whether vegans or meat-eaters are healthier.

The episode featured sisters Kelly (a vegan) and Kaitlin (a meat eater) who are in a constant battle over which one’s diet is healthier.

President of the Physicians Committee for Responsible Medicine, Dr. Neal Barnard, (who is a vegan) was brought in to discuss the benefits of a plant based diet. He pointed out that people who go vegan tend to lose weight without cutting calories or reducing carbohydrates. ”A plant-based diet can actually unclog arteries and reverse heart disease and diabetes, as well,” said Dr. Barnard.

He also discussed studies comparing the affect of different diets on people’s health and showed charts that depicted how vegans have a lower body-mass index and show a lesser frequency of type 2 diabetes as compared to meat eaters.

WATCH THE ENTIRE SEGMENT BELOW: