WATCH: The Most Shockingly Beautiful Video About Factory Farming 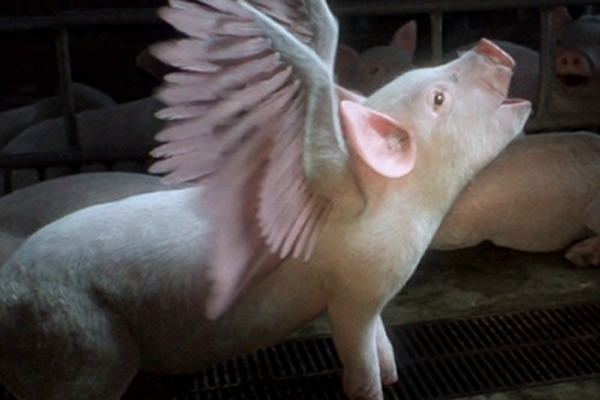 White says, “We know that factory faming only exists because their secrets are secured behind high walls and closed doors—and that an informed community would not knowingly support such cruelty.”

Just in time for Thanksgiving and Christmas, the celebrity-endorsed campaign aims to change consumers’ buying habits to promote widespread change. Animals Australia is encouraging consumers to buy their holiday meat and eggs from farms where animals are kept in more humane conditions or to go meat-free entirely.

Here’s the video they released with the campaign:

The campaign’s announcement was met with criticism by the pork and egg industries for failing to mention important points about animal welfare and the realities of farm life for animals, as reported in the Syndey Morning Herald.

Australian Pork spokeswoman Emily Mackintosh says the industry would phase out sow stalls by 2017 at at he cost of $50 million. The time and cost are due to environmental and planning regulations and investing in new facilities. Mackintosh reports one in three sows in the nation are already stall-free.

Animals Australia ultimately promotes a vegan lifestyle, and if more consumers reduce their consumption of animals, then the industry will have less pressure to mass produce and can keep prices low.

Where the two sides seem to be in agreement is that consumers should and must make the ultimate decision based on information, not manipulation. The question is: who is manipulating whom?