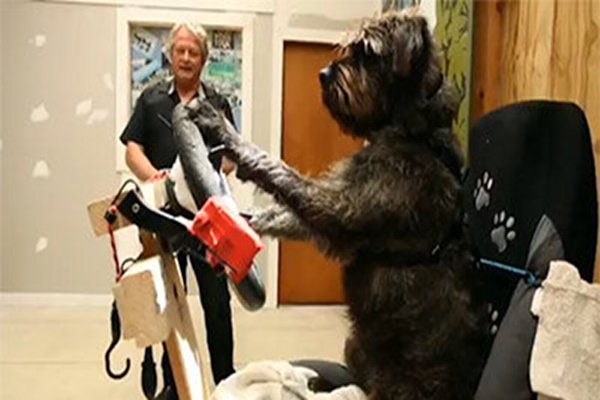 In an attempt to draw attention to the plight of homeless dogs and help find good homes for them, the SPCA of Auckland, New Zealand decided to do something a little different. They spent eight weeks training Porter, Monty and Ginny (three mixed breed dogs) who will soon show off their skills by driving Mini Coopers live on television in New Zealand.

The goal is to dispel the myth that shelter animals are unintelligent or not as good as pure breed dogs from breeders.

They don’t have a license, so that poses some challenges, so it’s a very controlled environment,” Auckland SPCA CEO Christine Kalin told ninemsn. “It’s an off-road raceway track and at all times we have a remote capacity to stop the car should we need to.”

Let’s hope they pull it off safely and that these special dogs and their friends find loving homes soon!

Watch the video promoting the live television special below: