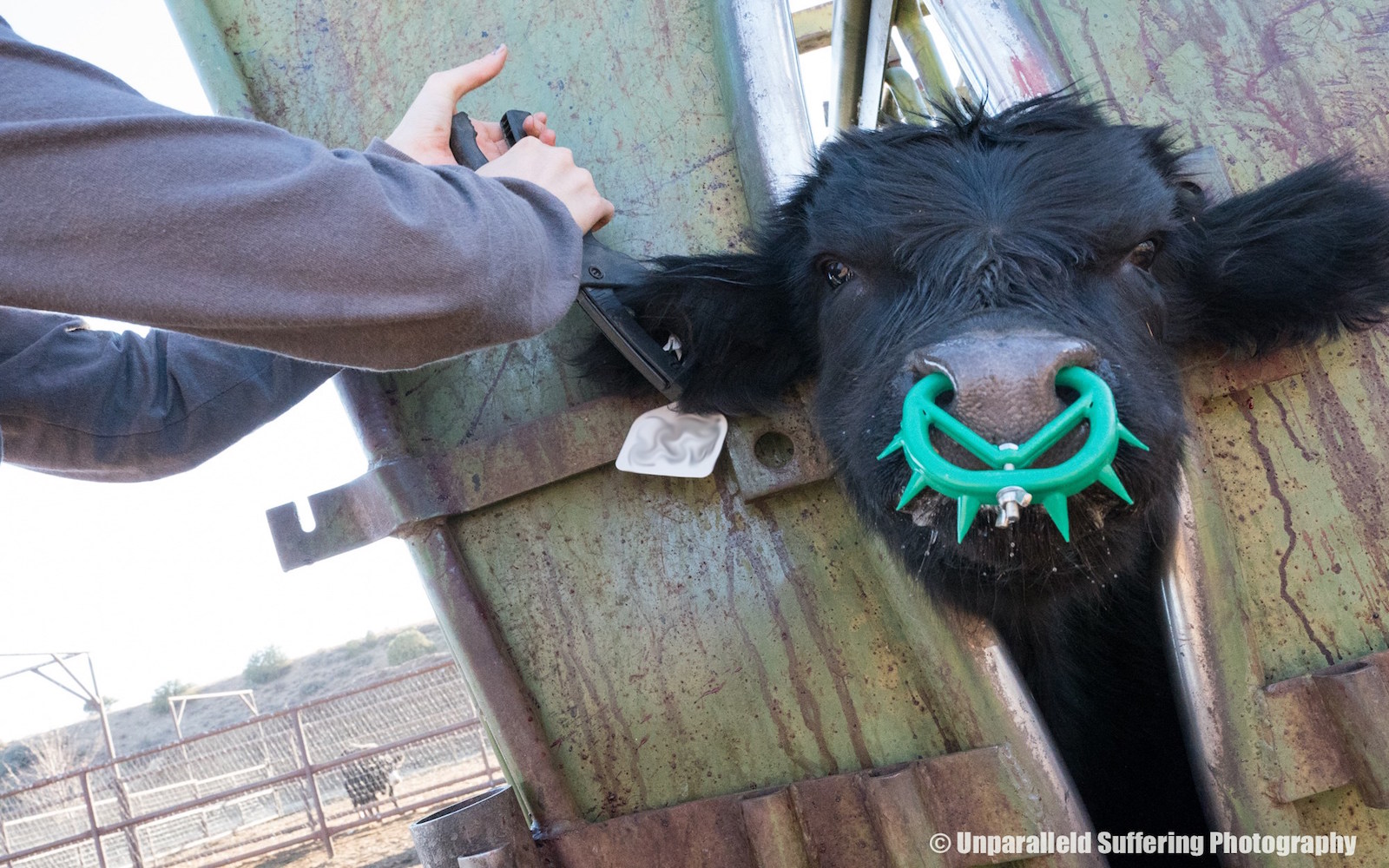 Many people believe that, compared to other farmed animals, dairy cows have it pretty good. What’s more, consumers who don’t know the truth about the dairy industry often see nothing wrong with humans harvesting the milk of these animals; after all, cows were made to produce milk, so what’s so wrong with us using some of it?

Well, there are quite a few things that aren’t exactly innocent about the way in which we go about taking milk from cows. For instance, did you know that newborn dairy calves are almost always stolen from their mothers mere moments after they come into the world? Well, it’s the truth, and it happens all so that the milk produced by the mother cows can go to humans rather than their calves (who it was actually meant for).

And on the off chance that a calf is allowed to stay in close proximity to its mom for more than its first few minutes on Earth, the baby cow’s fate will arguably be even worse: In order to ensure that the calf cannot nurse on its mother’s udders and suck up precious milk that has been designated for human use, the cow will have a horrible device called a “calf weaner” shoved through its nose.

Then, the poor animal will have a hole punched through its ear so that the dairy farm workers can recognize it by a number rather than bothering to give it a name.

Just look at this heartbreaking image from Unparalleled Suffering of a calf who has gone through these torturous procedures.

While you likely won’t see calves with these terrible rings in their noses on display if you visit a dairy farm, the undeniable truth is that these animals are being treated like property rather than living creatures — whether we consumers see it or not.

How could people possibly treat adorable baby cows in such a cruel manner, you ask? It seems that the pursuit of profits can make humans do just about anything, including depriving animals of their basic rights.

In the U.S. alone, dairy farms churn out a whopping 196 billion gallons of milk annually. These operations often attempt to justify their inhumane treatment of cows by claiming that ripping calves away from their mothers is “necessary” in order to meet the high consumer demand for dairy products.

But things don’t have to be like this. Together, we have the power to end the senseless suffering inflicted on dairy cows throughout their lives by making one simple choice: to swap out milk and cheese for healthy and delicious plant-based alternatives.