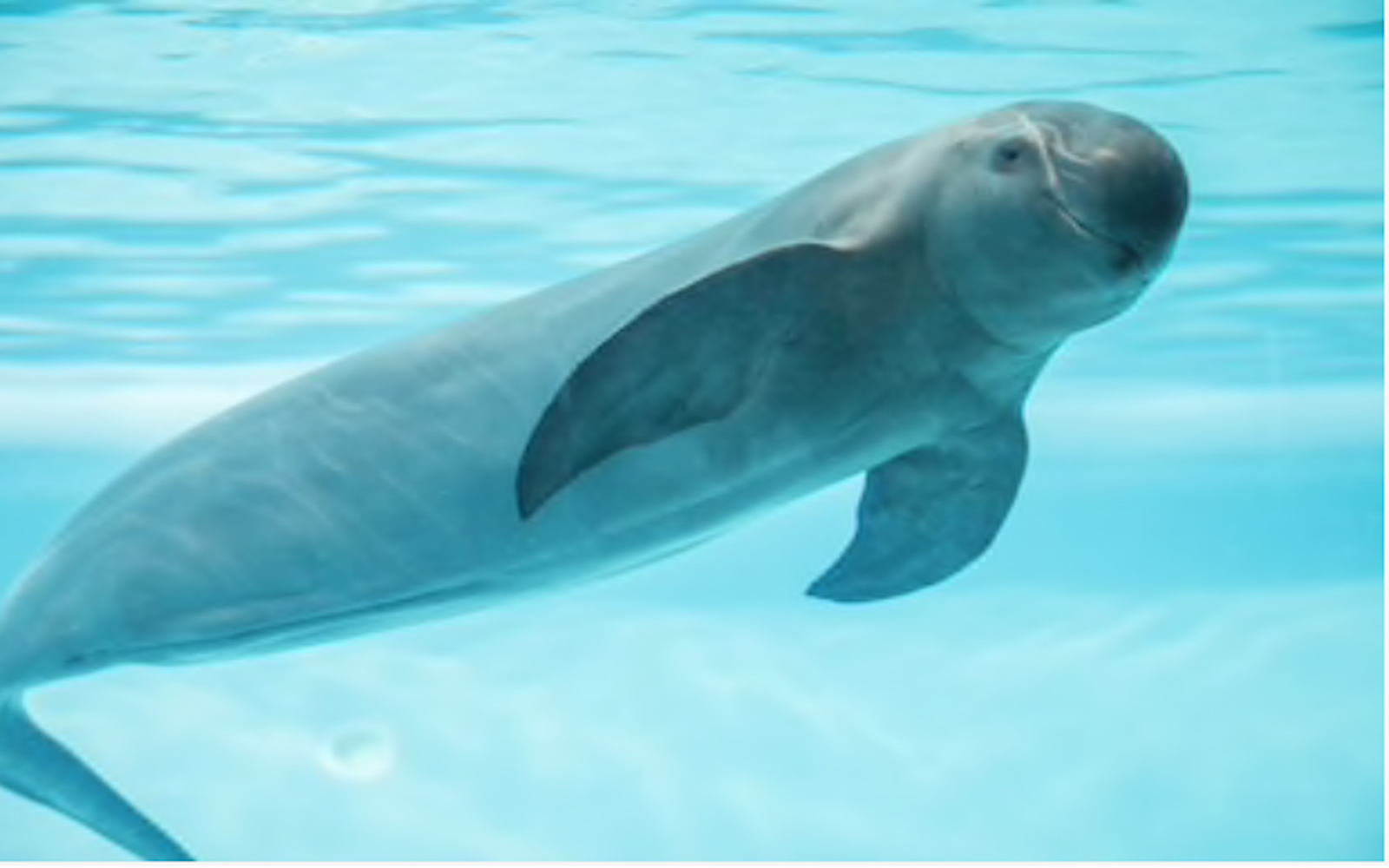 The vaquita, also known as “the panda of the sea” due to the panda-like black rings around its eyes, is the smallest porpoise known to exist on the planet. And unfortunately, this unique species has been drawing ever nearer to extinction in recent years, largely due to illegal fishing in the upper Gulf of California, its native habitat.

Earlier this year, a report revealed that the number of vaquitas left in the wild could be as few as 12, and the World Wildlife Fund (WWF) gave an urgent warning that these rare porpoises could very well disappear completely before the end of 2018 if business as usual continues.

However, there has been a small but promising glimmer of hope for vaquitas; during a recent 11-day study, a team of marine scientists from the International Committee for the Recovery of the Vaquita (CIRVA) spotted six of the porpoises swimming in the wild, one of which was a calf.

While the news of these recent sightings is certainly heartening, we shouldn’t get too excited about it. After all, vaquitas are still in grave danger of going extinct due to human-related threats.

Since CIRVA’s last full population estimate for the porpoise, which was conducted in 2017 and estimated that no more than 30 individuals existed in the wild, at least seven of the elusive cetaceans have reportedly been killed or died due to illegal fishing. Further, scientists worry that additional members of the vulnerable mammal species may have gotten caught in gill nets and drowned, making the death toll even higher.

While it is difficult to say exactly how many vaquitas are left in the wild at present, one thing is for certain: The adorable porpoises desperately need all the help they can get if they are to have a fighting chance at continued survival.

If you’d like to help protect these precious sea creatures, please consider making a donation to one of the awesome organizations working to revitalize the species, such as VIVA Vaquita, Porpoise Conservation Society or Sea Shepherd Conservation Society.

Another way you can help save this near-extinct marine animal and other residents of the sea is to limit or completely eliminate your personal consumption of seafood. For more information on how skipping fish can help heal our sick oceans, check out the Eat For The Planet book and the articles below: