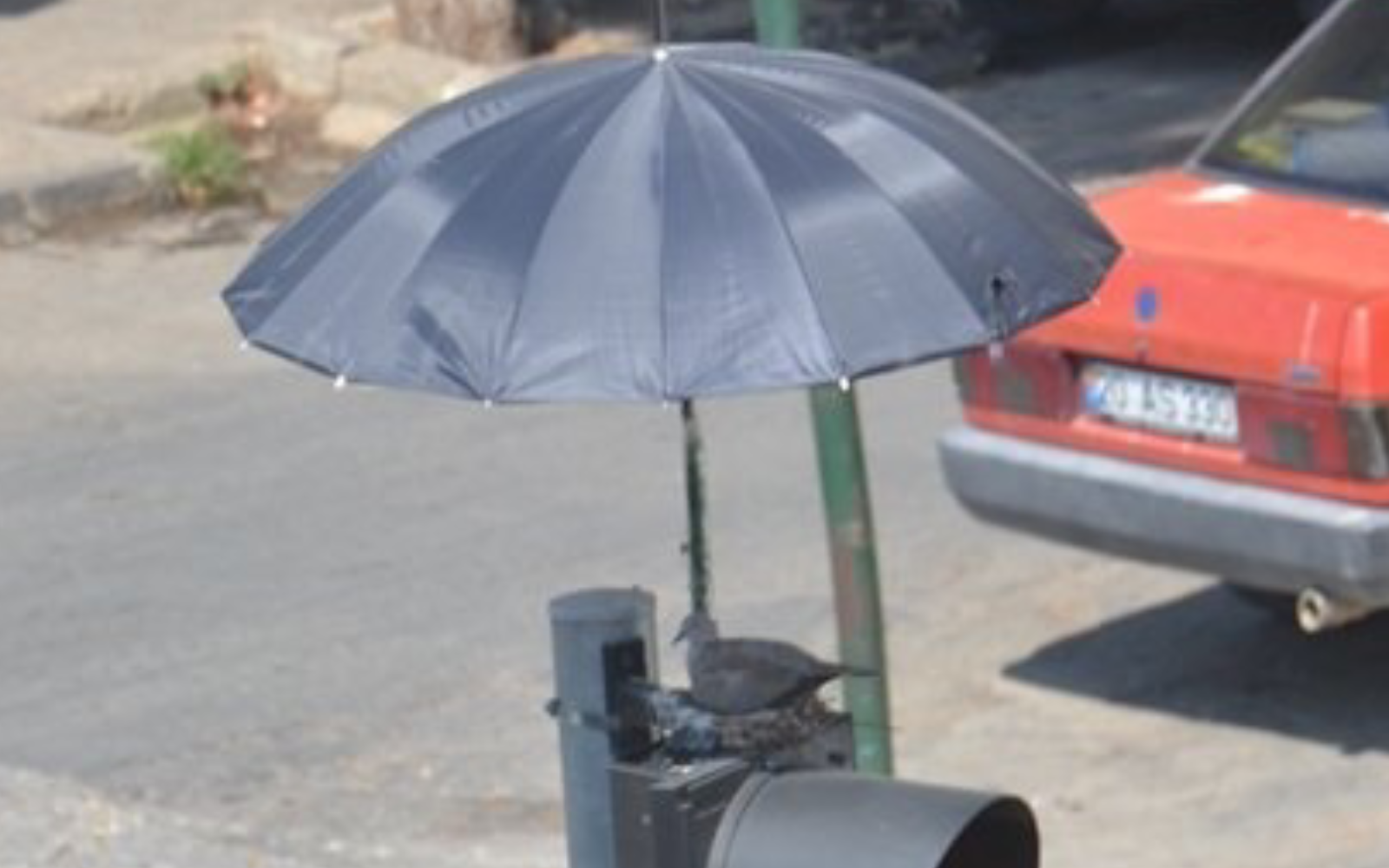 Let’s start our week off right with a good news story all the way from Turkey!

About a year ago, a mother dove chose the most unlikely place to set up her nest, on top of a traffic light that overlooks a busy intersection in the Turkish city of Izmir. Because of the tenuous position she put both herself and her unborn chicks in, this new mom began to draw the attention of those around her, including vet Hakan Erdoğan. It took a little while for trust to be built up between them, but after some patience, the dove allowed Erdoğan to get up close.

This tentative friendship soon proved life-saving, since Erdoğan had to rescue a baby dove who had fallen from another nest in the city. With his quick thinking and trust in his new friend, Erdoğan placed the baby dove in the nest of our traffic light dove, where they were instantly accepted. The mother cared for her foster daughter for a year until she was old enough to fly away.

This dove fostering has now taken off! Because Erdoğan has since brought another fallen baby dove to this mother, and she has happily raised and adopted them as well. And since karma is a beautiful thing, this story gets even better! Erdoğan returned to the traffic light recently to find that a kind stranger had put up an umbrella for the dove, to shelter her from the elements as she raises her young.

No one knows who put the umbrella there, but news has already spread, and this mother dove has now made Turkish news! Erdoğan is hoping these acts of kindness are inspirational to others. He told the Dodo, “I want this kind of event to be a model for everyone. It’s a human event.”

A new generation of doves is about to be born under this umbrella, with our traffic light mom having laid two more eggs of her own. It is refreshing to hear a positive story about animals living in our cities and their relationships with us humans!