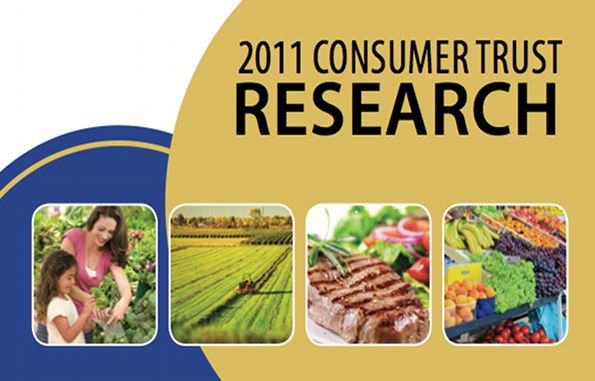 According to a new survey conducted by the Center for Food Integrity (CFI), a nonprofit organization established by companies like Monsanto, the American Farm Bureau, the Midwest Dairy Council, and the National Pork Producers Council, U.S. consumers are rapidly losing confidence in the food industry and expressing more concern for animal welfare.

According to the CFI survey, this is being caused by generational and geographic distance between farmers and consumers, technological advances in farming, and changes in farm size and structure. In addition, consumer alienation from agriculture and the food system is being expressed through concerns about nutrition, food safety, affordability, environmental sustainability, animal welfare and other issues.

On the issue of animal welfare, 51 percent of survey respondents strongly agreed with the statement “If farm animals are treated decently and humanely, I have no problem consuming meat, milk and eggs.” Having 51 percent of the respondents strongly agree with this statement might be viewed as a positive until they reviewed the data from previous years. While this number is 3 percent lower than in 2010, it is 12 percent lower than in 2007. If this trend line continues, fewer than half the respondents will strongly agree with this statement next year!

In addition, level of strong support for the statement “I would support a law in my state to ensure the humane treatment of farm animals” fell from 52 percent to 44 percent. CFI is not sure if this reflects a general frustration with government and the public’s fatigue with new laws, because it’s the first time there’s been a drop in support for this statement over the five-year history of the survey.

Overall, the CFI survey provides some interesting insights not only into consumer opinions about agricultural policies and animal welfare, but also into how Big Agribusiness approaches the problems with the food system.