WTH?! Owner of Infamous Truck Stop That Housed Tony the Tiger Is Now Displaying a Camel 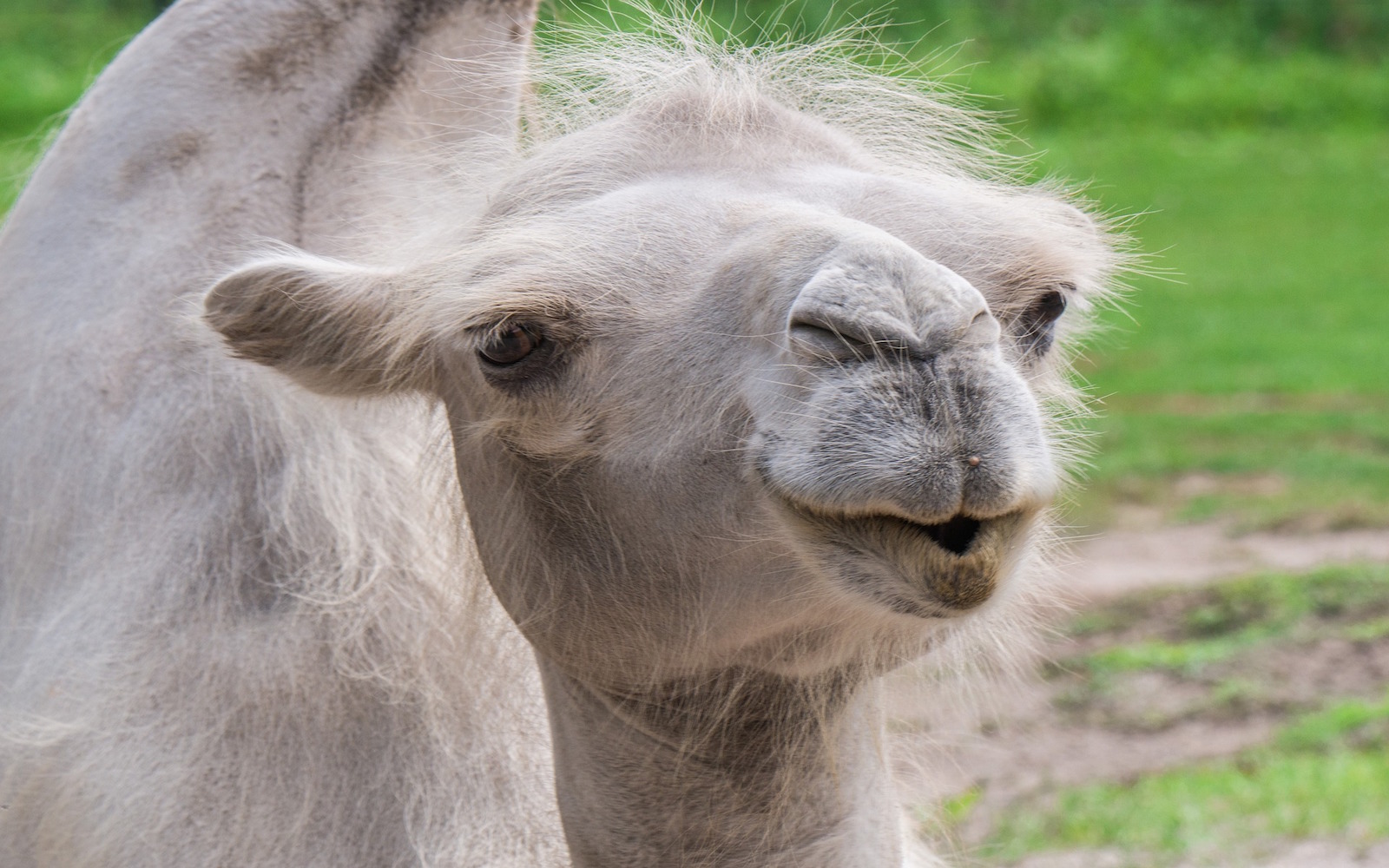 Last year, a gas station truck stop in Grosse Tete, Louisiana became infamous for a very unfortunate reason: Tony, the Siberian-Bengal tiger who had been caged at the truck stop since he was six months old, was euthanized after suffering from kidney failure. Tony’s tragic story showed us exactly why it needs to be illegal for wild animals to be confined for human entertainment.

But unfortunately, Michael Sandlin, the man who put Tony on display in a cramped metal enclosure at the loud, fume-filled truck stop for nearly two decades and failed to provide for the medical needs of the aging tiger, still hasn’t gotten the message.

While state laws have prohibited him from obtaining another exotic cat, for some reason Sandlin has been allowed to add two more wild animals to his disturbing truck stop “exhibit”: Caspar, a five-month-old camel, and Cody, a two-month-old coati (a member of the raccoon family native to Central and South America). Not to mention, Sandlin reportedly plans to keep expanding his “petting zoo” and has even expressed a desire to obtain another tiger to take Tony’s place.

Animal rights activists everywhere are infuriated and in awe that Sandlin is getting away with this, and they are speaking up to demand that these exotic animals be relocated from the busy, polluted truck stop parking lot to a more suitable home immediately. The Animal Legal Defense Fund (ALDF), the organization which successfully defended Louisiana’s big cat ban when Sandlin challenged its constitutionality, is at the forefront of the fight to stop Sandlin from being allowed to put live animals on exhibit at the gas station.

Stephen Wells, executive director of the ALDF, reportedly said, “No wild animal deserves to follow in [Tony’s] steps. Wild animals do not belong in captivity. An environment like a truck stop with loud noises and gas fumes completely fails to meet any wild animal’s mental and physical needs.”

If you agree that it’s far past time that someone put an end to Sandlin’s cruel practice of holding wild creatures hostage at his truck stop, please consider donating to the ALDF. By making a contribution, you will help this amazing organization give these innocent animals a voice and secure a future for them that doesn’t include being subjected to deafening noises, breathing in toxic fumes, and being endlessly harassed and gawked at.