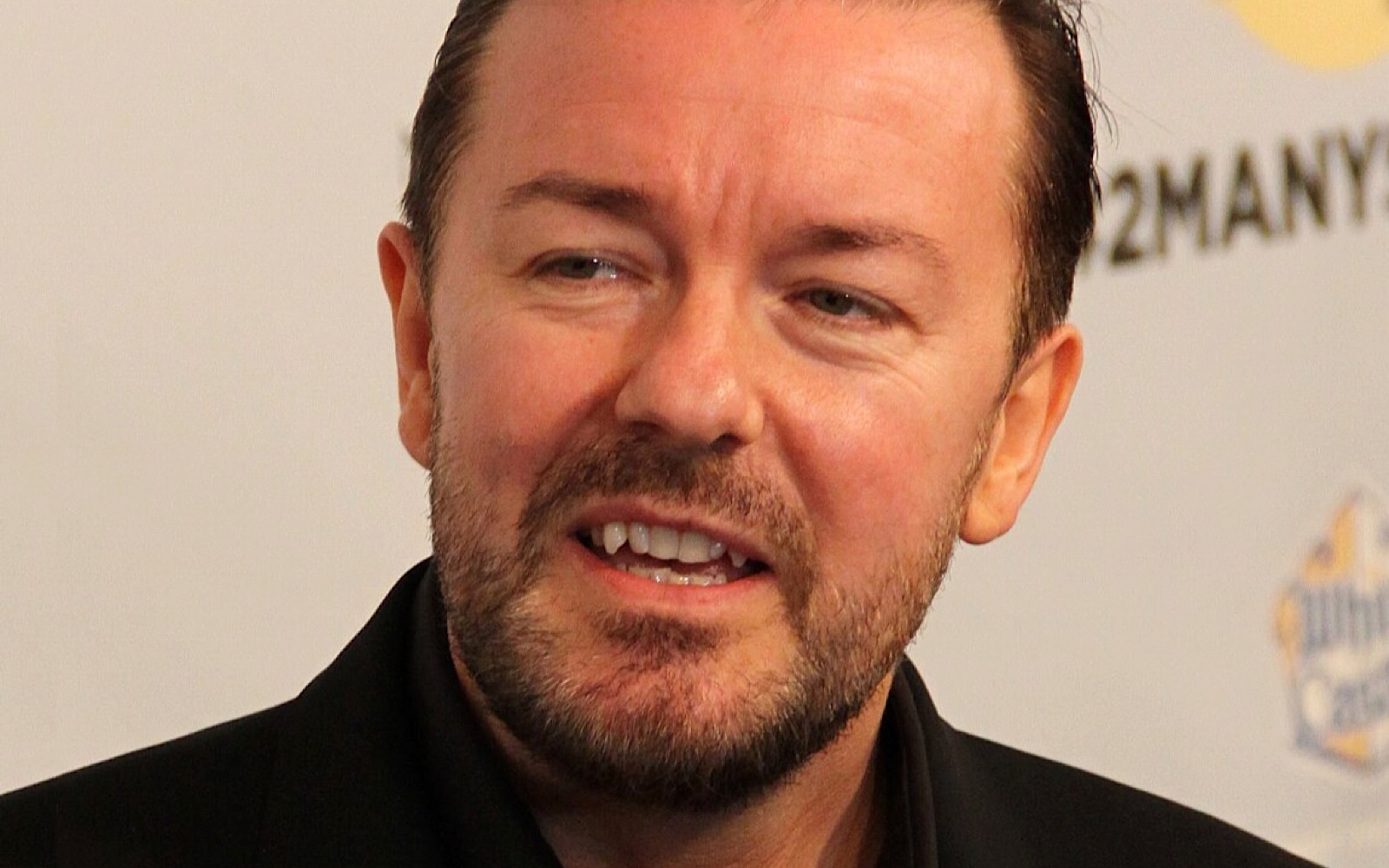 Trophy hunting is a sick and disturbing practice that is killing off the last remaining members of precious African wildlife. For the right price, hunters can pick and choose what animal they wish to kill, and with unnerving smiles, typically pose proudly next to the animals after senselessly killing them. These photos often end up biting them in the rear end, as with the Internet, these images can spread like wildfire and stir up quite a bit of anger and disdain from the public.

Of course, we all remember the tragic story of Cecil the lion that brought widespread attention to the issue of trophy hunting, but another trophy hunter, Tess Thompson Tally, has been gaining quite a bit of opposition, from the general public and celebrities alike. She killed a rare black giraffe bull around a year ago, but the photo recently resurfaced, and Tally defended it by saying the kill was for “conservation.”

Last we checked, paying thousands of dollars to kill an animal does NOTHING to contribute towards conservation. 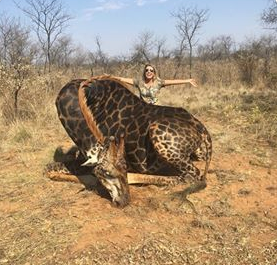 Smart people are rolling their eyes a million times at this type of justification, as killing animals can absolutely in no way help keep them alive. Ricky Gervais, always an outspoken advocate for animals, noted in a tweet from mid-June that giraffes were “now on the ‘red list’ of endangerment due to a 40 percent decline over the last 25 years”.

He went on with a few choice words in reaction to this latest flagrant display of trophy hunting ignorance, which can be read here, and tweeted, “I’m sick of Trophy Hunters trying to excuse their grim sport by saying they provide a service. They exploit the needs of the poor … It’s not a good deed.” You can read the full text below – we’ll warn you, it’s Ricky Gervais, so of course there’s some colorful (albeit, well-deserved) profanity sprinkled in. 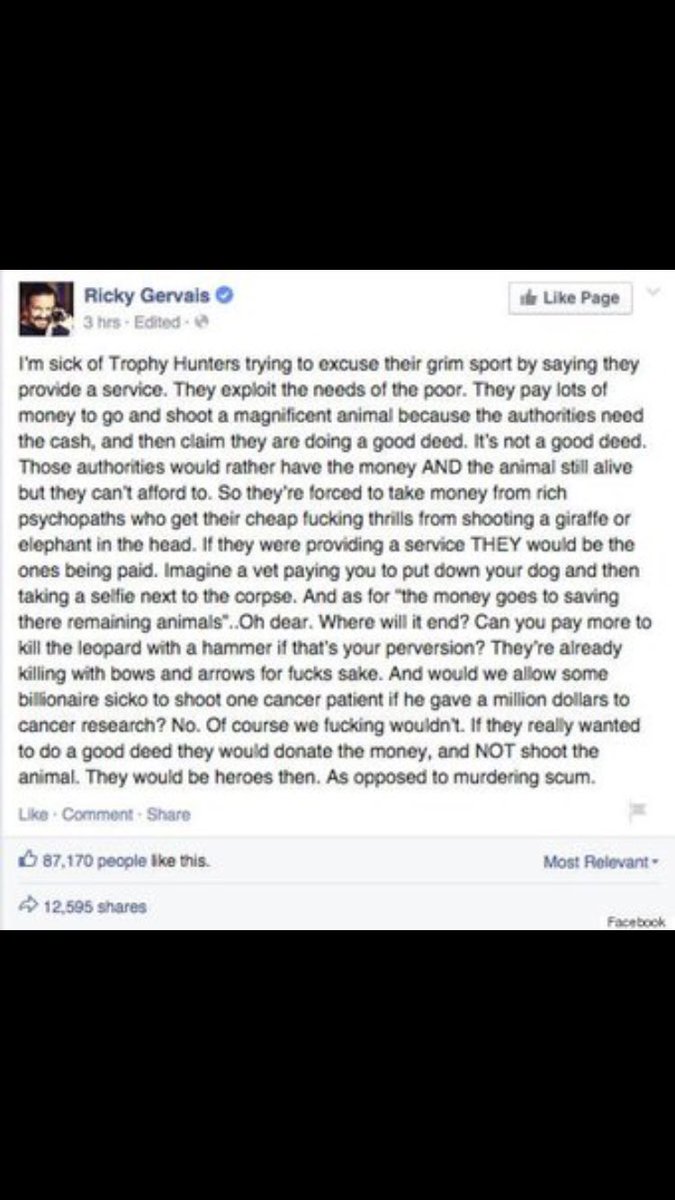 Gervais concluded, “If they really wanted to do a good deed they would donate the money, and NOT shoot the animal. They would be heroes then. As opposed to murdering scum.”

We couldn’t have said it better! Thank you, Ricky and all other animal advocates for speaking up on behalf of animals. And please remember to share this with your network as a reminder why trophy hunting must end NOW!