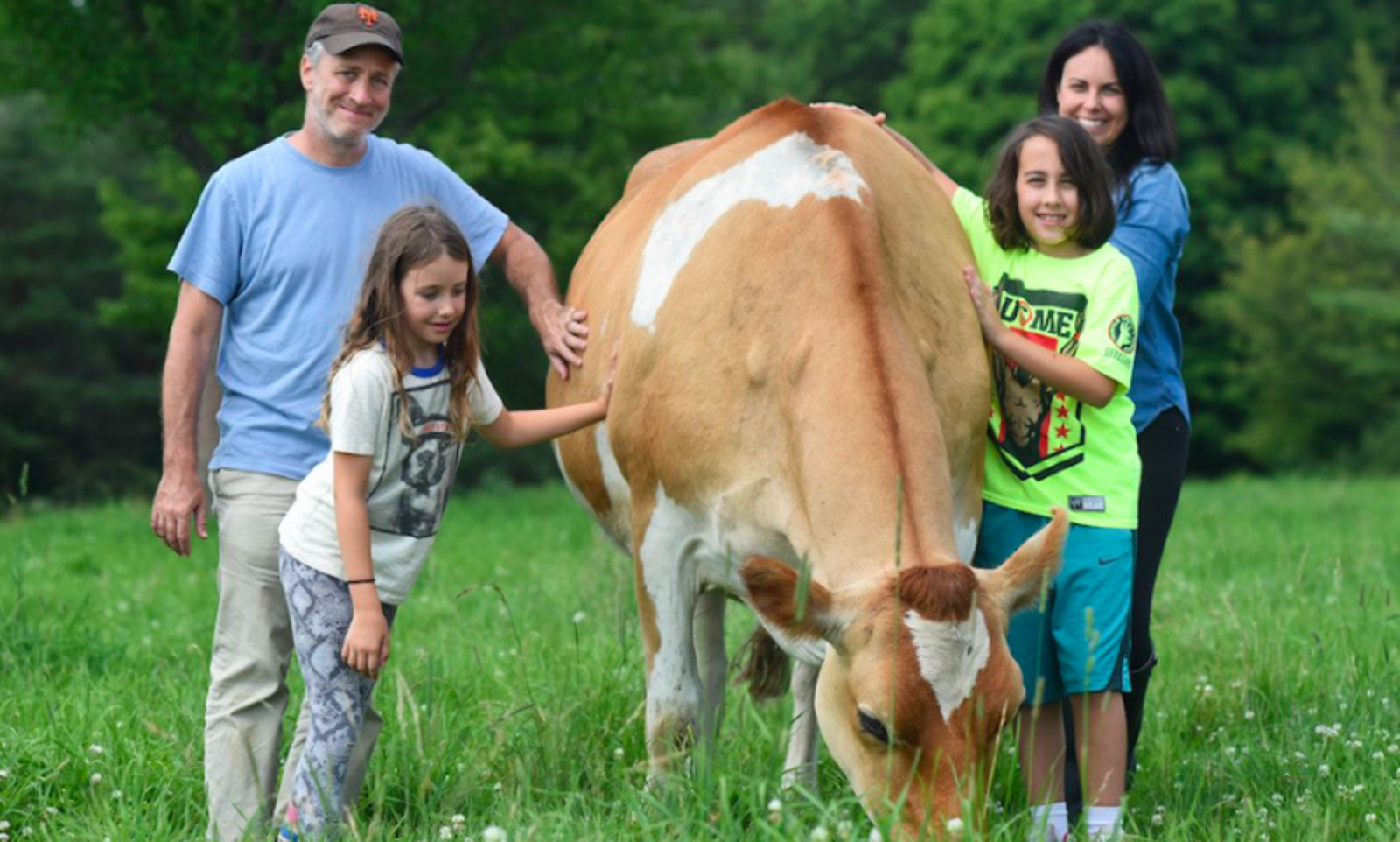 Since his retirement last summer, Jon Stewart has been quite busy working with his family to turn their 12-acre property in Middletown, New Jersey into “Bufflehead Farm,” the ultimate haven for rescued farm animals.

The “Daily Show” host and his family partnered with Farm Sanctuary and always intended for their space to incorporate an education and outreach center in addition to being a sanctuary. In order to prepare for this end goal, the Stewarts recently purchased a 45-acre plot of land that will encompass three houses and 12 buildings. Their plan is to use all of the buildings for sanctuary operation, as well as renovate one to be utilized as a visitor center.

According to the planning papers filed, 15 acres of the land would be used to grow crops to feed the animals. How many animals will get to experience the joy of this new space? Well, according to the contract, the haven could include “four to six cows, two to four pigs, six to 10 sheep, six to 10 goats, two to four horses, and up to 50 chickens.”

Bufflehead isn’t just aiming to better the lives of animals either. Their paperwork states that a school curriculum focused on sustainable agriculture, animal care, and healthy diets (to name a few) will also be put in place. Considering the massive environmental impact that animal agriculture has on the planet, it’s immensely important that the children of today realize the gravity of the problem and are equipped with the knowledge and tools to help tackle it in the future. Hopefully, with this curriculum in place, schools will feel motivated to take their students to the Stewarts’ sanctuary instead of traditional farms, where they hardly get an accurate portrayal of our modern agriculture and food system.

Considering all the amazing work the Stewarts have been able to do on their 12-acre farm, we’re excited to see what they’ll be able to accomplish after the expansion! Plus, with a sustainability mission running parallel to the operation, it looks like the benefits of the operation will go far beyond the farm itself.