With every passing day, New York authorities continue to lazy-off about the need for horse carriage reform, and each day this happens is another day where animal and human lives are put at risk.

Unfortunately, we have yet ANOTHER horse carriage accident to share. According to reports, a horse named Arthur was spooked by the opening and closing of an umbrella and took off down 59th street, riders in tow. Though the driver of the horse jumped off to try and calm the animal down, it didn’t prevent Arthur from crashing into three parked cars before stopping.

The photos clearly show how dangerous horse-drawn carriages are, but we can’t begin to imagine how terrifying it must have been for the horse and the passengers! 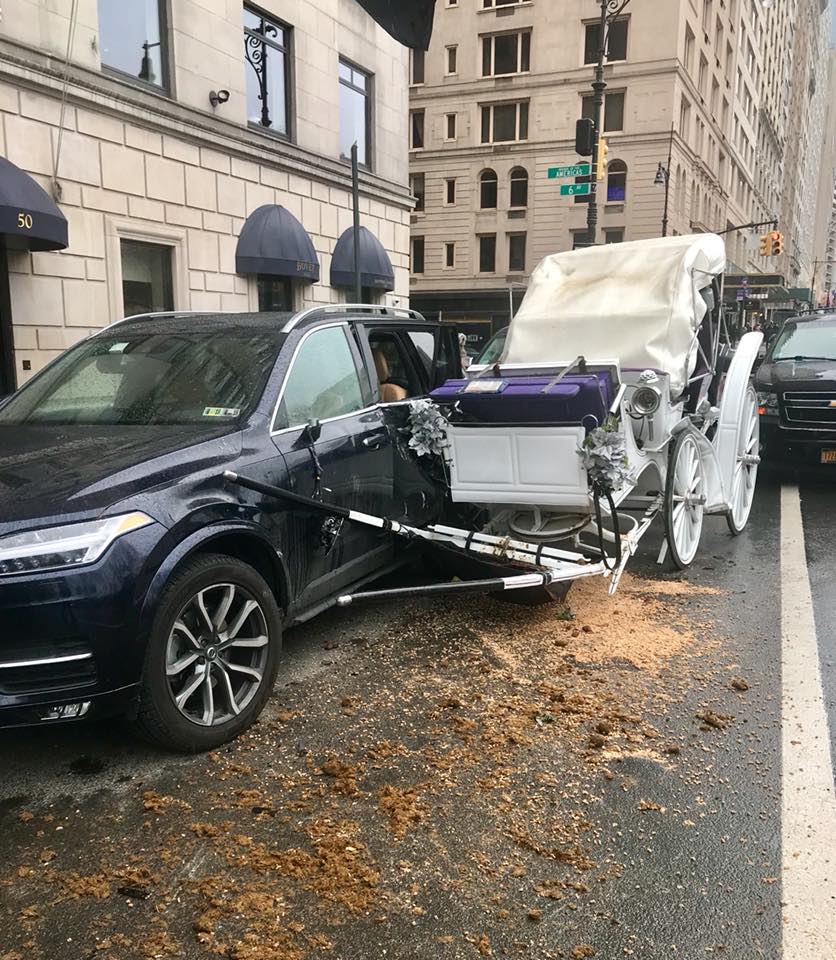 Despite the driver’s level of training or experience, you can’t stop a horse from getting spooked when something scares them – with their poor depth perception, it is not an uncommon occurrence … especially in crowded city traffic. This fact and the irresponsible actions by carriage drivers are among reasons why NYCLASS is urging city policymakers to make serious changes to horse-drawn carriage operations before someone sustains more serious injuries than this last disaster. 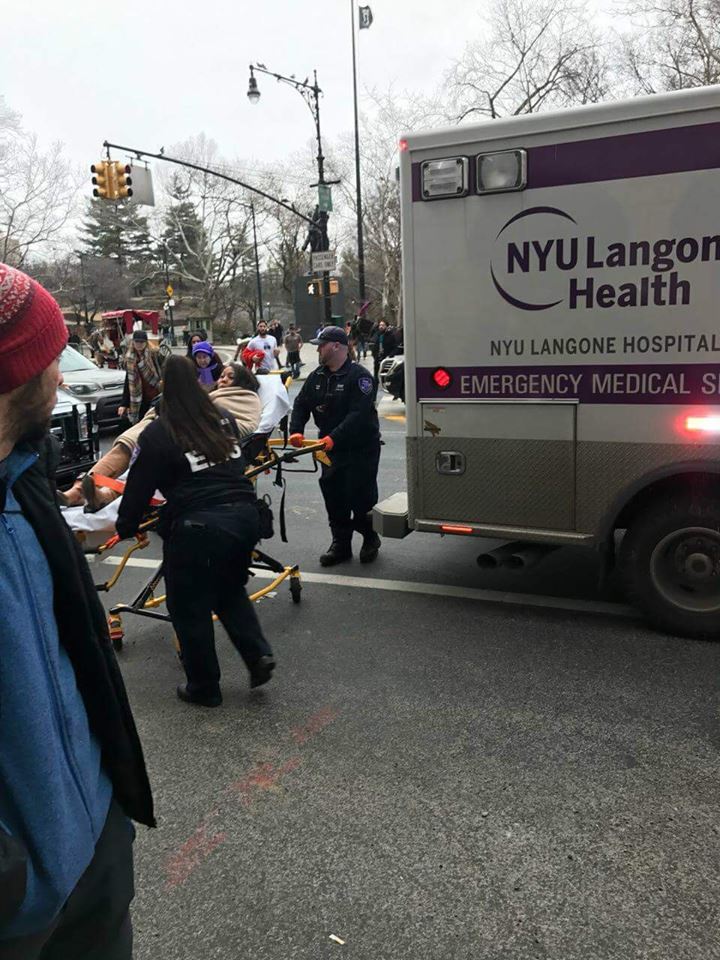 Edita Birnkrant, executive director of NYCLASS, stated, “I think this really highlights that horse carriages do not belong in chaotic traffic. This was a horrifying crash that happened. This horse spooked; ran completely out of control with no driver. The enforcement of these carriages is a joke and it has only gotten more lax in the last four years despite repeated assurances from City Hall.”

The reform bill that NYCLASS is presenting would protect horses, pedestrians, and even the carriage drivers themselves. An important part of the legislation would be restricting them from Columbus Circle, as this area in Central Park South is very busy, very loud, and very dangerous. You can help push this crucial legislation to the forefront by calling relevant council members and voicing your support of horse-drawn carriage reform in NYC!