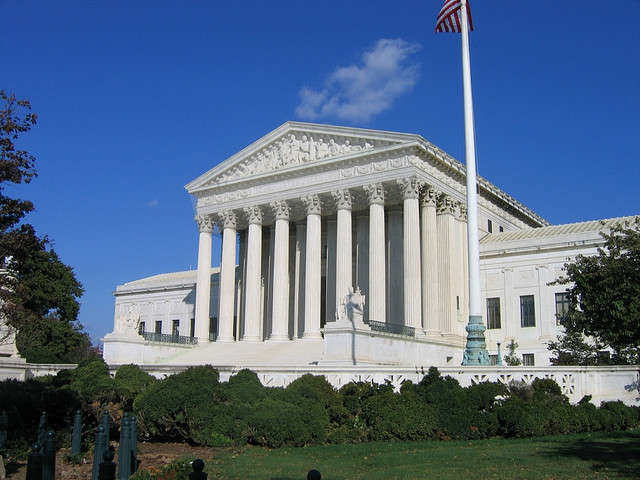 The Supreme Court of the United States seems to be leaning towards blocking a California law that would ban the purchase, sale and butchering of downed animals (those too sick and disabled to walk). The law was passed in 2009 after the 2008 release of an undercover Humane Society video showing workers abusing sick cows at a Southern California Slaughterhouse.

The court heard an appeal from the National Meat Association, which wants the state law blocked from going into effect, saying the new law interfered with federal laws that require inspections of downed livestock before determining whether they can be used for meat.

Sick animals (downers) can languish for days without veterinary care or anyone to see to their most basic needs. Frequently subjected to extreme cruelty, they are prodded, kicked and beaten in attempts to get them to slaughter.

The handling of downers is not just an animal protection issue. “Inability to stand can be a symptom of disease that could threaten public health. Compared to those able to walk, downed cows were found to have 3 times the prevalence of E. coli O157:H7, the strain that kills dozens of Americans a year,” wrote Dr. Michael Greger in a recent article discussing public health risks of allowing meat from downed animals in our food supply.

However, the U.S. Supreme Court justices repeatedly suggested that California went too far with protecting animals already regulated by federal law and overseen by the U.S. Agriculture Department.

“California should butt out,” said Justice Antonin Scalia at one point.