Study Links Air Pollution to Decreased Cognitive Function – What Does the World’s Appetite for Meat Have to do With This? 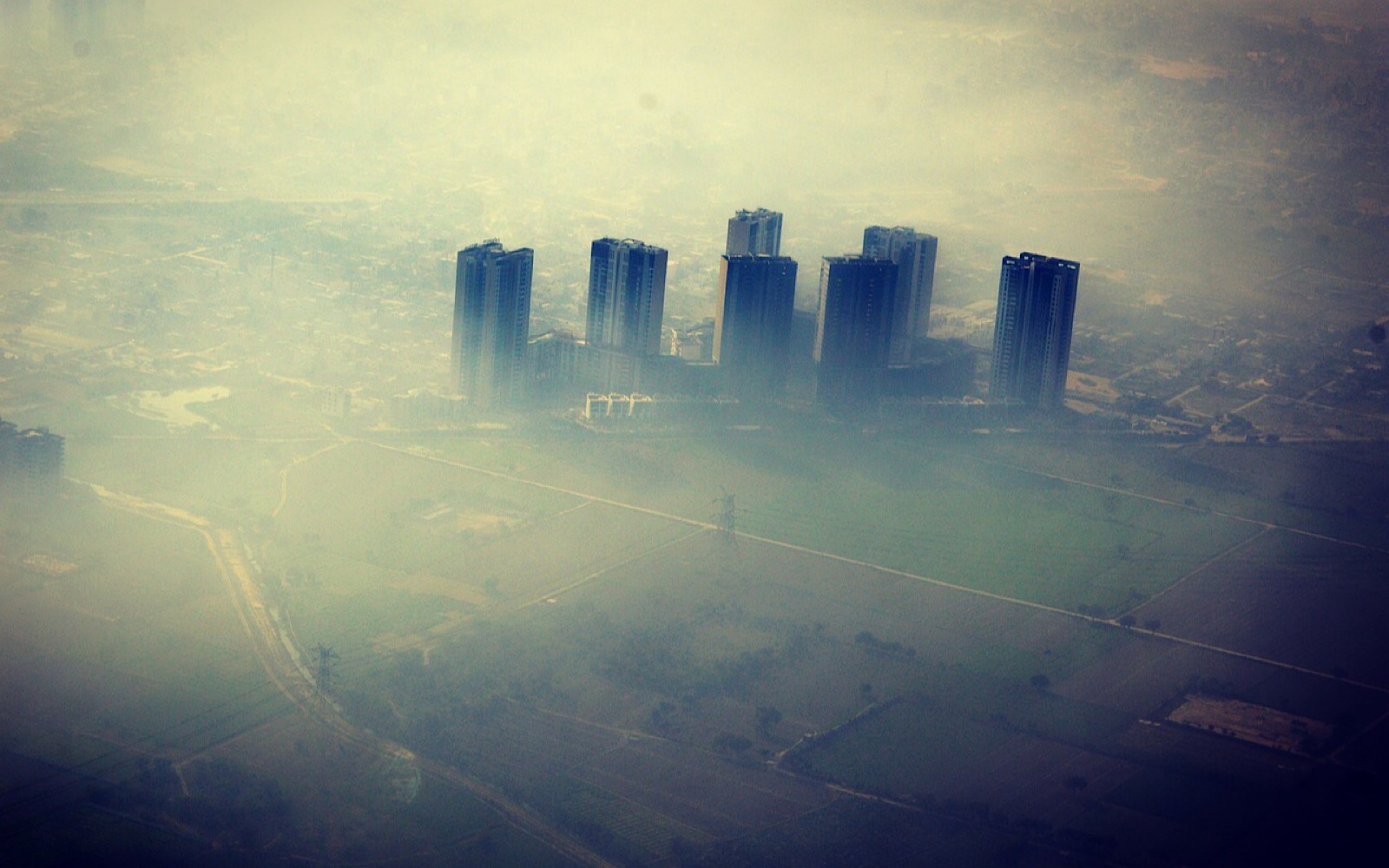 When most people think of air pollution, they think of a bustling city with a blanket of smog over it from neighboring factories, but what many do not realize is that much of the pollution in our air comes from factory farms. In fact, more than a third of all raw materials and fossil fuels used in the United States are used in animal agriculture, and it is estimated livestock is responsible for nine percent of global carbon dioxide emissions, 35 to 40 percent of global methane emissions, and 65 percent of nitrous oxide emissions. This means animal agriculture is responsible for more greenhouse gas emissions than the entire transportation sector (planes, trains, cars, etc.) combined! And the methane produced by these farms (mostly from cattle farms) is significantly more harmful than carbon dioxide, as it is one of the largest contributors to global warming, trapping up to 100 times more heat in the atmosphere than carbon dioxide over a five-year period.

Air pollution from these farms includes 400 different harmful gases — ammonia, hydrogen sulfide, nitrous oxide, endotoxins, and particulate matter (like dander), just to name a few. (A staggering 80 percent of ammonia emissions in the U.S. comes from animal waste!) On top of all this, industrialized animal agriculture is responsible for mass deforestation that not only leads to species extinction but also removes valuable trees that help balance out our air quality. Not to mention, transportation of the animals and the entire production of meat products also contribute to air pollution.

What does all this mean for human health? It means those living near factory farms suffer tremendously, with everything from sore throats and eye irritation to respiratory issues like bronchitis and asthma, mental health issues, seizures, and yes, air pollution can even lead to death. Factory farms also contribute to the spread of dangerous diseases like H1N1 aka swine flu and avian flu. Additionally, animal agriculture is linked to the spread of antibiotic-resistant bacteria that makes human infections increasingly more difficult to treat, which is an extremely serious global public health concern that we cannot take lightly.

And now a recent study has linked air pollution to decreased cognitive function, especially when it comes to older men. Researchers at the International Food Policy Research Institute (IFPRI) analyzed data from the national China Family Panel Studies longitudinal survey, tracking the cognitive test scores of around 32,000 people over 10 years old between 2010 and 2014 against their exposure to short- and long-term air pollution. The results? They found both verbal and math scores “decreased with increasing cumulative air pollution exposure.” This decline in verbal scores was especially notable in older, less educated men, which researchers say could have effects on the economy as well.

Author of the study, Xiaobo Zhang of Peking University, said, “The damage air pollution has on aging brains likely imposes substantial health and economic cost, considering that cognitive functioning is critical for the elderly to both running daily errands and making high-stakes economic decisions.” It must be noted that cognitive decline or impairment are believed to be risk factors in developing Alzheimer’s disease and other forms of dementia.

Now is all this worth a bacon cheeseburger and a side of hot wings? We think not! To learn how your food choices can improve not only your own health but the health of the entire planet, check out the Eat for the Planet book.

And remember to share this news with your network as another reminder of why we must ditch meat and turn to plants if we want a better tomorrow!