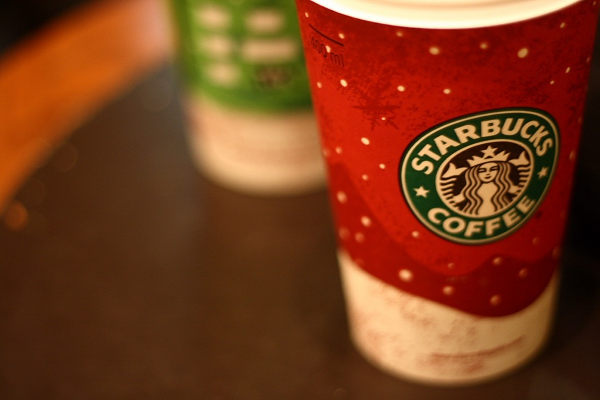 On March 19, 2012, Starbucks opened a brand new Evolution Fresh juice bar in Bellevue, WA, just outside of Seattle. In addition to fresh fruit and vegetable juices, the menu features vegan and vegetarian options, including superfoods like kale and quinoa. Global Store Development president Arthur Rubinfeld was quoted in the Financial Post saying that “Evolution Fresh is a revolutionary approach to serve our changing lifestyles.”

The California-based juice company, started by Naked Juice founder Jimmy Rosenberg, uses all fresh fruits and vegetables and pasteurizes its juice using a method called high pressure processing rather than heating. According to Reuters, this process retains more nutrients in the juice. Starbucks purchased the company in November of 2011 and the new store features wall taps where juiced can be custom-blended as well as bottled juices and food including plenty of vegetarian and vegan options. Since the purchase, Starbucks has marketed to Whole Foods and other grocery retailers, and Evolution Fresh juice will replace PepsiCo Inc. Naked Juice products in Starbucks coffee shops later this year.

As reported by The Seattle Times, business analysts are skeptical of the ability of Evolution Fresh to succeed in a difficult market, currently dominated by Jamba Juice, but Starbucks believes they will make an impact. The company has plans to open more stores, but their locations and timelines are still under wraps. Keep your eyes peeled for fresh, nutrient-packed juices at a Starbucks near you!