Puppy Rescued From Meat Trade Goes From Sick and Scared to Thriving! (PHOTOS)

Animals and humans are certainly different. We don’t look the same, we speak different languages, and we have our own ways of living. But we do all share one thing in common: a desire to live. Just like an animal, when we are faced with danger we run and we do everything in our power to survive. Sadly, this very simple concept has become blurred in our society. Certain animals, like pigs, chickens and cows are  seen as nothing but mere food products. In some parts of China, this is how dogs are viewed.

Thankfully, there are rescue groups, such as Slaughterhouse Survivors HRB who are working towards saving dogs from the meat trade in China. Mia was rescued along with her mom and seemed to be the only puppy in the litter.

Rescuers weren’t sure where to even begin with this sweet fluff ball. 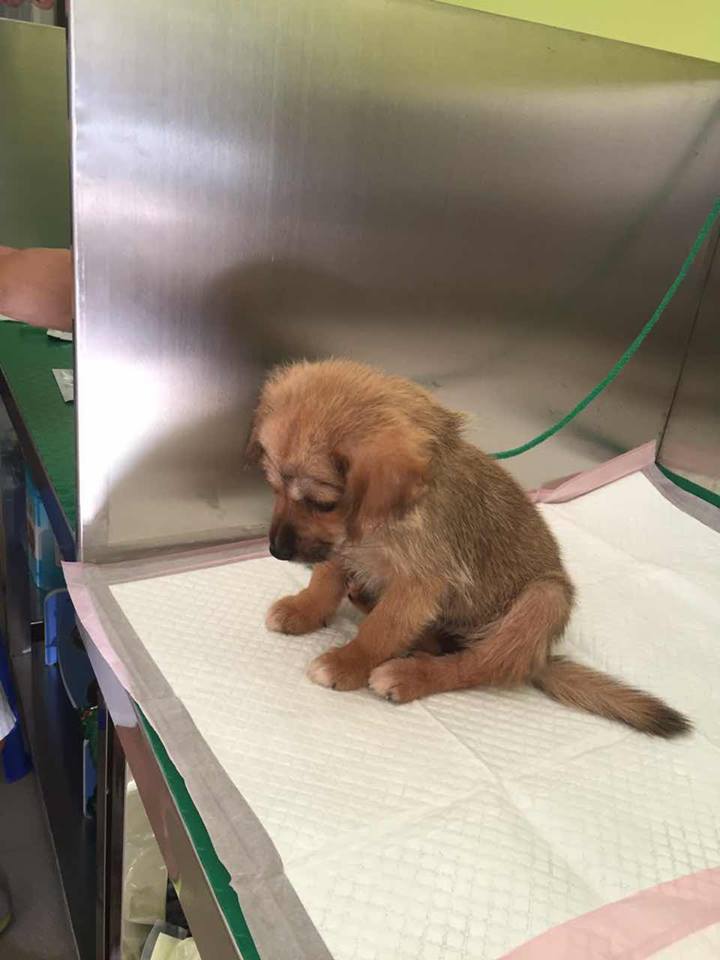 Mia was diagnosed with canine coronavirus and her legs were extremely weak and bowed from malnutrition. 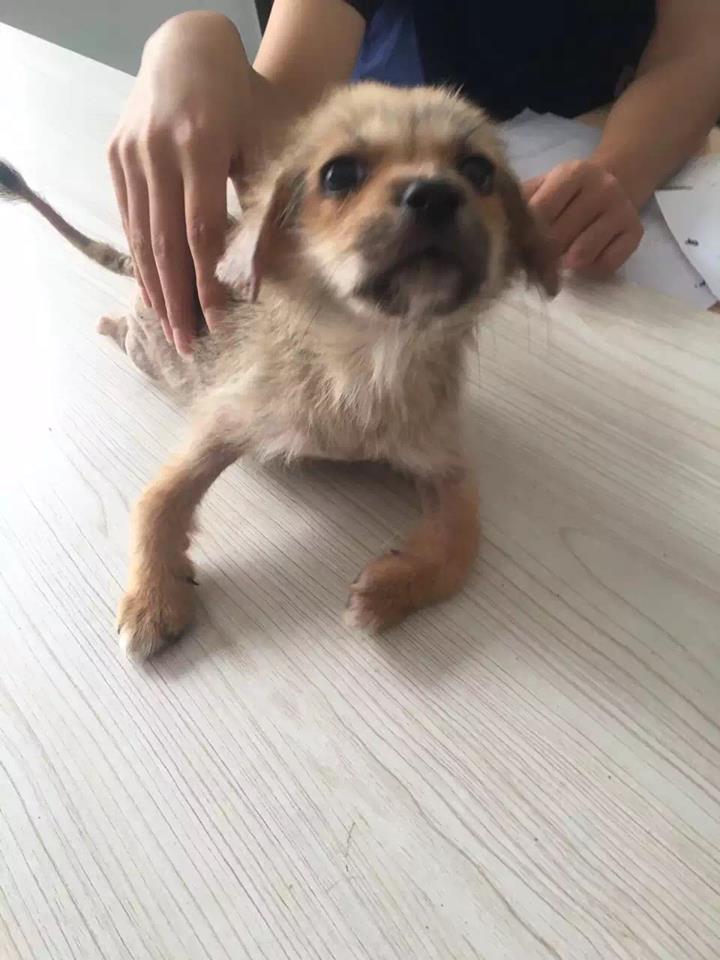 Mia also suffered from a skin fungus all over her body. Because the skin condition was so severe, she was completely shaven. Except for her head floof! 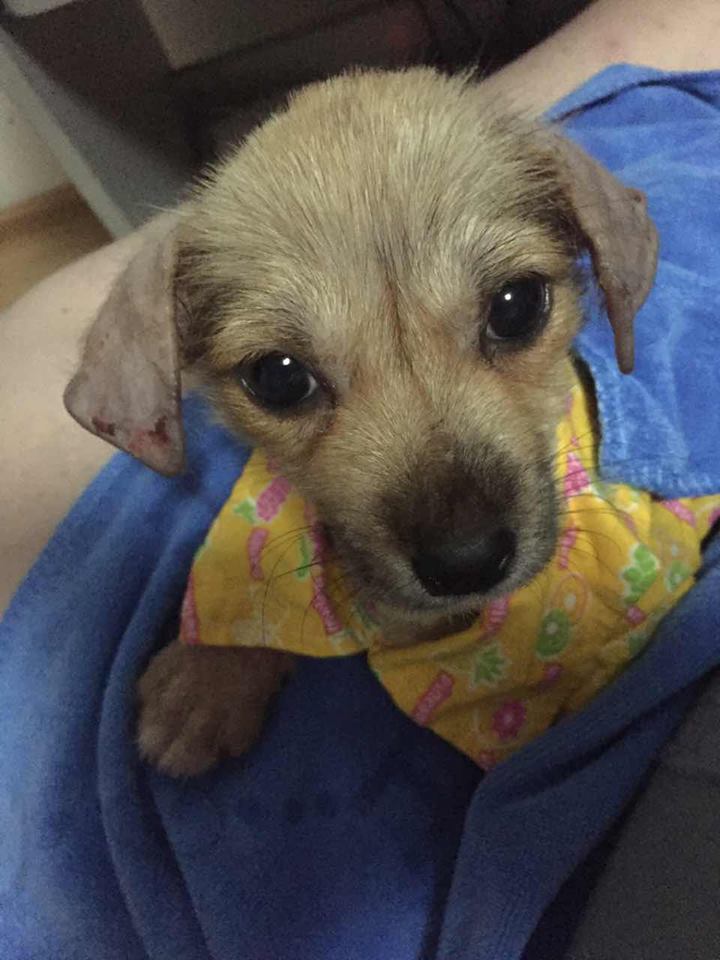 Sweetheart Mia was so itchy and sore. She was either scratching or sleeping as she recovered. 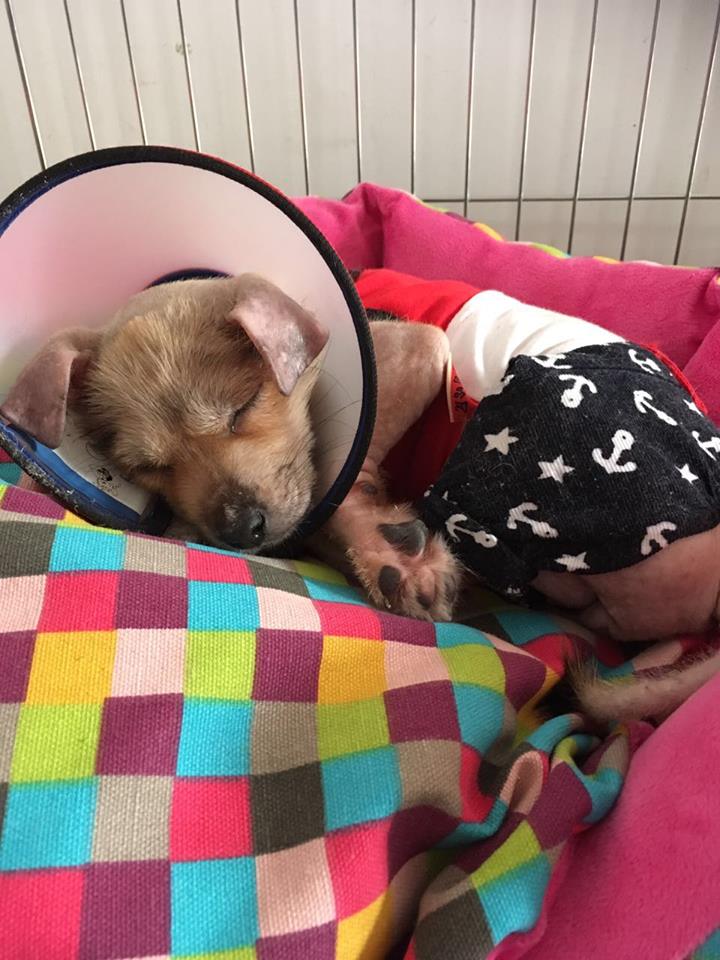 She instantly became a lap dog, a big fan of the compassionate people who rescued her. 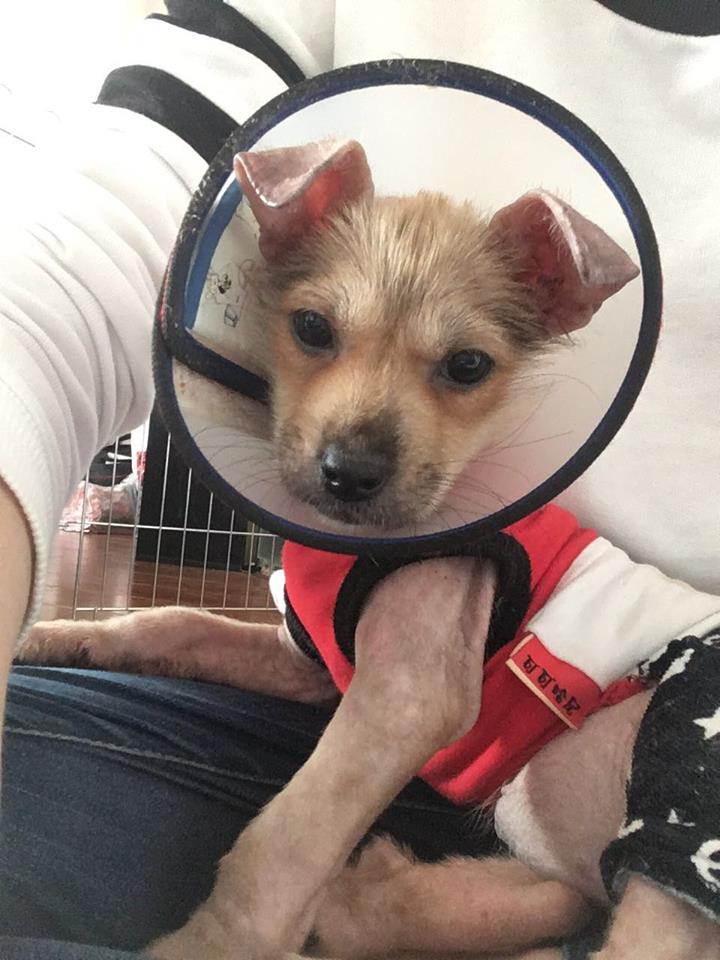 As she was recovering, Mia accidentally ate part of a toy that was in her play pen enclosure. Mia underwent surgery to get the toy out of her belly. 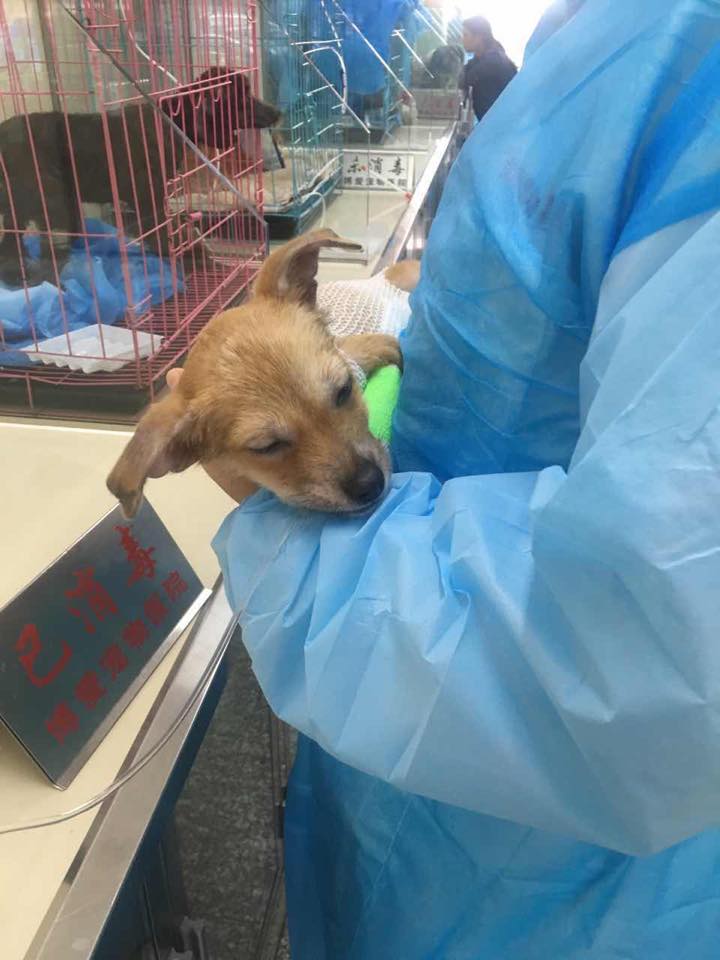 And like the champ that she is, Mia did great during surgery and the toy part was successfully removed! 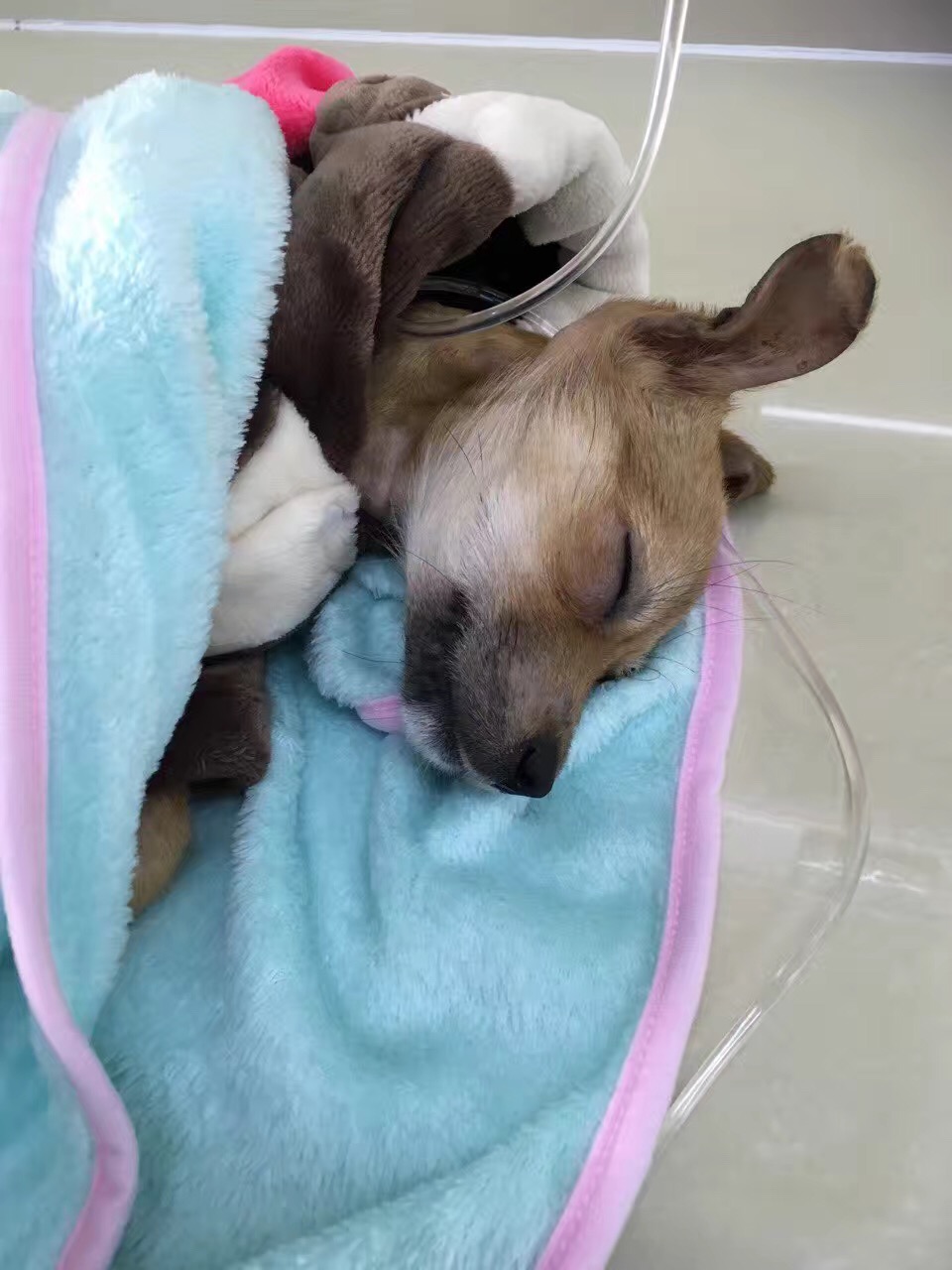 Mia continues to thrive thanks to the love and patience of her rescuers who have, of course, fallen in love with her! 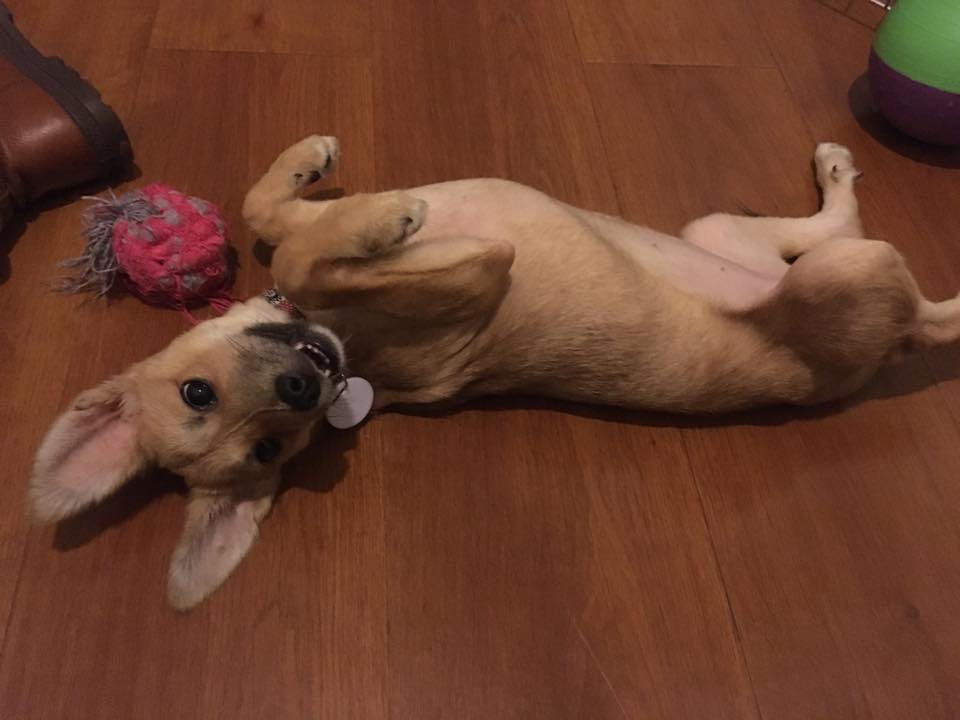 Mia now has forever home with her rescuers where she will receive all of the love she could ever want. She has already learned “bed,” “sit,” “down,” “right paw,” “left paw,” “leave it,” “fetch.” 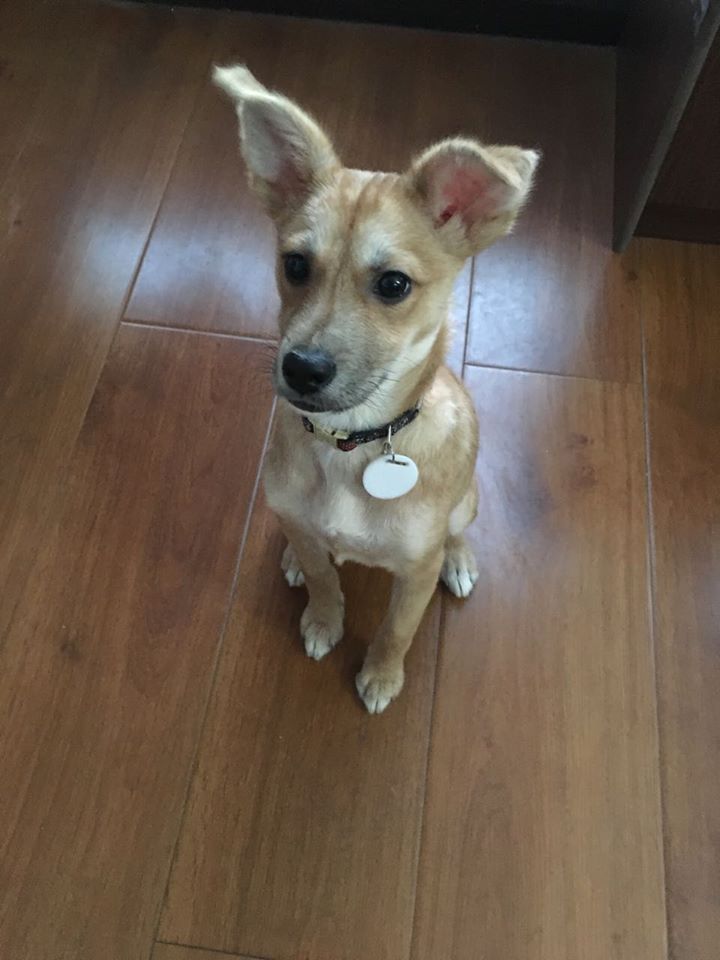 Mia is just one of the dogs Slaughterhouse Survivors HRB has rescued.  The group has rescued over 80 dogs from the hands of the meat trade.

To learn more about Slaughterhouse Survivors HRB and to read other rescue stories, visit their Facebook page. And please share Mia’s story with your friends and family to show them how all animals deserve our compassion!