WTH?! Sheriff Deputy Shot a Groundhog for Trying to Cross the Road in Front of Horrified Bystanders 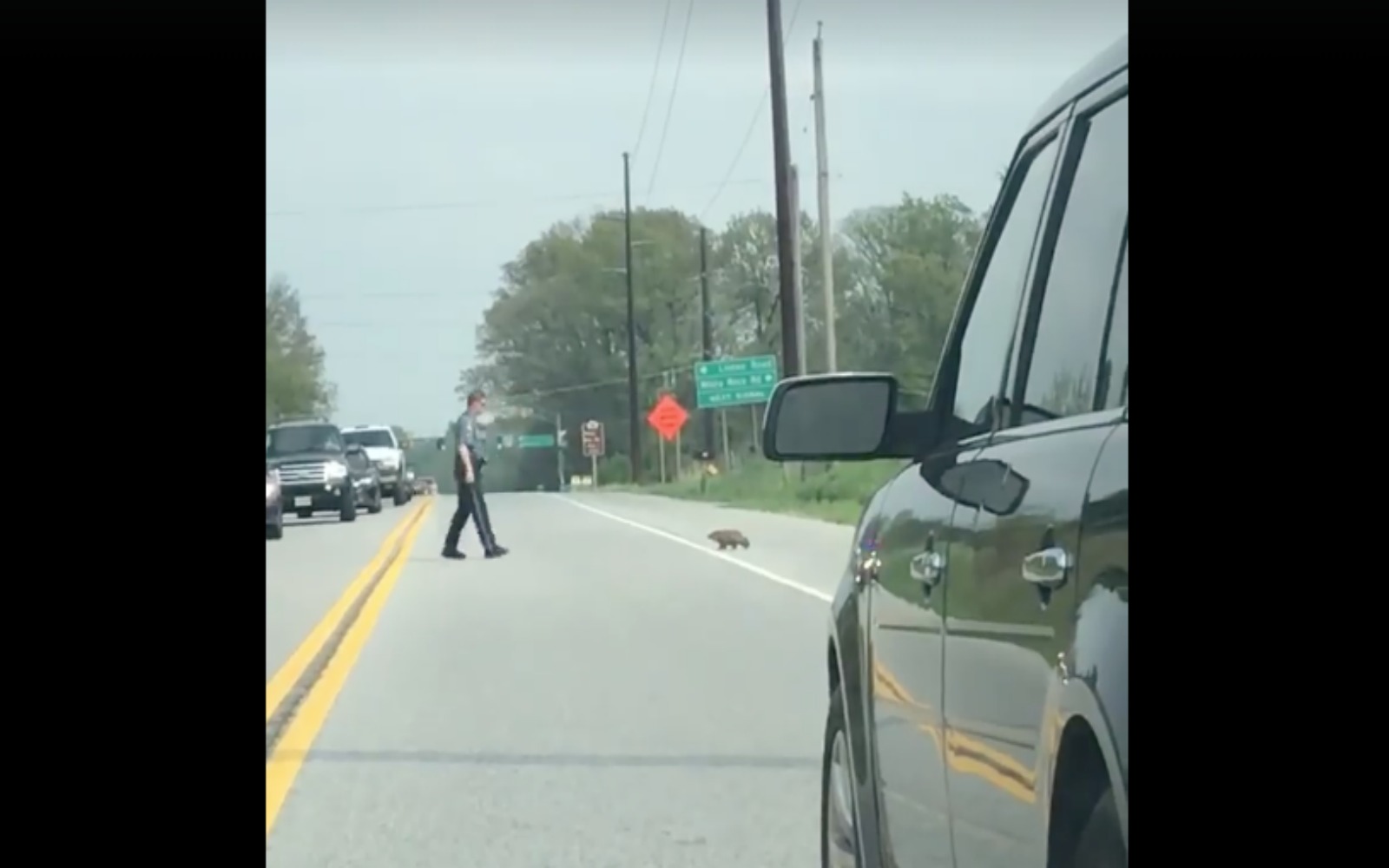 Once again, a horribly misguided police officer has killed an innocent animal for no apparent reason. This time the heartbreaking incident happened on a highway in Carroll County, Maryland. When traffic came to a halt due to a groundhog simply attempting to cross the busy road, all was well. But the scene quickly turned from cute and cuddly to a shocking act of cruelty. A deputy showed up and quite literally murdered the animal in his tracks. A Care2 Petition has been launched to address this callous officer’s actions by asking the Carroll County Police Department to charge him with animal cruelty and fire him.

Pulling a gun on a groundhog is entirely uncalled for. Drawing a firearm should absolutely be a LAST RESORT in most circumstances – and a groundhog trying to get to the other side of the road is hardly a threat. In fact, a groundhog expert speaking with the HuffPost even confirmed that, “He/she probably had a burrow on the other side. It was not attempting to go after the police officer.”

If this is all it took for this officer to draw his weapon and put bystanders at risk, imagine if it had involved a person? It’s scary to think about but it can be prevented. Sign the petition and demand that the Carroll County Police Department investigate this situation seriously because clearly, this is not the right job for this officer. Firing his gun on a busy road for such frivolous reasons is not okay and it doesn’t take a genius to realize that…