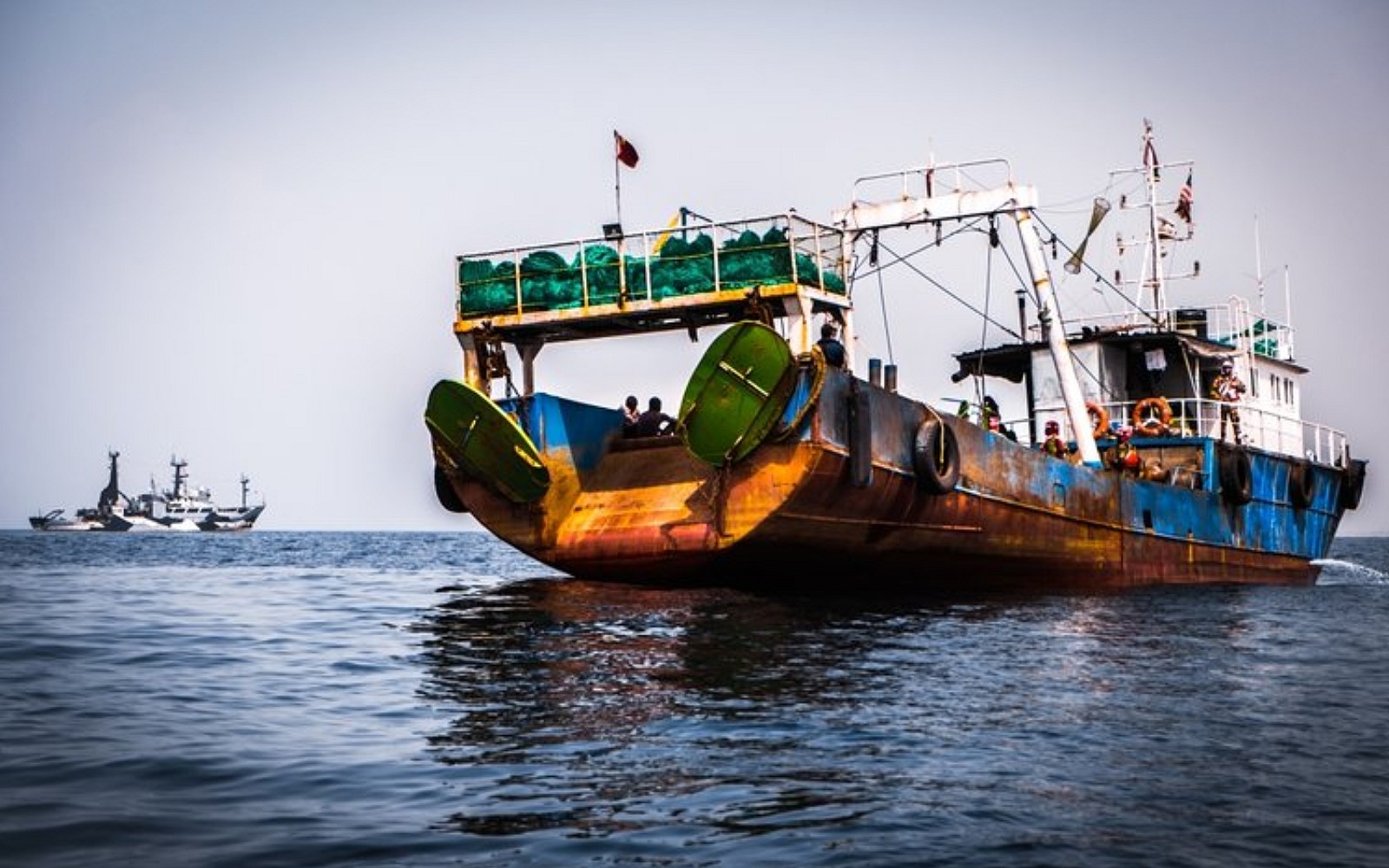 On January 2, Sea Shepherd assisted with the arrest of an illegal fishing vessel in Liberia. The Chinese-flagged vessel Guo Ji 809 was found fishing in waters belonging to the West African state of Liberia by the Liberian Coast Guard – with the assistance of the marine conservation organization.

The illegal vessel was detected by Sea Shepherd’s Sam Simon’s radar, since it was navigating the waters at a speed that indicated trawling activity, the organization reports. After the detection, a Liberian Coast Guard Boarding Team quickly mobilized on board the Sea Shepherd vessel.

Once at the target, it was discovered that the illegal vessel had just retrieved its trawl net and its deck was wet and covered with unsecured fishing gear, as well as fresh and alive fish. The crew was also dressed in wet weather gear that is used for fishing.

As the inspection uncovered, the vessel had been issued a Liberian fishing license which, however, expired on December 31, 2017. In spite of that, the boat continued to fish both on the 1st and 2nd of January 2018.

“Fishing without a Liberian fishing license is the most serious offense under the Liberian Fisheries Regulations,” Sea Shepherd explains. The penalty for the violation can be a fine up to $1 million U.S. dollars.

6After the arrest, the vessel was detained in the port of Monrovia and is now awaiting prosecution.

“The arrest of the Guo Ji 809 highlights the need for constant vigilance at sea,” said Honorable Minister Brownie Samukai, Minister of National Defense for Liberia. “Although Operation Sola Stella has brought an end to incursions of unlicensed foreign industrial fishing vessels, we must be equally invested in controlling vessels that are, or have been, licensed to fish in Liberia.”

Under Operation Sola Stella, Sea Shepherd has been assisting the government of Liberia to tackle illegal, unreported, and unregulated fishing since February 2017. Throughout that time, the organization has assisted the Liberian Coast Guard to arrest eight fishing vessels involved in the illegal activity, said Campaign Leader Peter Hammarstedt.