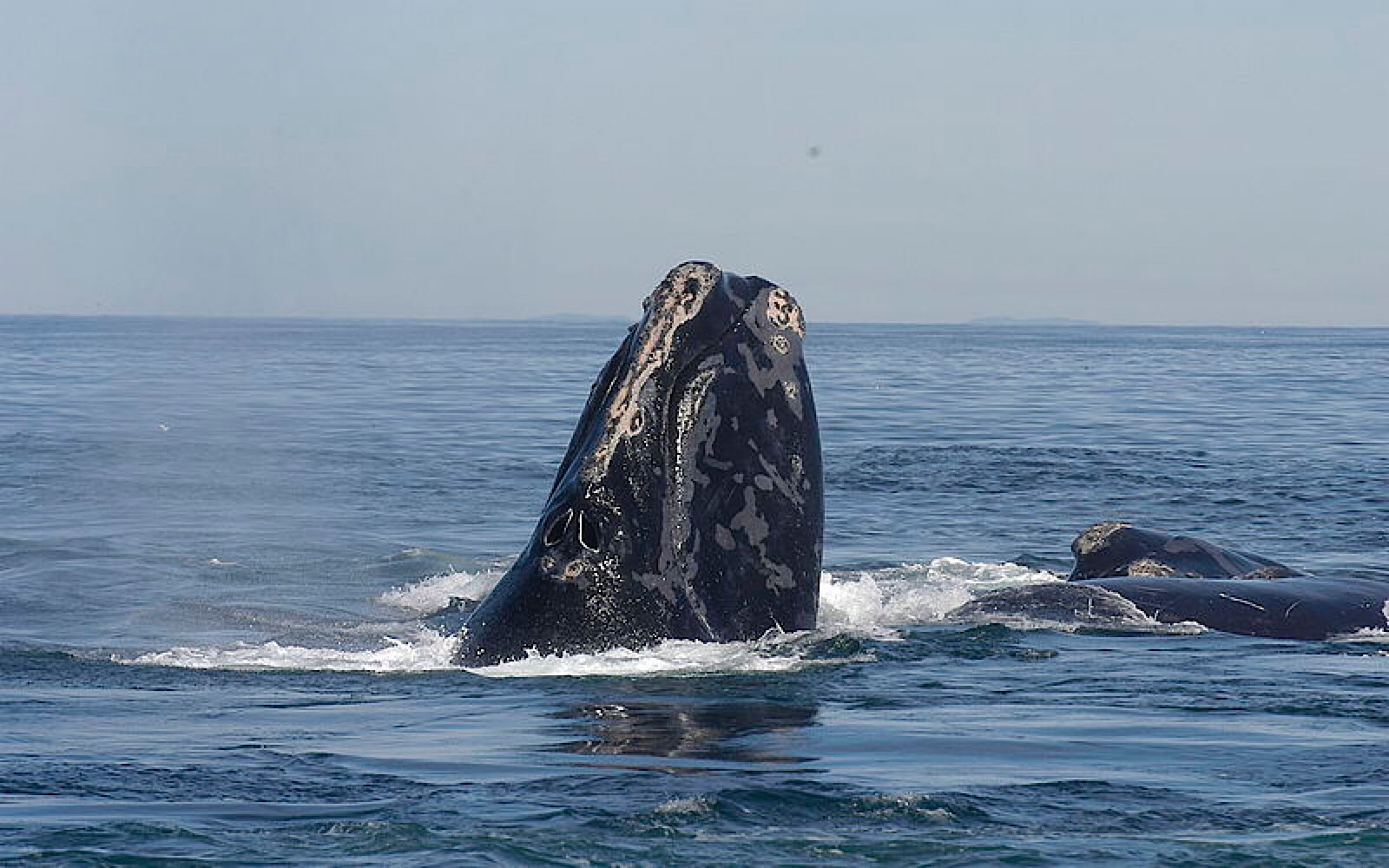 Extinction is not a mere theory; it is happening on a daily basis, and now scientists predict the critically-endangered North Atlantic right whale could become completely extinct by 2040. This prediction comes after no new calves have been spotted during this breeding season, with only five calves reportedly born in 2017.

What are the causes of this population decline? Entanglement in fishing lines, particularly for lobster and crab fishing, and a decrease in food sources due to warmer waters. This has led a number of these whales to change their typical migratory paths in search of food, which then puts them in danger of being entangled in unmonitored fishing lines and hit by vessels whose captains do not expect the whales to be in certain waters.

There are only around 430 North Atlantic right whales believed to be alive today, and only about 100 of them are breeding females. 2017 was a particularly bad year for this precious species, with 17 of them being killed by entanglement in fishing lines and collisions with vessels. (The average death rate from 2010-14 was six deaths per year.) One whale has already washed up on a Virginia beach this year after being entangled in fishing lines. Mark Baumgartner, a marine ecologist at the Woods Hole Oceanographic Institution in Massachusetts, told The Guardian, “At the rate we are killing them off, this 100 females will be gone in 20 years.”

Charles “Stormy” Mayo, director of the Right Whale Ecology Program at the Center for Coastal Studies in Provincetown, Massachusetts, stated, “We’re looking at the very real possibility of extinction.”

If this breaks your heart as much as it does ours, take action now! A petition is set up on Care2 to demand immediate action to prevent additional unnecessary deaths of the North Atlantic right whale. The petition calls for the U.S. Fish and Wildlife Service to take serious measures to protect the North Atlantic right whale by “tracking them, requiring vessels to change routes as necessary, adding more lights to their fishing equipment, and continuing to monitor line placement.” Please take a moment to sign this important petition.

And please share this with your network to increase awareness and support for this critically-endangered species!