Tell the Sacramento Zoo to Free Taylor Swift, the Eastern Bongo Who Hates Captivity So Much She Fled Her Enclosure! 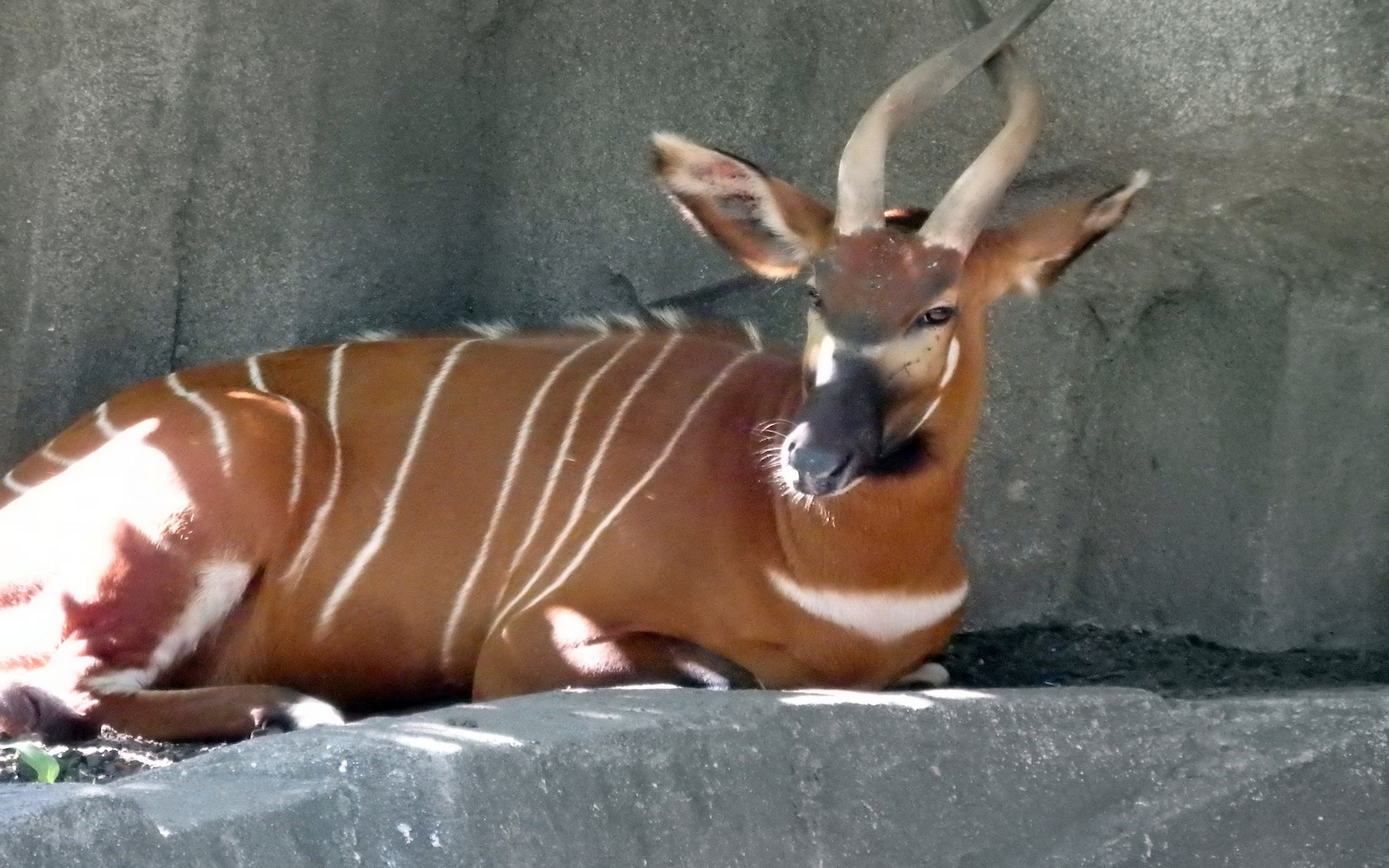 Over the years, there have been plenty of instances of wild animals who have been forced into captivity attempting to escape the confines of their enclosures, thus offering us indisputable evidence that living creatures born into the wild are not meant to be cooped up for human entertainment. But even so, some people still haven’t been able to wrap their heads around this and have continued to imprison animals against their will.

The most recent instance proving that wild animals are miserable in captivity occurred a few days ago at the Sacramento Zoo when a one-year-old eastern bongo calf known as Taylor Swift attempted to make a break for it.

Clearly fed up with her monotonous life of being gawked at by zoo-goers in a small space that denies her the ability to live as nature intended, the clever young antelope managed to escape the enclosure she shares with her mom, Penny.

But before Taylor Swift was able to make it out of the zoo, an employee noticed that she was not in her pen and called for a search party of workers to locate the missing animal. They quickly found her and brought her back to her enclosure, once again condemning her to long days of being disturbed by humans.

This eastern bongo calf’s recent escape endeavor clearly indicates that she is not happy in captivity. After all, even though she’s with her mom, Taylor Swift does not have the freedom to display her innate behaviors in her current situation. In the wild, her species is nocturnal and very elusive, so it’s no wonder why she doesn’t enjoy being watched by humans all day long at the zoo.

Further, Taylor Swift is not getting the chance to learn how to forage for herself, nor does she have the necessary space to explore, run, and jump as her natural instincts are urging her to.

Outraged by what Taylor Swift and Penny are being subjected to, the animal advocates at Care2 have organized a petition demanding that the Sacramento Zoo release these antelopes to a sanctuary where they can finally live peacefully and happily.

If you agree that these majestic animals deserve far better than being caged up in a zoo, please add your name to this Care2 petition. And don’t forget to share this story with all the animal lovers in your life to raise awareness about why wild animals don’t belong in captivity!