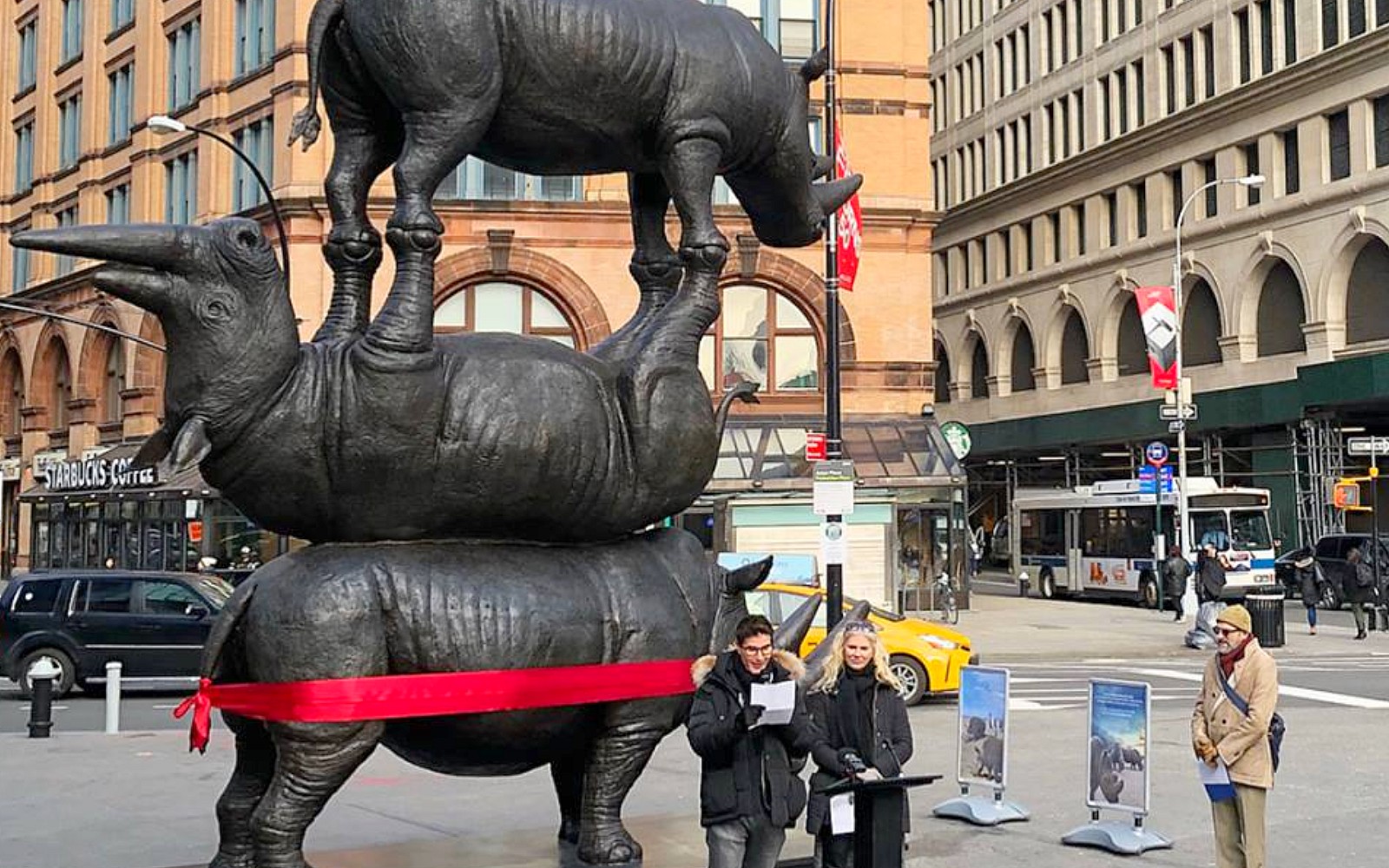 Astor Place in New York City has become home to a special sculpture that represents the last living members of a species that has been nearly wiped off the face of the earth thanks to poaching. The Northern White Rhino is extinct in the wild and only three individuals remain alive in captivity. “The Last Three,” a sculpture of the three survivors, was created by Australian artists Gillie and Marc Schattner, and it aims to draw attention to the plight of the species.

The 17-foot bronze sculpture was officially unveiled on March 15th. Gillie and Marc Schattner, celebrated artists whose works have been installed all around the world, are especially dedicated to conservation and their art “pays homage to the magnificence of the natural world, and the importance of preserving it.” 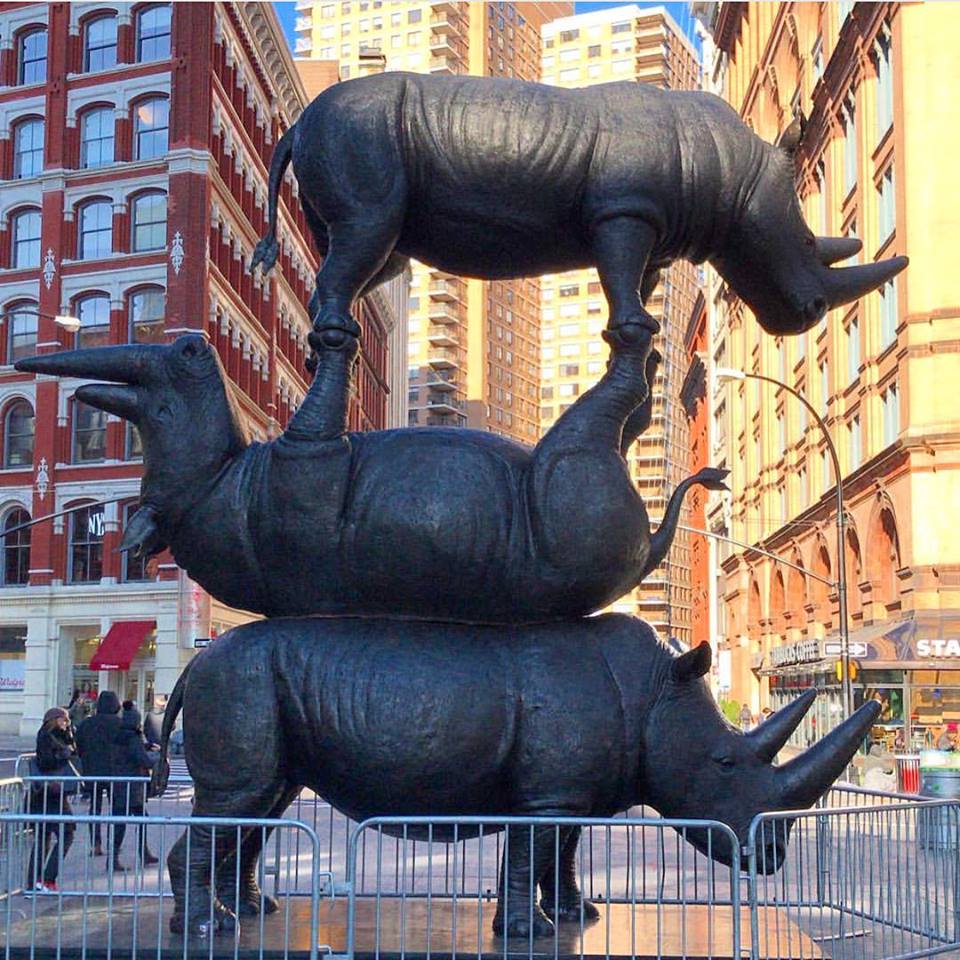 They decided to make the installation after meeting the last three Northern White Rhinos in Kenya for the first time. “The tallest rhino sculpture in the world is a memorial to their lives and marks the day where the world finally decides to end rhino poaching forever,” they wrote. 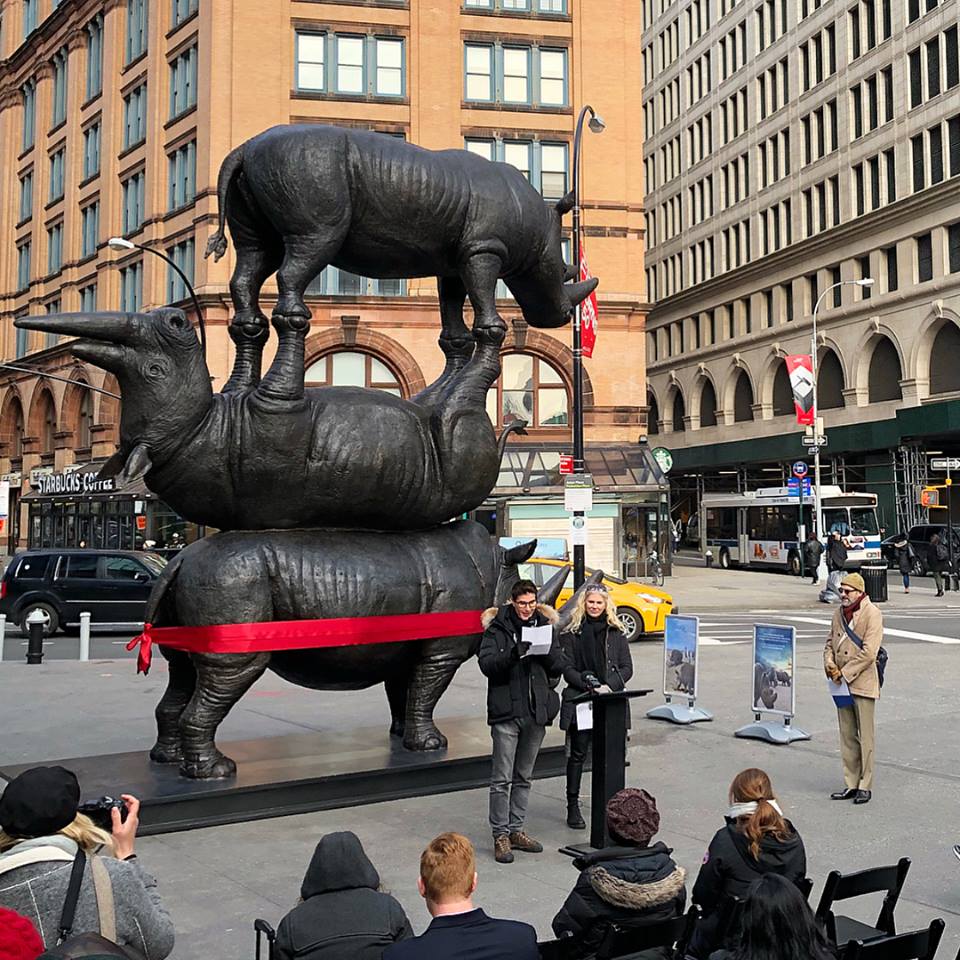 The Schattners called the day of the unveiling of their sculpture the proudest day of their lives. “The response has been overwhelming and we are incredibly emotional by all the support,” they said. 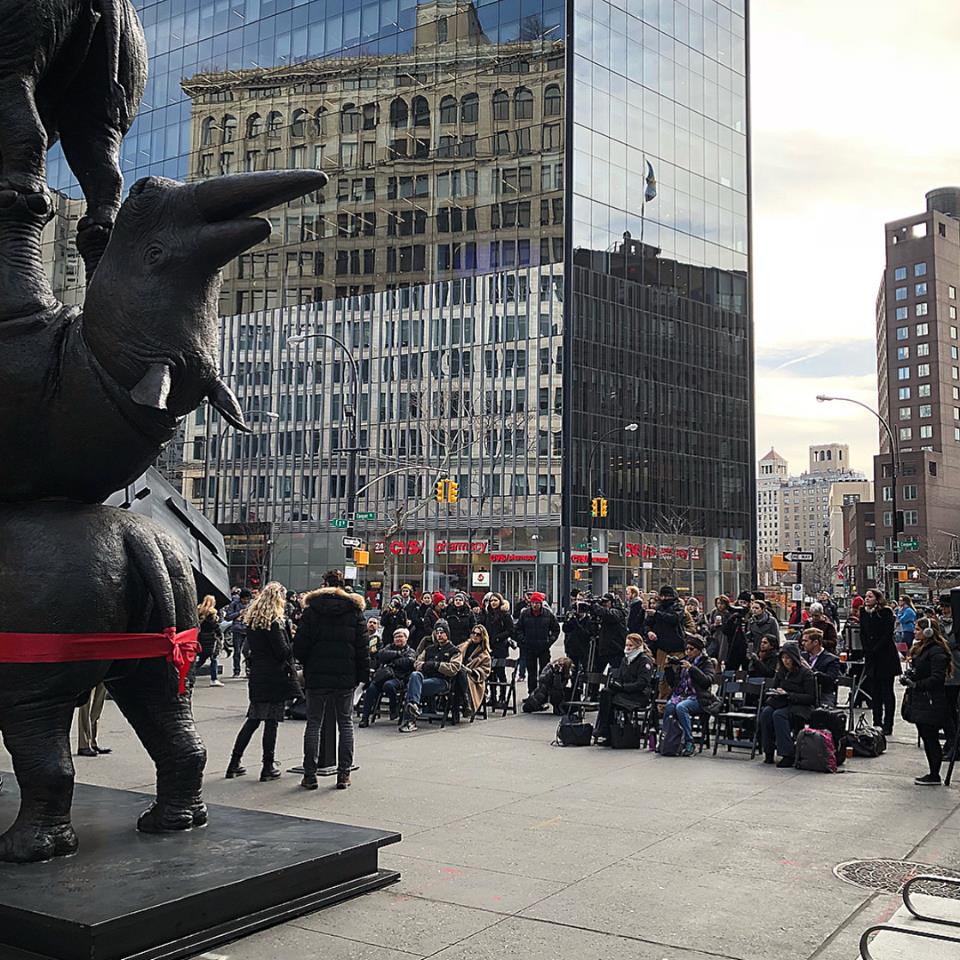 “It was one year to the day that we hugged Sudan, and at this very moment he has only days or weeks to live,” they shared. “The sad truth is that future generations will never see the Northern White Rhinos and will only know them as an extinct species. Today is the day when extinction stops. We start by spreading the story of Sudan, Niajin, and Fatu. The world must know these beautiful creatures and their legacy will be that they stopped rhino poaching and the trade in rhino horn forever.” 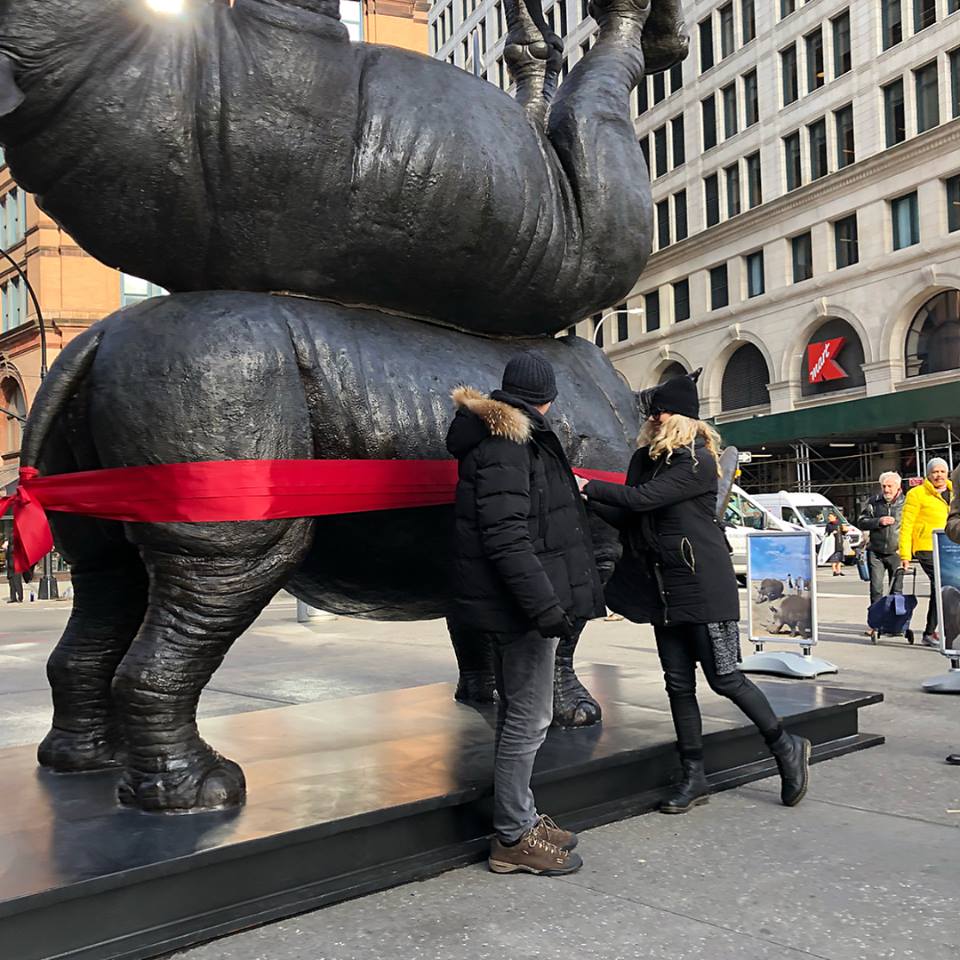 While finalizing the sculpture, the artists also partnered with app developers at INDE to create an app allowing users to see a life-size, augmented reality version of one of the three surviving rhinos. “The Last Three” is scheduled to stay in Astor Place through May, but it has the chance to remain in place for longer.

To learn more about how you can stand up for rhinos and help make a difference, visit Save the Rhino and check out the articles below: