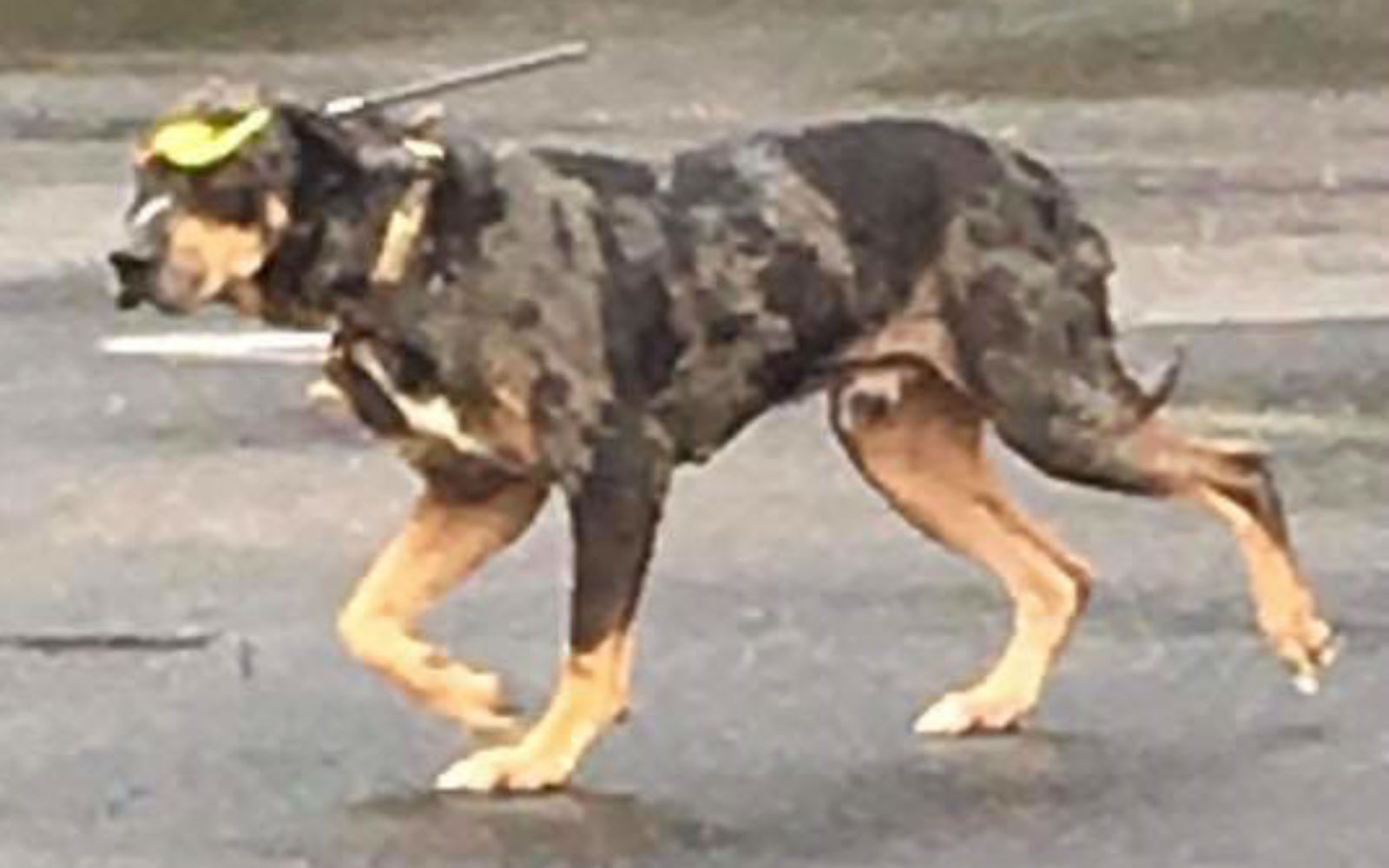 Southern Cross Animal Rescue has brought us a story that will make the blood of any animal lover boil.

This beautiful boy, who has been named Monk after the responding officer from the sheriff’s department, was found wandering around with an arrow sticking out of his head. The community jumped to his aid, alerting all the local rescue centers and the sheriff’s department. Luckily, Southern Cross Animal Rescue was able to assist.

As soon as rescues in the area got word of Monk’s condition, they rushed to the scene. SWARM brought a small dog with them who kept Monk’s interest, and in doing so, enabled him to be caught for rescue. Here is Monk just before he was picked up. How scared and confused this poor boy must have been! 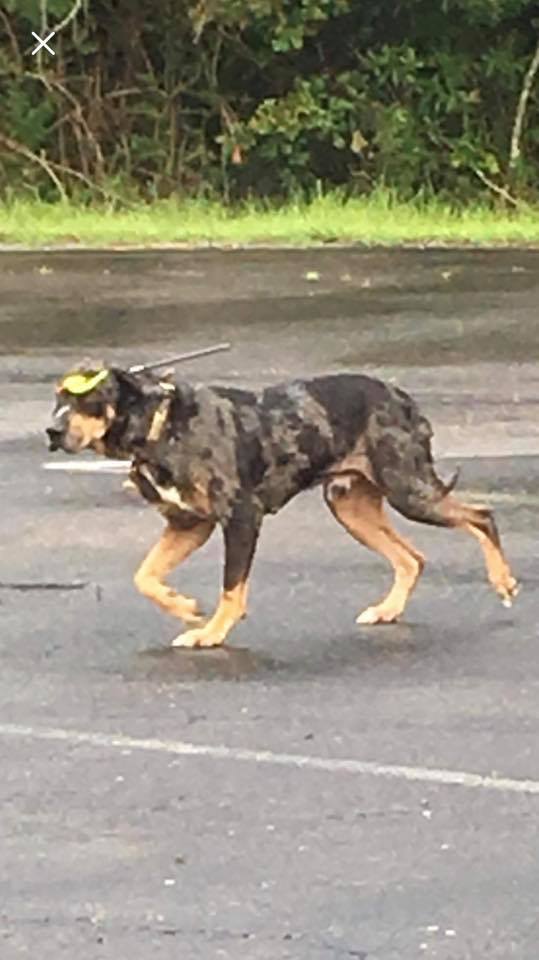 Once Monk was picked up, he was taken to Southern Cross Animals Rescue‘s Doctor Kent. Poor Monk was the perfect patient, sitting quietly as bolt croppers were used to cut the end off the arrow to make removing it easier. 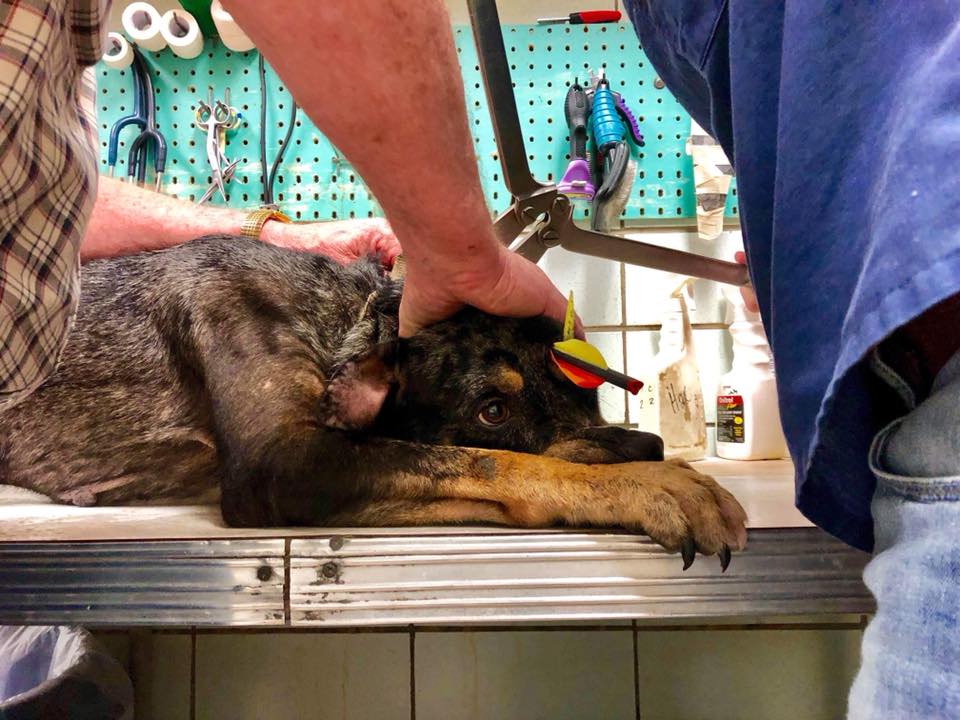 Here is the arrow after removal. Doctor Kent says Monk was incredibly lucky since the arrow hit the top head muscle and didn’t go in any deeper. Can you imagine picking up an arrow and deciding to do this to a dog? 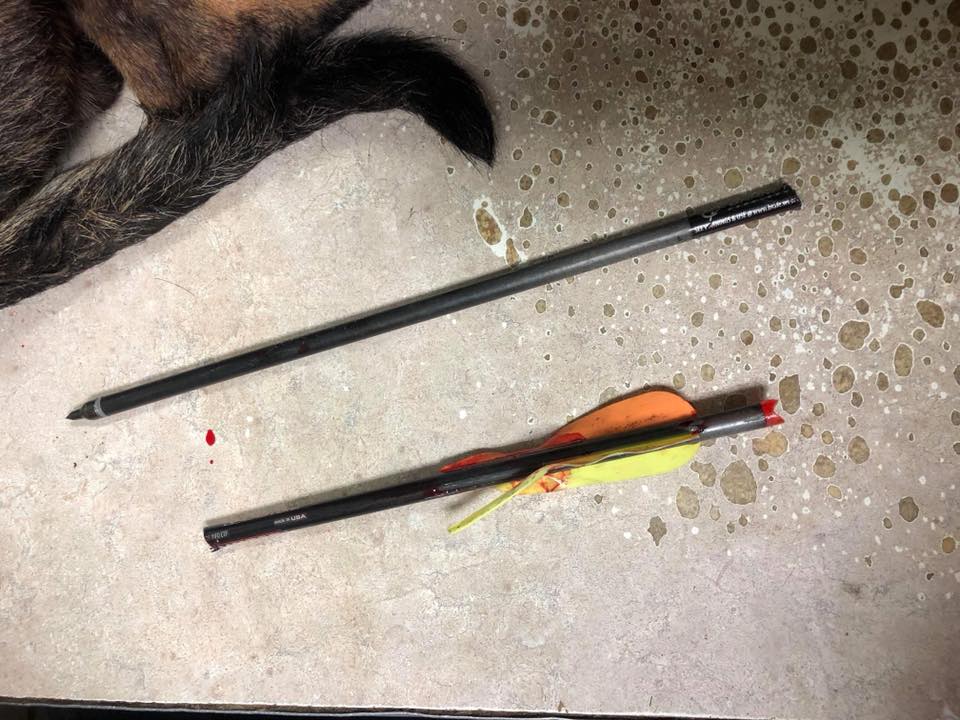 Monk was wearing a collar when he was rescued which made it easy to contact the owner. Although this brought no good news, as the owner admitted he was the one who had shot Monk in the head in the first place! What sort of a human being goes around shooting defenseless animals, and even worse, their own pets? Thanks to the sheriff’s department’s quick action, the man is now in custody. Here are some of the people who looked after Monk after his ordeal. 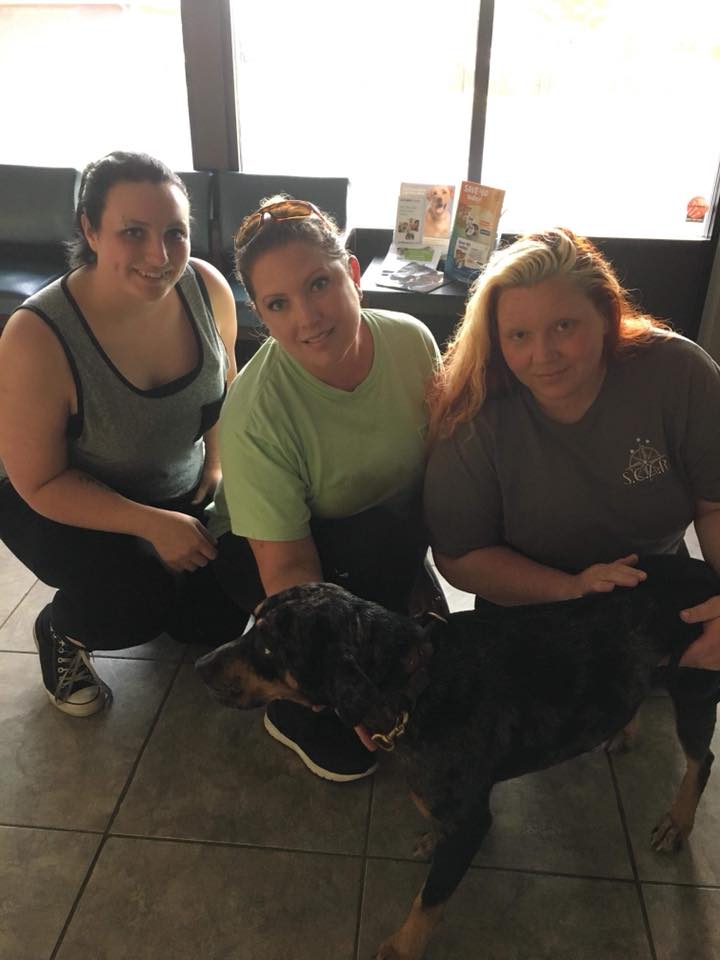 And here Monk is again looking much happier and healthier, on his way to a foster home for the evening! Poor pup, we wish you a speedy full recovery and hope you find your loving forever home soon! 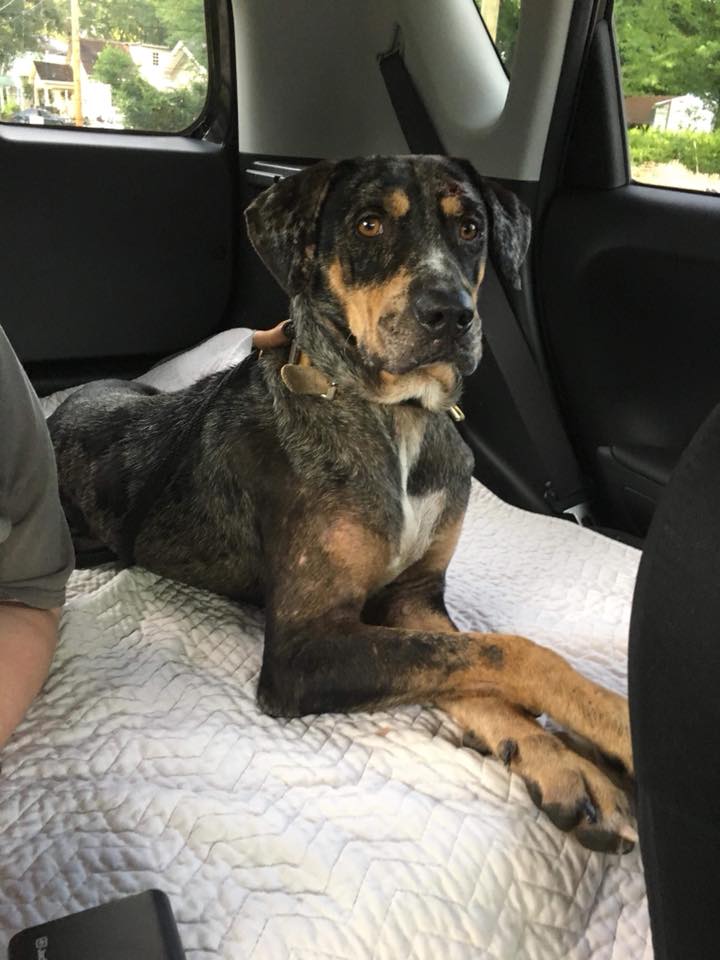 There is never a justifiable excuse for animal cruelty like this. We are thankful to know that Monk’s former owner will be prosecuted for this appalling act. It doesn’t matter how much an animal might annoy you, or if you feel they are no longer a fit for your life, there is absolutely no reason to treat any animal as this person has done.

Southern Cross Animal Rescue works tirelessly to help dogs like Monk, providing animal rescue, public education, community outreach, foster networks, and transportation programs. If you want to donate to Monk’s care or find out more about the vital work that Southern Cross does, please get in touch.