In a recent heavy downpour that caused flash flooding within a few minutes, Sandy Williams from the Tunica Humane Society acted fast to save the lives of some newborn puppies. She told her story to Arkabutla Rescue Rehabilitation & Foster – ARRF and called on them for help.

When the rain started, Sandy left the Humane Society shelter and went to an abandoned house where a dog named Maria had given birth to her newborn puppies. Maria had moved the puppies farther back under the house earlier that morning, probably to protect them from the rain.

When Sandy arrived at the house, she was horrified to find the backyard completely submerged. She wanted to get inside the house to pull the puppies out. 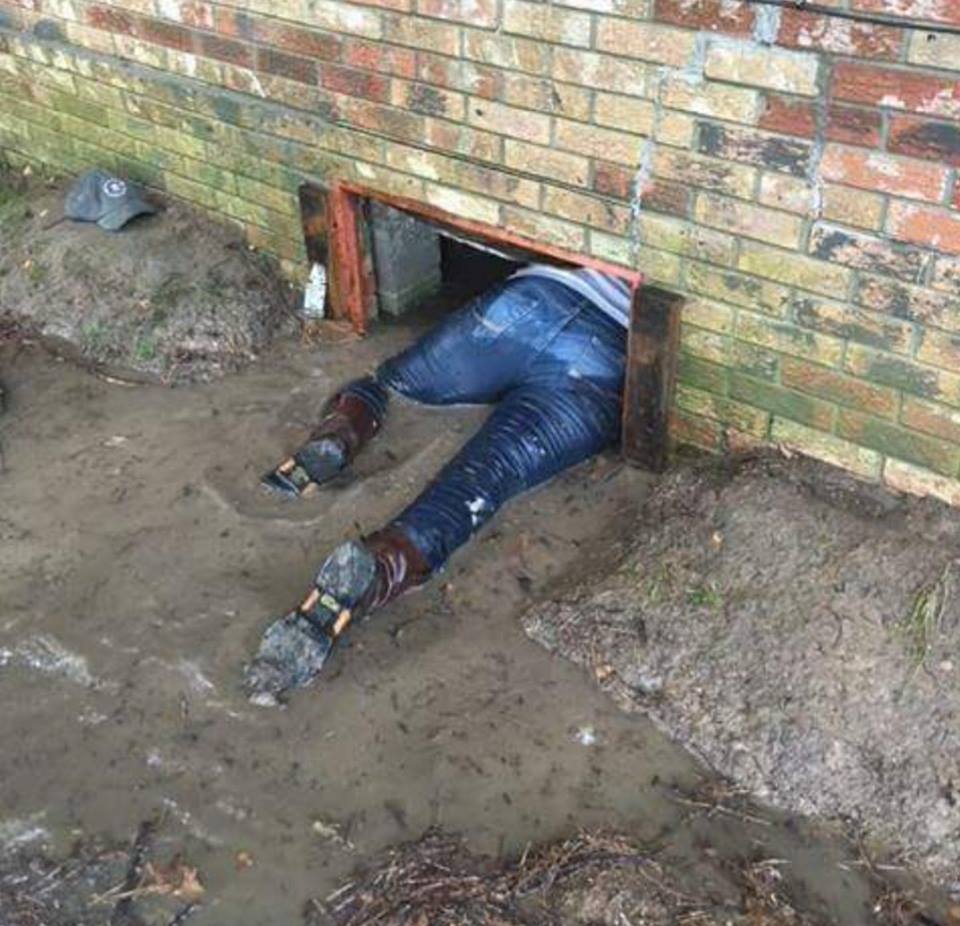 She could hear their faint cries coming from under the house, and after retrieving her flashlight, peered in to look for them. The puppies had thankfully found something to cling on to and were holding on for dear life. 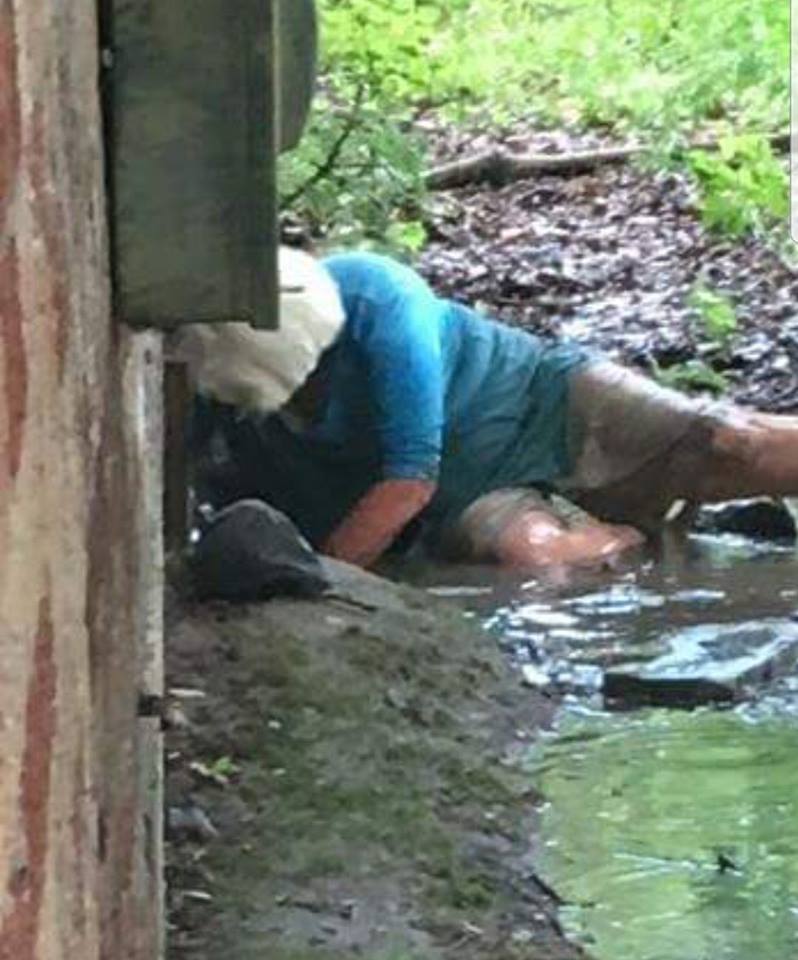 The first puppy she found had wedged himself between two pieces of pipe. A second puppy was floating face down in the water. Both puppies were soaked and freezing, and Sandy rushed them to the car to warm up and dry off. 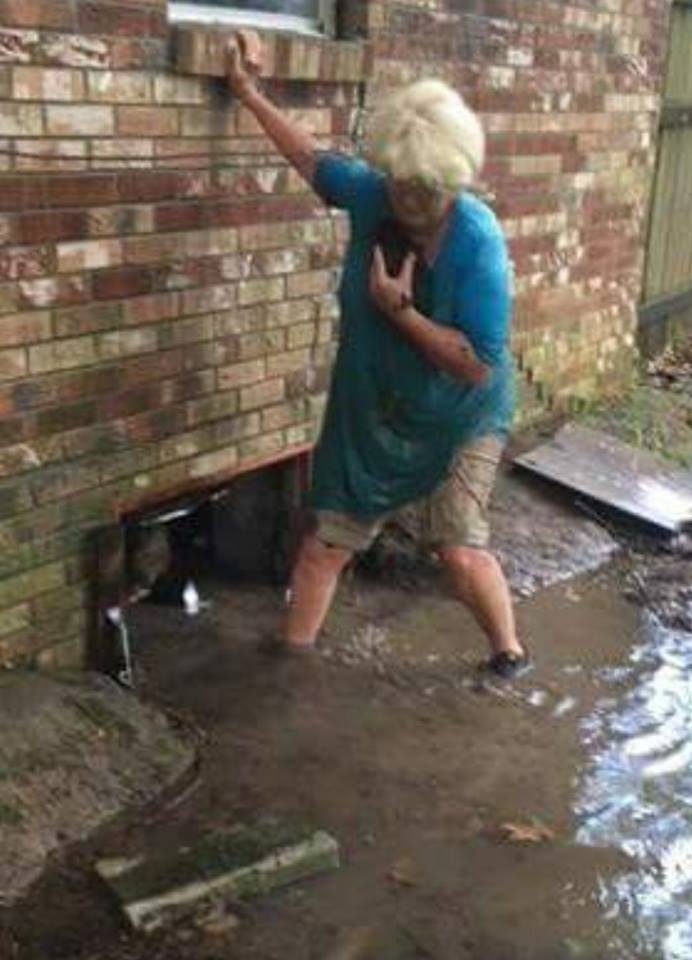 Pat Hissong from ARRF helped Sandy locate the remaining puppies in the darkness, and they all are now doing fine. Though it was touch and go, one little boy was so exhausted fighting to stay afloat that his face kept dropping down into the water until Pat scooped him up. 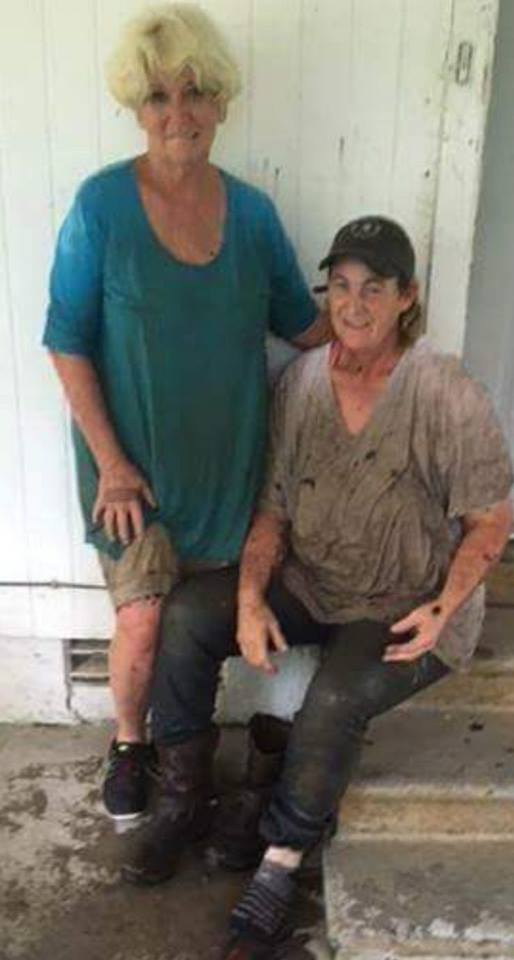 Here is one of the pups being fed after their ordeal. 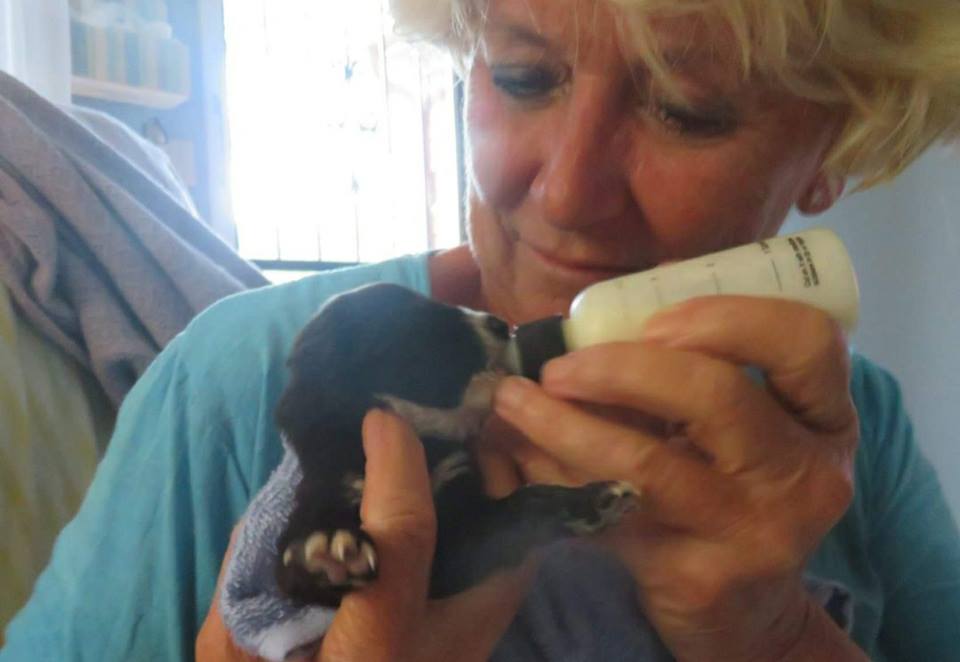 And here they all are, safe and sound! 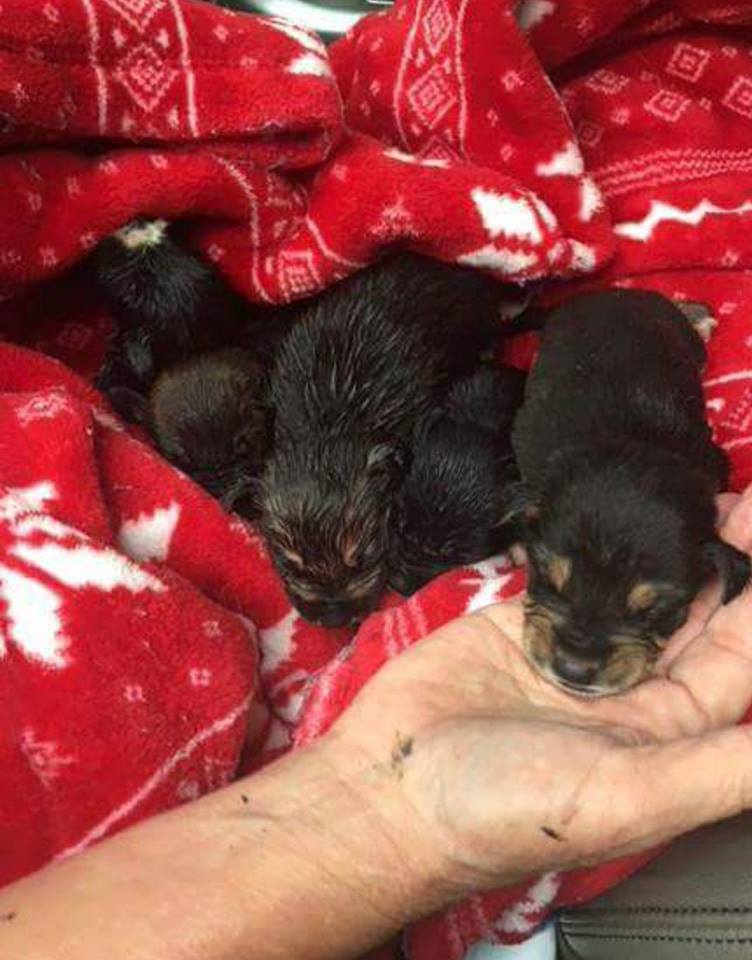 Whether it is putting up flood defenses around our homes or ensuring we have enough food to last us until the water subsides — or securing our pets — preparing for such flash flooding events is becoming something of a norm for so many of us. We hear all sorts of heroic rescue stories about stranded dogs and people becoming trapped in their own homes because they refuse to leave their pets during such flooding. Organizations like the Humane Society and ARRF have their work cut out every time such a storm approaches!

Please help these heroic puppy rescuers if you can by donating.