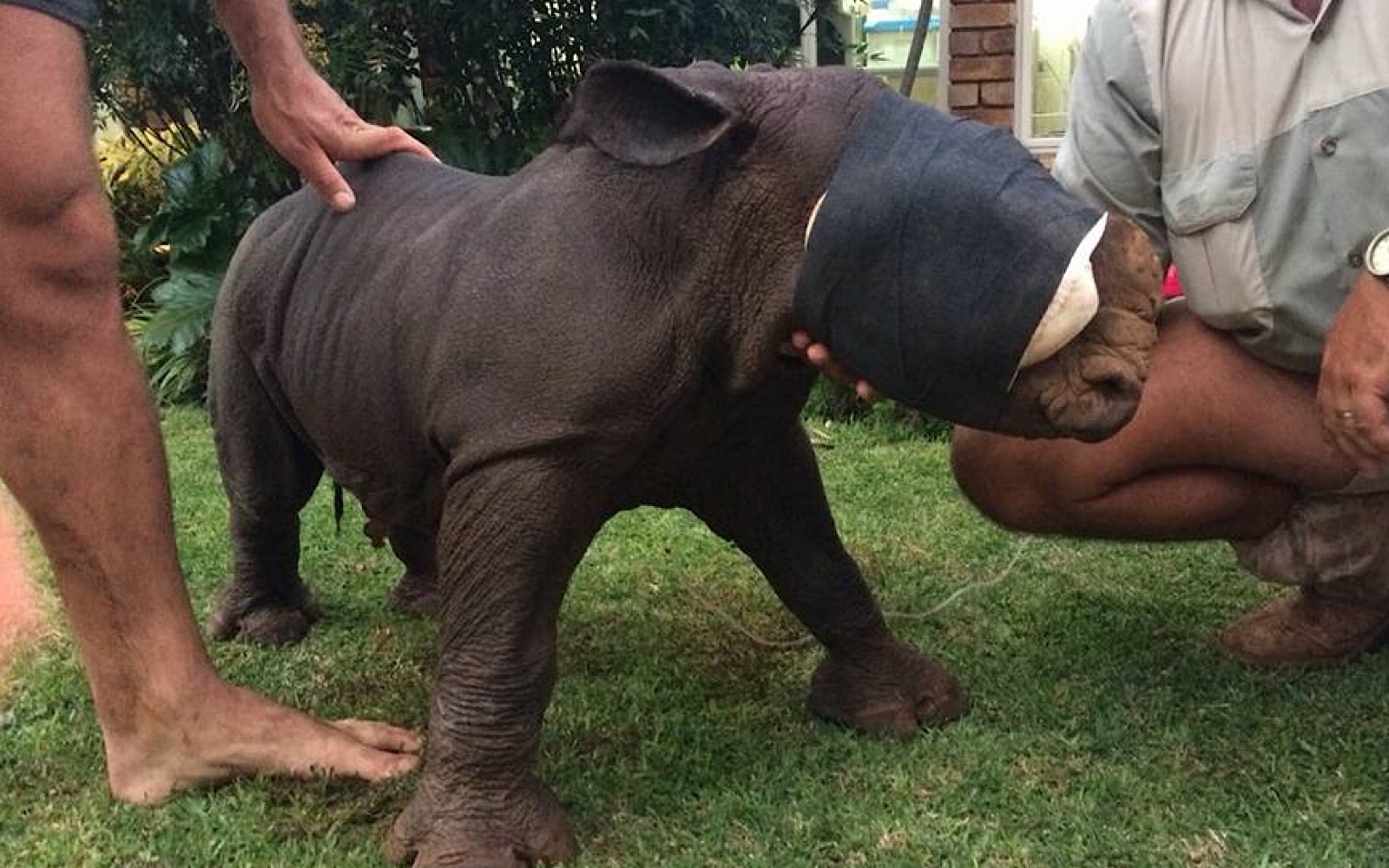 The Rhino Orphanage is a non-profit organization dedicated to rescuing and rehabilitating injured and orphaned rhinos with the goal of returning them to the wild. Founded in 2012 in the Limpopo Province in South Africa, The Rhino Orphanage and its diligent workers have witnessed the harsh reality of the poaching epidemic firsthand, but thanks to their selfless efforts, rhinos have a glimpse of hope and a fighting chance.

The Rhino Orphanage just took in an orphaned male rhino estimated to be around 10 to 20 days old. The start of his life has been so traumatic that rescuers had to outfit him with a special blindfold and earplugs to help minimize stress for the baby. 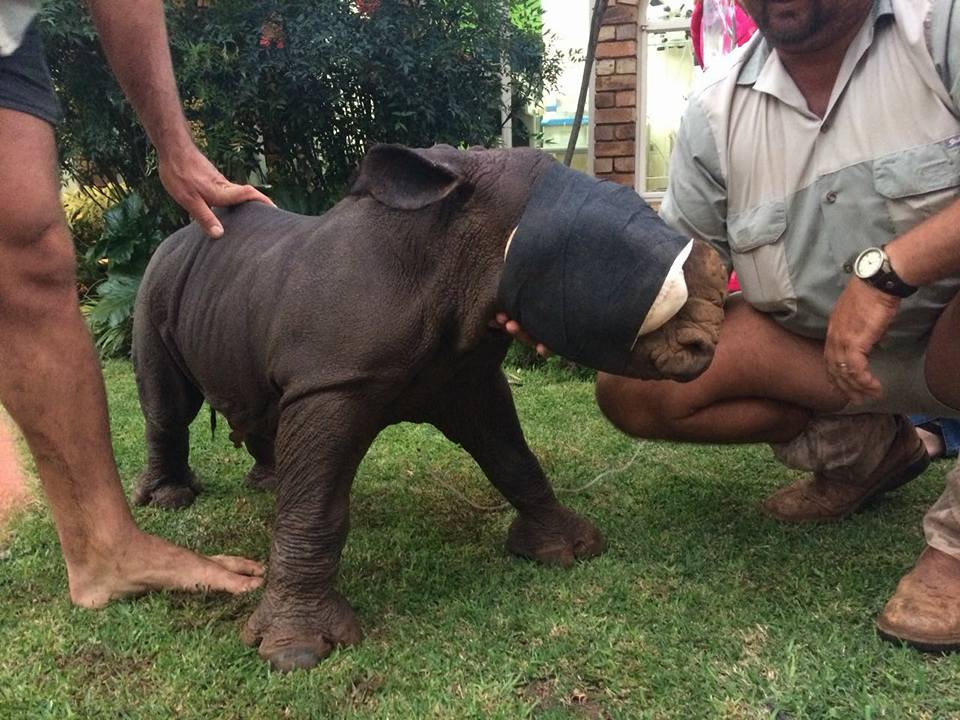 Snuggled under a cozy blanket, the sweet little guy slept the entire first day at the rescue center. 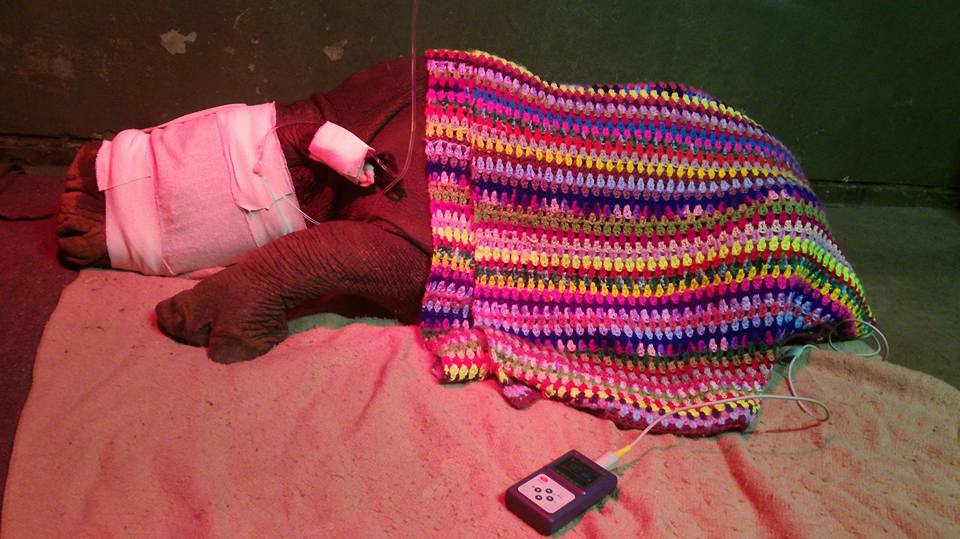 Luckily, he woke up the next morning ready to guzzle down lots of formula. 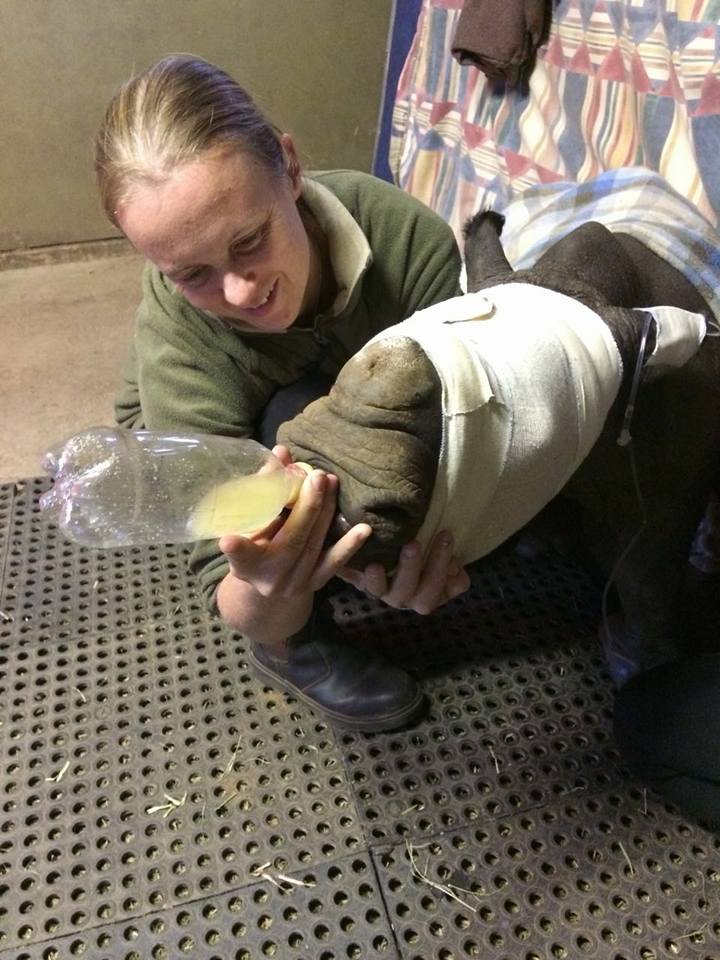 He now has his blindfold off, but his earplugs are still in. Like human children, rhinos become very attached to their parents and seeing them killed can be an extremely traumatic experience. The earplugs help the little one adjust to his new home without being overwhelmed, although the process of full recovery will likely be long. 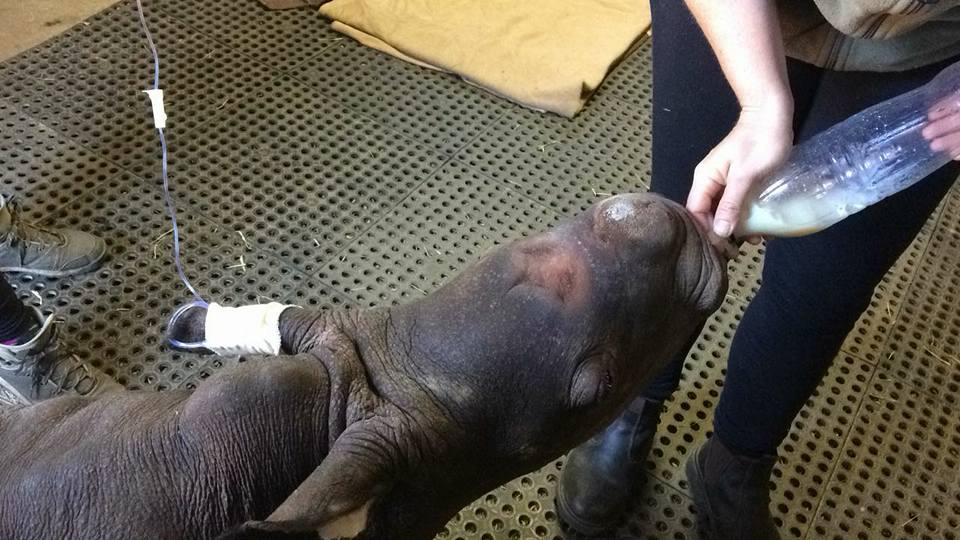 The little rhino still has a way to go, but with the help of rescuers, he has a chance of beating the odds and surviving. 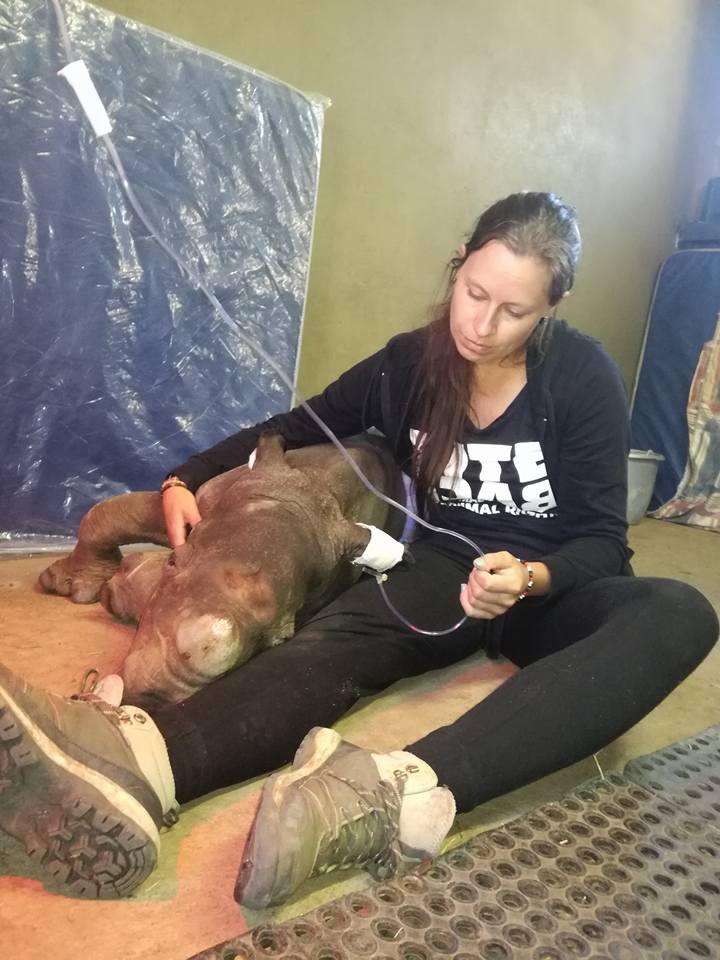 To learn more about The Rhino Orphanage and donate to their honorable cause, visit their website here, or their Facebook page here.

And remember to share this touching story with your friends and family as a reminder why we must keep fighting for rhinos!

All Image Source: The Rhino Orphanage/Facebook