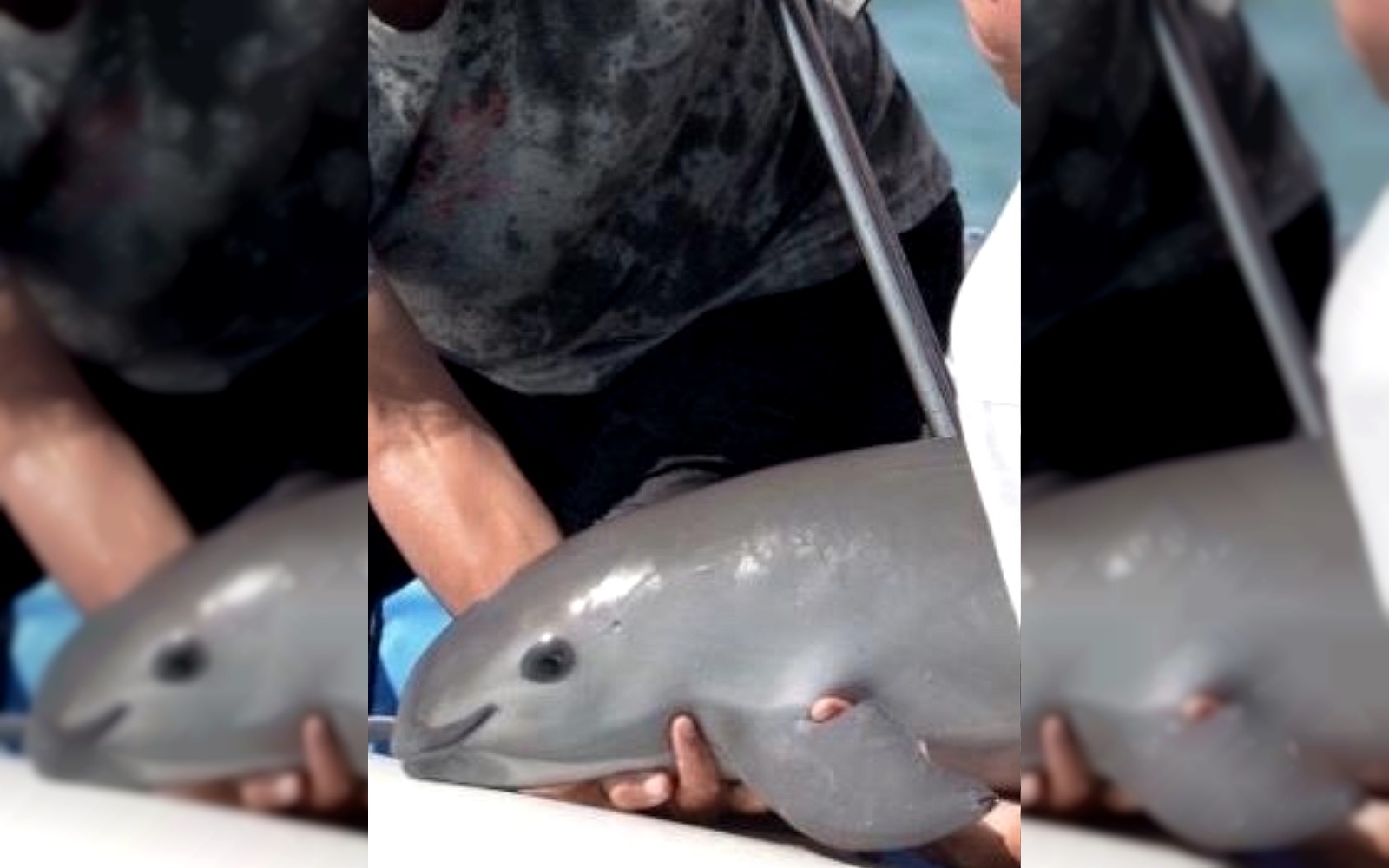 In 2017, The International Committee for the Recovery of the Vaquita reported that there were only 30 individuals left in the Upper Gulf of California, the vaquita’s only habitat. The main cause of death for the vaquita is entanglement in gillnets which are used to catch totoaba – a fish whose swim bladders are trafficked illegally and in high demand.

In February 2018, Andrea Crosta, from the international wildlife trade watchdog group Elephant Action League, visited the Upper Gulf of California. In a recent conversation with Mongabay, he shared incredibly alarming facts about the current condition of the species. According to new findings, there are now just 12 vaquita porpoises left.

Crosta confirmed that 30 individuals is, in fact, a high estimate. “My current sources confirmed to me that we are now talking about a dozen vaquitas left in the Sea of Cortez,” he said. “The scientists are using sonic buoys to count them, through echolocation, and numbers are now really low.”

According to Crosta, in San Felipe and Santa Clara, where most of the illegal fishermen are from, there are no real local efforts to curb the illegal totoaba fishery.

“I think they are actually waiting for the vaquita to go extinct so they can fish more and with fewer restrictions,” he said. “The central government of Mexico recently stepped up efforts to curb the use of gillnets in the area where the vaquita lives, but with very poor results, in my opinion. I personally saw dozens of illegal fishing vessels (pangas) going out to sea in the middle of the day, even in areas patrolled by the Mexican navy. During the night it is even worse.”

The organization’s undercover teams in Mexico and in China have also shown that the market for the totoaba’s swim bladder (maw) is still going strong. It was discovered that Chinese traders, including those living in Mexico, are buying maw from the Mexican totoaba cartels and smuggling it into China. Most of the maw goes to southern China, and Hong Kong seems to be an important smuggling hub, Crosta pointed out.

Crosta does not believe that a viable number of vaquitas will survive the next high season of totoaba fishing – which is already beginning.

“I don’t know about hope,” he said when asked about the future of the species. “I don’t want to sound too pessimistic, but this whole thing has become personal. Even if they kill all the vaquitas, we owe it to them to tell their full story, the truth, and we want to take down those responsible, who are not the fishermen, by the way.”

If you want to help protect the highly endangered vaquita, consider making a donation to an organization fighting for their survival. You can find a few listed below: