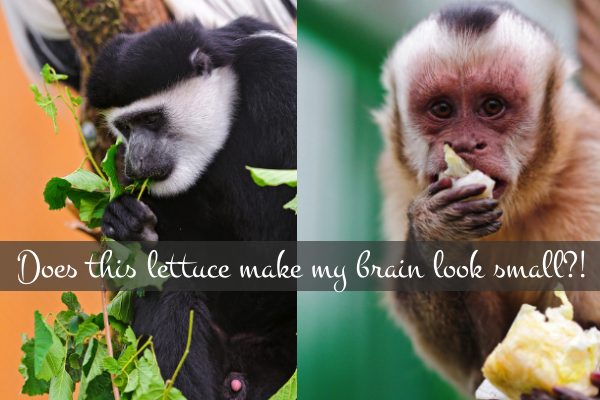 Humans have more brain neurons than any other primate — about 86 billion, compared with about 33 billion neurons in gorillas and 28 billion in chimpanzees. These extra neurons give humans a number of unique advantages and advanced skills. Scientists have long wondered how our ancestors managed to get enough energy to grow these larger, more advanced brains.

According to a study just published in the Proceedings of the National Academy of Sciences…they started cooking.

Brazilian researchers set out to test the hypothesis: “The reason we have more neurons than any other animal alive is that cooking allowed this qualitative change—this step increase in brain size. By cooking, we managed to circumvent the limitation of how much we can eat in a day,” said study co-author Suzana Herculano-Houzel.

Human brains consume 20 percent of our body’s energy when resting, compared with only 9 percent in other primates.

Study co-author Suzana Herculano-Houzel explained: “If you eat only raw food, there are not enough hours in the day to get enough calories to build such a large brain. We can afford more neurons, thanks to cooking.”

What About Raw Foodists?

Unsurprisingly, this study is causing quite a stir among raw foodists, or those who choose to consume an all-raw food diet. But what about these raw foodists? Are their brains destined for shrinkage? Are they reversing evolution? Not necessarily.

Although apes are limited by hours available for feeding, modern raw foodists increase digestibility and caloric intake using blenders, food processors, dehydrators, and various supplements. While successful long-term raw foodists obviously find ways to fulfill their calorie (and satiation) requirements on such a diet…many do find it challenging, to say the least.