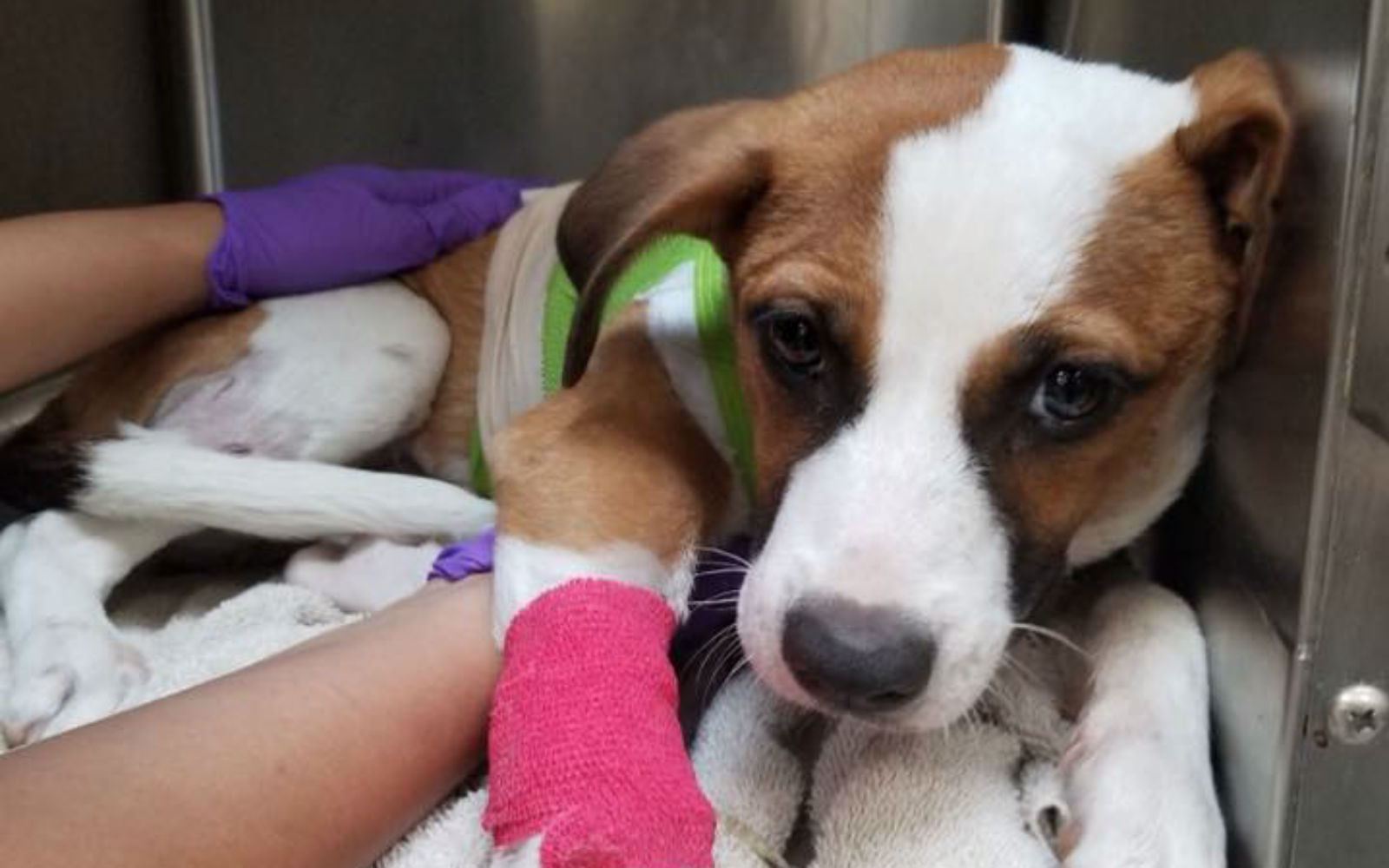 Here is the horrific story of a six-month-old puppy who was attacked by several dogs while her owner stood by and watched.

Rescue Dogs Rock NYC learned that instead of taking Bailey for much-needed medical care the moment the attack was over, this cruel owner dumped poor Bailey at a kill shelter.

This is poor Bailey looking understandably frightened after her ordeal. Bailey arrived at the shelter in utter shock, bleeding out, critically injured, and in excruciating pain. 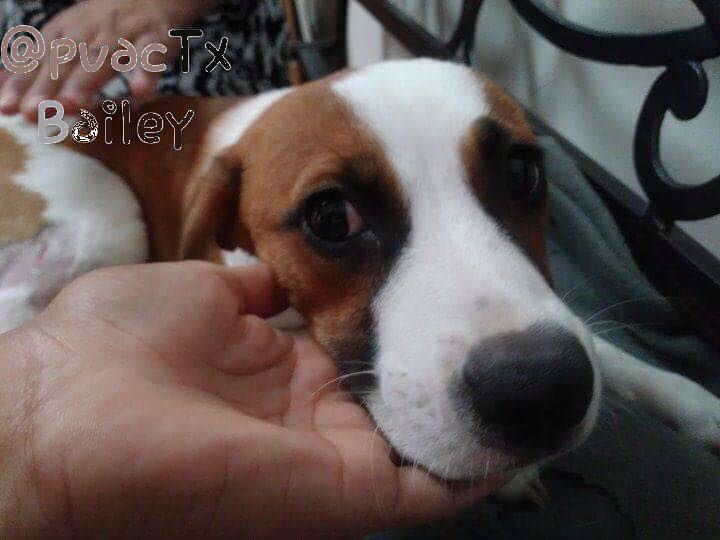 The owner calmly surrendered Bailey to the shelter and walked away without another thought. Can you imagine how terrified this poor little girl must have been? This is just one of the awful wounds we can show you. The rest, covering most of her body, are far too horrific to share. 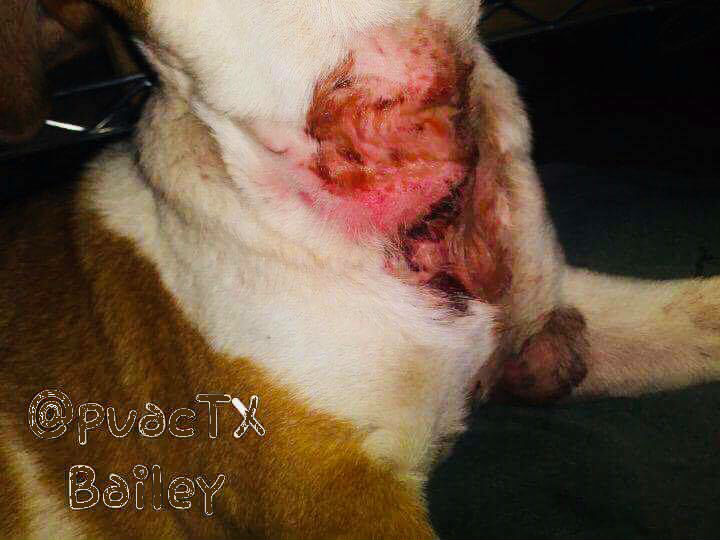 Rescue Dogs Rock has since learned that this horrific attack happened days ago and the owner left Bailey untreated, meaning her wounds had time to worsen and become infected. By the time this irresponsible person brought her to the shelter, Bailey was close to septic shock and severely anemic from loss of blood. She was so unwell that she wasn’t even fit for surgery. After two blood transfusions, Bailey has perked up a little, and Rescue Dogs Rock is hopeful that she can now have the surgery she so desperately needs. 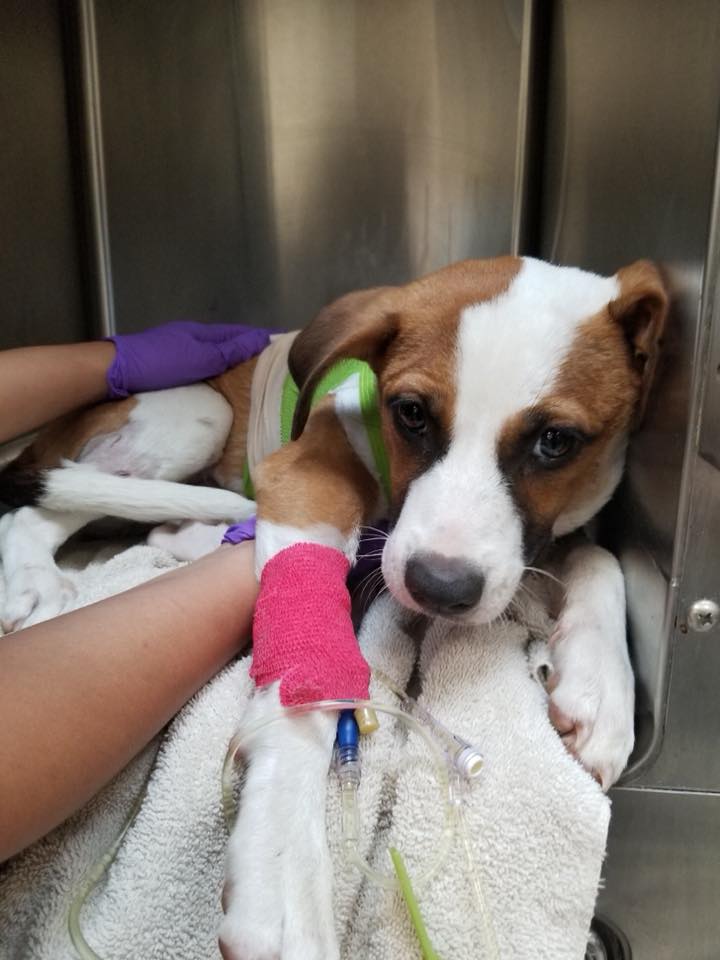 Bailey’s story is among the worst you can imagine. Hearing about dogs who have been abandoned is unfortunately something that has become common to organizations like Rescue Dogs Rock. Dogs are found rummaging for food or dumped outside of shelters in the middle of the night so the owners can’t be identified. The mentality of these owners is difficult to fathom, but to allow your own pet to be attacked and then to dump them after neglecting their life-threatening injuries has reached a new level of barbaric that we are having difficulty getting our heads around.

Rescue Dogs Rock raises awareness of the ever-growing plight of homeless animals in this country, both in shelters and those dumped on our streets. Bailey’s urgent medical treatment is going to be costly, and they are calling on you for your help. To help Rescue Dogs Rock continue to work hard to rescue dogs like Bailey, please consider making a donation.