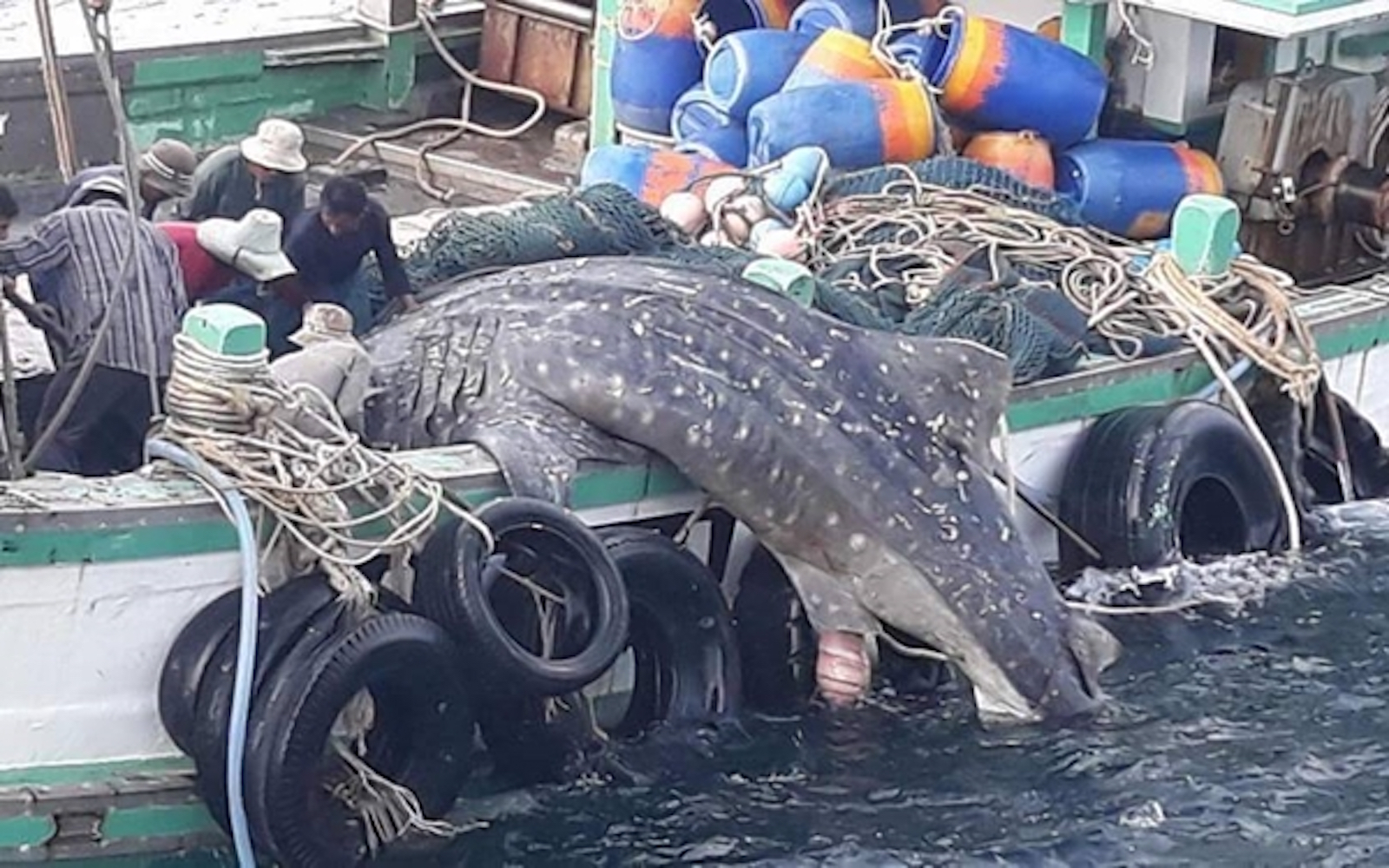 By dragging a net across the ocean floor, fishers can easily catch many fish at a time. However, this practice comes with a price — it often results in larger marine creatures being unintentionally picked up by the nets as well. This unfortunate situation happened recently off the coast of Thailand in the Andaman Sea when a fishing boat accidentally caught a pregnant female whale shark in a drag net.

Upon getting news from divers on a diving boat that the animal had been scooped up by the net, the fishing boat’s captain reportedly said that they would release the whale shark. But instead of doing so promptly, the crew left the whale shark hanging on the side of the boat for upwards of two hours, leaving the poor creature unresponsive and with severely dry skin.

By the time the fishing boat crew finally cut the ropes that the whale shark was caught in and released her back into the ocean, it was already too late — she had spent too much time out of the water, and she had died. What’s worse, the diving crew reportedly spotted an unborn baby whale shark coming out of the mother and floating away into the sea. This drag net operation took the lives of not one but two innocent whale sharks.

When he heard about this tragic incident, Dr. Thon Thamrongnawasawata, a marine activist and an official counsellor for the Department of Marine and Coastal Resouces (DMCR), was understandably outraged. He reportedly posted on his personal Facebook page, “The whale shark is protected by the international Species Conservation Act. It is also classified as prohibited in the Fisheries Act. The female whale shark should not be caught or taken onto a fishing vessel. The sentence is a fine between 300,000 and 3 million baht.”

We certainly hope that the fishing crew receives a hefty fine for the murder of these two poor whale sharks.

To make sure justice is served for these whales and help more people learn about the harsh consequences of drag net fishing, a conservation group in Thailand called Go Eco Phuket is encouraging individuals to spread the word about this tragedy. Doing so is a great way to play your part in ending reckless fishing practices. Another easy thing you can do to help reduce the needless slaughter of marine life is decrease your seafood consumption. If we all work together, it’s very possible for us to enact change and preserve our planet’s precious marine animals!