Ludwig the 240-pound pot-bellied pig immigrated from Canada to Derby, England with his mom and dad, Mike Maughan and Liane Scholz last October. While it might have been quite a long trip, boy are they thankful they brought their beloved pig with them!

On New Year’s Eve, Ludwig found the perfect way to thank his parents for coordinating his trip across the Atlantic by protecting his parents, and all their belongings from robbers!

Maughan woke up early on New Year’s Day to the door open and Ludwig, who is normally fast asleep in his bed, wandering around in a concerned manner. No more than a few minutes earlier, robbers had broken into the UK house. They ended up only taking an empty handbag and a wallet thanks to the quick actions of Ludwig the pig! 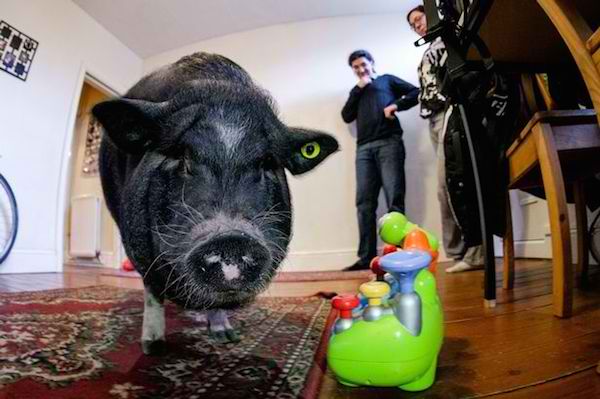 “They [the robbers] woke Ludwig up and he would have realized that we weren’t up and would have been disturbed,” said Maughan. “The noise he makes is like a low rumble that sounds like the biggest Rottweiler you can imagine so they just ran.” 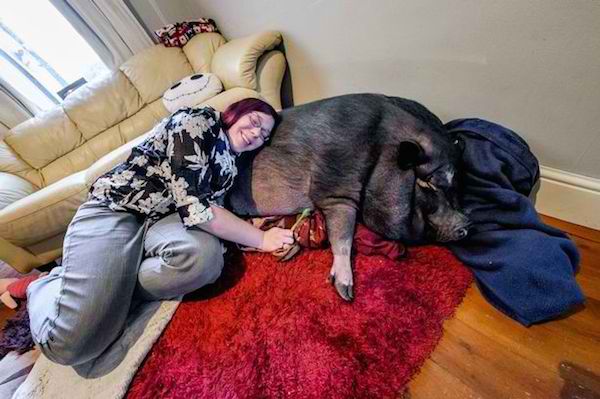 Bumping into a 240-pound, angry pig when you aren’t expecting it is enough to scare anyone away.

“There were things in there they could have taken, like a bike, but they just left,” stated Maughan. The family also had over 5,000 dollars worth of musical instruments and equipment the robbers could’ve taken off with.

Though having a guard pig sounds like a great idea, Ludwig’s parents are happy to share just how much work it is to have a pig. These highly intelligent animals require not only a great deal of space and exercise, but they need mental stimulation as well.

“A pig is like a two or three-year-old toddler but he is a toddler who will never grow up and they live to around 20,” says Sholz. “As a house animal, he is well behaved and isn’t a destructive animal but I could see the potential for it.” 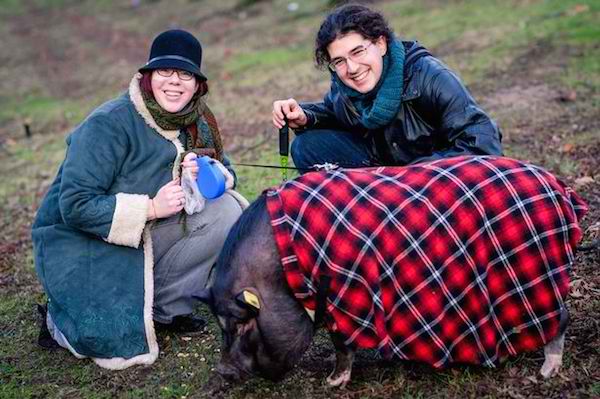 Anyone interested in bringing a rescue pig into their home should realize the space, time and equipment necessary to make the animal’s life a great one. It is not as easy as having a dog or cat … plus they get to be huge (don’t be fooled by the tea cup myth)!

Ludwig’s family takes great care of him and the love between parents and pig-child is obvious. “It was such a relief that he was there,” Sholz added. “He is our little hero.”