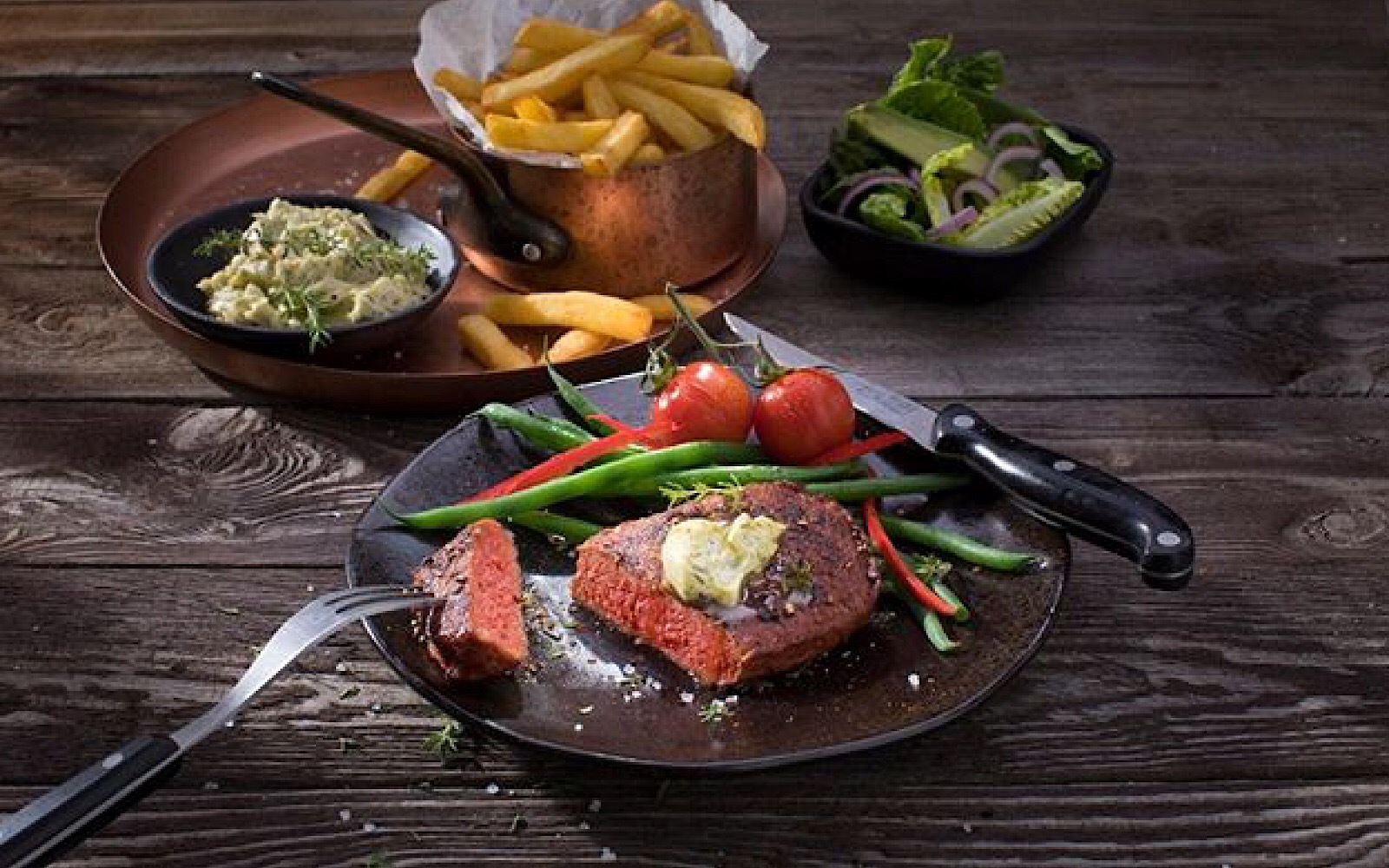 As the world has become increasingly aware of the environmental and health benefits of a plant-based diet, the plant-based food industry has exploded. In just a matter of a few years, demand for plant-based products has increased by 140 percent, and nearly 50 percent of Americans surveyed said they would support a ban on slaughterhouses and prefer animal-free meat. Millennials are big leaders in the plant-based movement, with nearly half of those surveyed saying they leave meat off their plates for environmental concerns, and the next wave of consumers, Generation Z, is following in their footsteps. A major Netherlands’ plant-based food manufacturer, Vivera, recently released the world’s first plant-based steak to the retail market, and it has already nearly sold out in the UK after just a few days of being on the shelves!

Vivera began selling its steak alternative in 400 UK supermarkets last week, and the 40,000 units have already nearly sold out. The company expects similar results in the Netherlands and Belgium as they expand their market and plan on producing several million steaks this year.

Gert Jan Gombert of Vivera stated: “We are overwhelmed by the great success of the 100 percent plant-based steak. Within a few days the first delivery of 40,000 items is nearly sold out. The sales could have been much larger, some supermarkets were sold out within a day. The consumers in England are almost without exception very enthusiastic about the taste and texture of the steak. The hashtag #Vivera almost explodes on Instagram. This ground-breaking product has also received a particularly positive reception from professional critics. We will do our utmost to meet market demand as much as possible by increasing our production faster than planned.”

This successful start is not just good news for Vivera, but for the environment as well. Traditional industrialized animal agriculture depletes the world’s natural resources while driving species to extinction and contributing more greenhouse gas emissions than the entire transportation sector combined. Research has shown that the production of Vivera’s plant-based steak releases 95 percent fewer CO2 emissions than traditional steak or beef, and we hope their recent success is yet another indicator of where the future of food is heading — towards plants.

To learn more about Vivera and their products, visit their website here.

Want to learn more about how your food choices affect the health of the entire world? Check out the Eat for the Planet book!