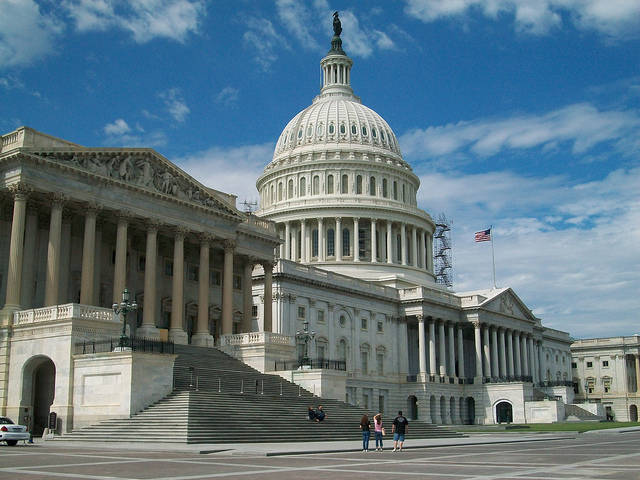 Renowned plant-based nutrition experts, Drs. T. Colin Campbell and Caldwell Esselstyn told an audience, which included several members of Congress that a plant-based diet is not only healthier, but could also cut America’s health care and agriculture costs by billions.

The two spoke at a screening of the film “Forks Over Knives,” which was sponsored by the Physicians Committee for Responsible Medicine (PCRM) and organized by Elizabeth Kucinich, director of government affairs for the PCRM and wife of Rep. Dennis Kucinich (D-Ohio).

The duo explained the science behind plant-based nutrition and urged members of Congress to revamp U.S. food policies.

“The question is: What kind of spine does Congress have?” asked Esselstyn. He said the federal government puts 60 percent of its funding into the meat industry, even though the Food and Drug Administration reports that 50 percent of a person’s diet should be fruits and vegetables.

After the film was over, Rep. Jim Moran (D-Va.) asked the audience to give the two “courageous pioneers” a standing ovation.