Photographer Spotted a Homeless Dog and Turned Him Into a Lion! (PHOTOS) 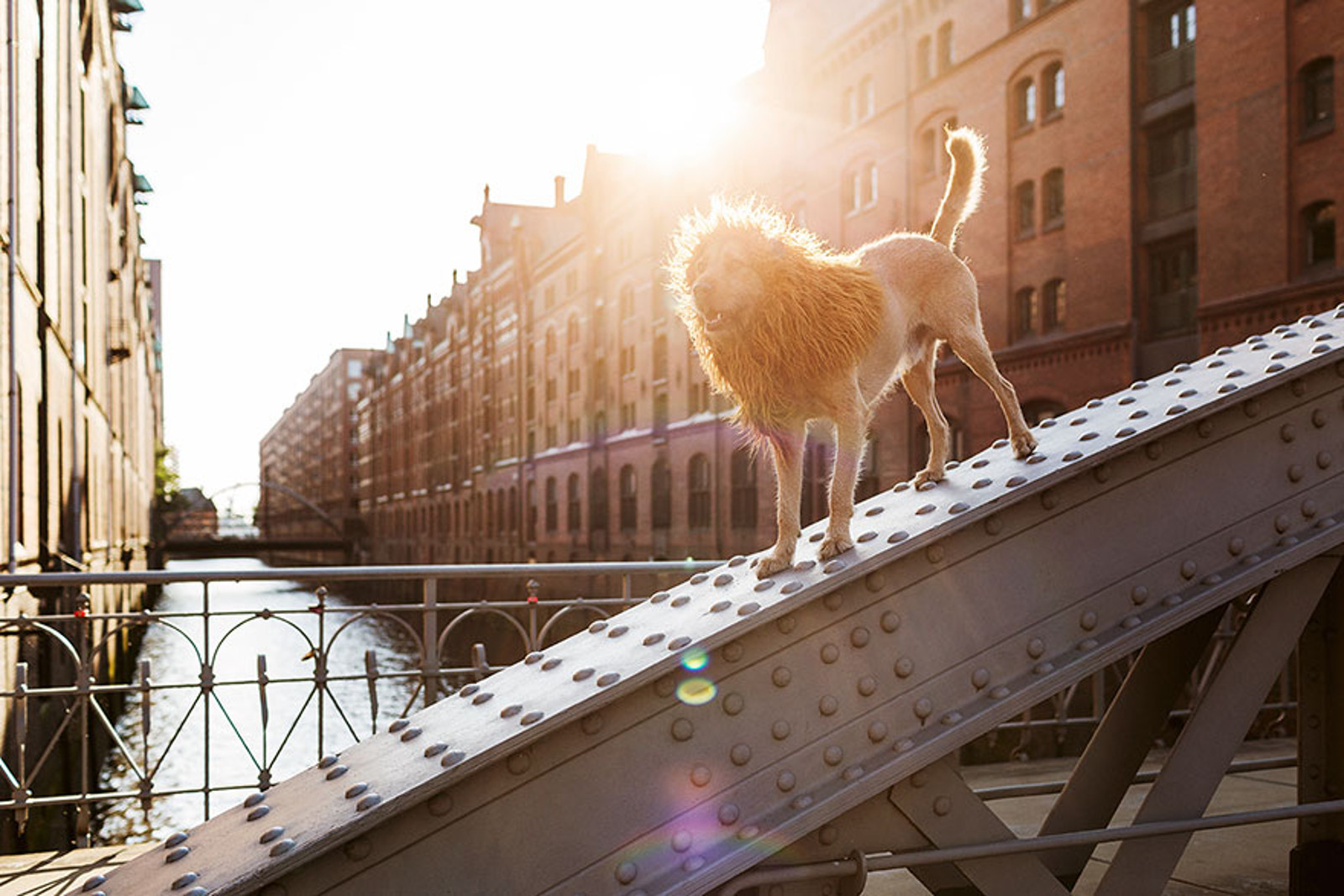 When German photographer Julia Marie Werner came across a homeless dog digging through food scraps in her garage in Spain, she saw that he was more than just a hungry pup. What was it that she saw? Well, a brave, fierce lion!

Julia believes that the pup was likely abandoned by his human by being thrown from a car. 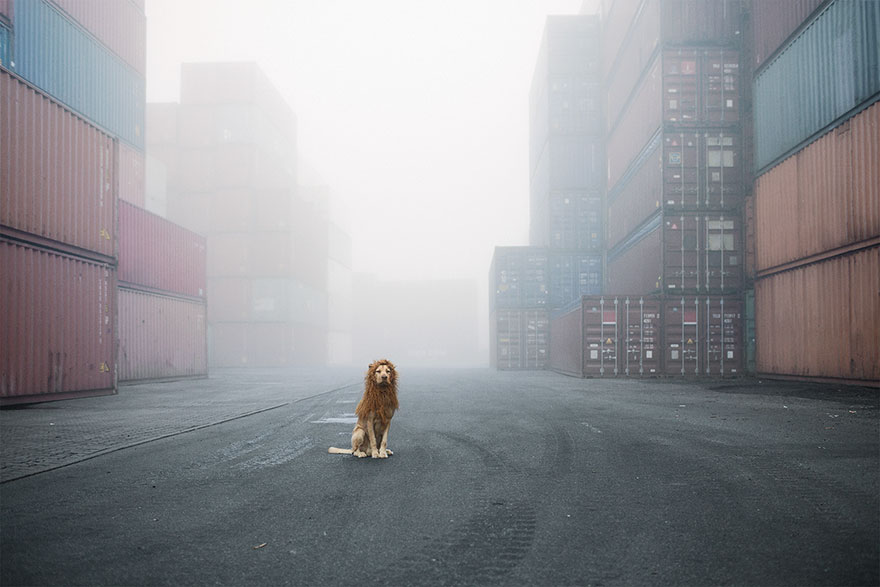 And once they met, she knew she couldn’t leave him behind. So she took him back to her home in Germany! 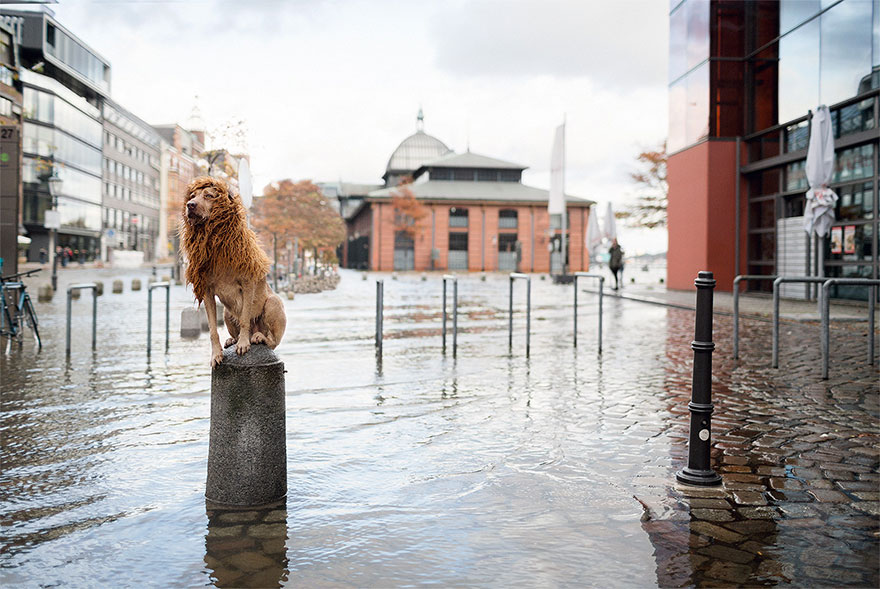 Julia named him Tschikko Leopold von Werner (a name truly suited for a king!) and photographed him around Germany in a photo series called “Grossstadtlowe,” which means “Big City Lion.” 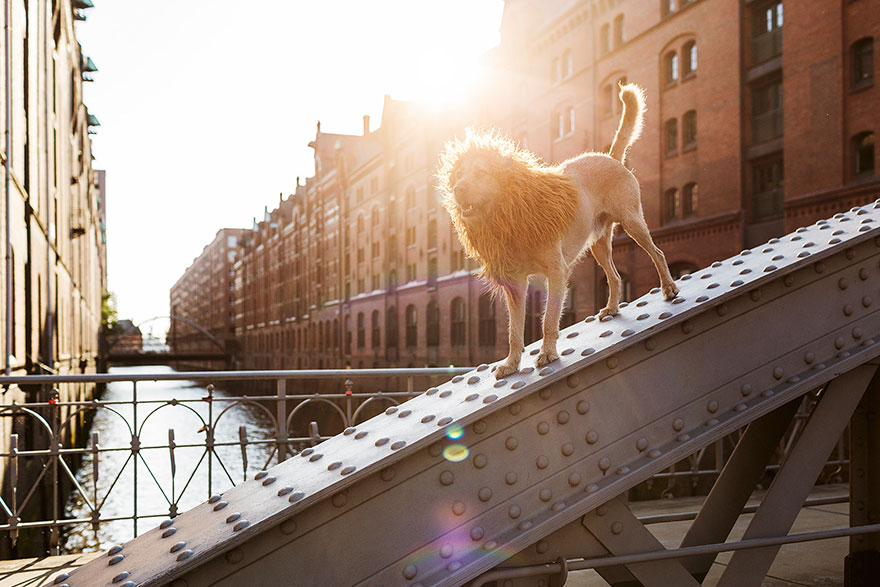 “He already looked like Simba to me,” Julia told Bored Panda. “And I am a big Lion King Fan. A friend of mine had some fabric left over so one afternoon we stitched the mane together.” 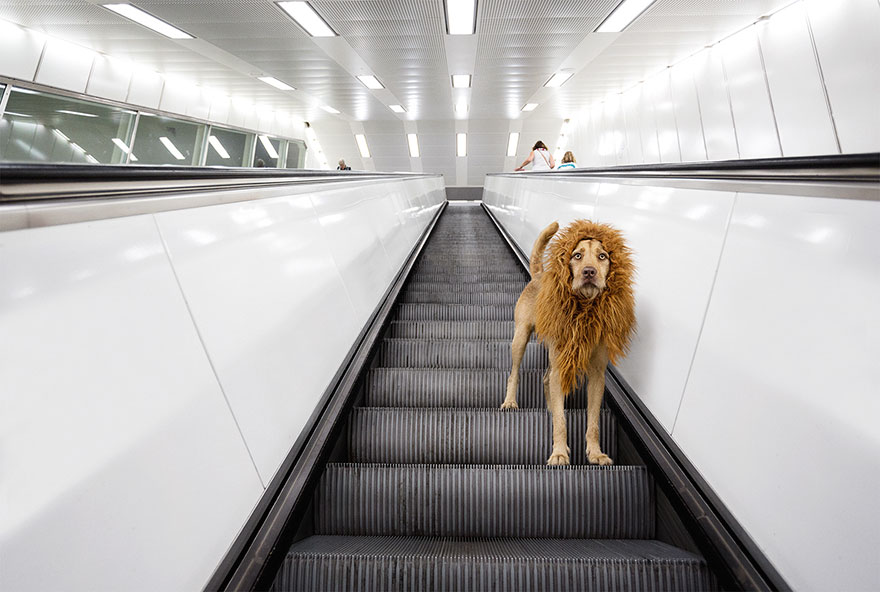 As you can see, Tschikko certainly looks like he stepped right out of the Lion King movie! He really does Simba proud. 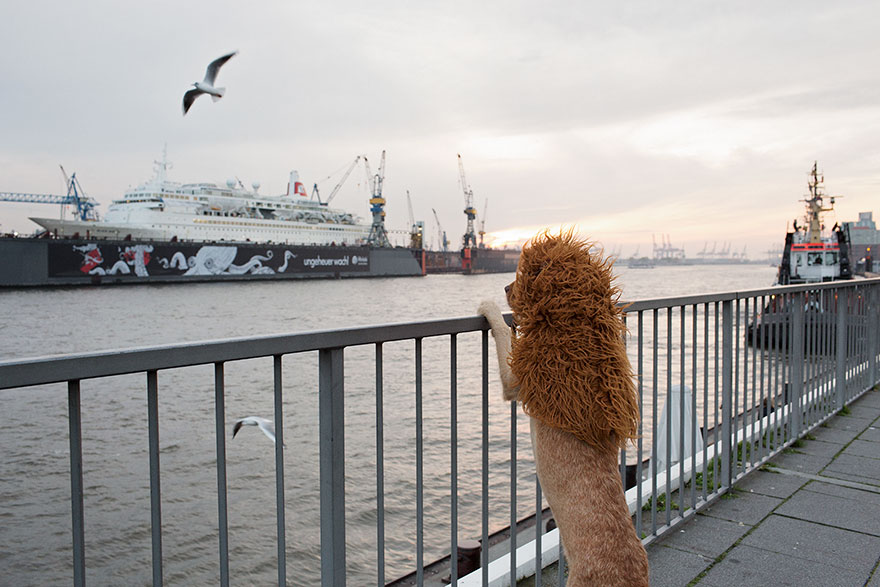 “He loves jumping on things and using the mane. The picture are both a game and teamwork between us,” Julia said. 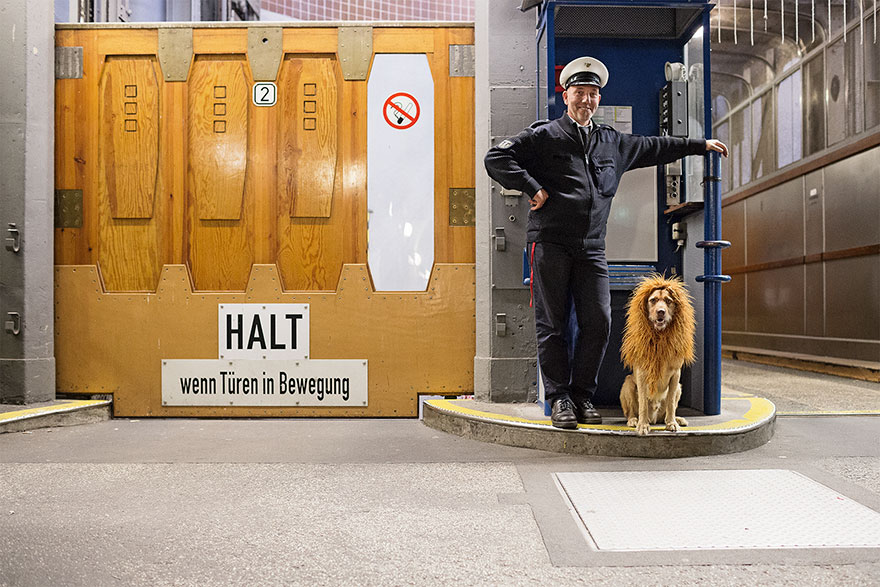 It’s so incredible to see what a slight makeover could do for this formerly homeless canine. 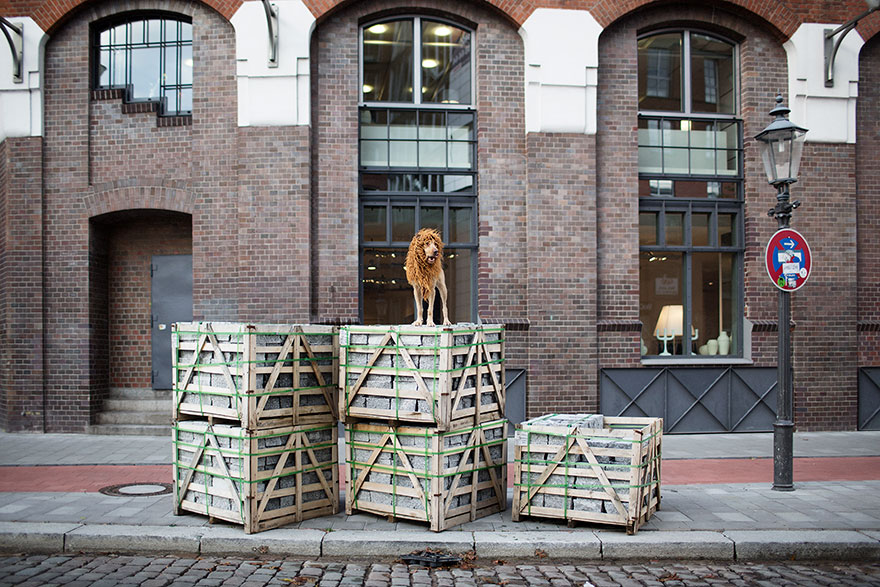 We’re so glad Julia saw past Tschikko’s unfortunate past and took him in. She really has transformed his life … and he has surely transformed hers! 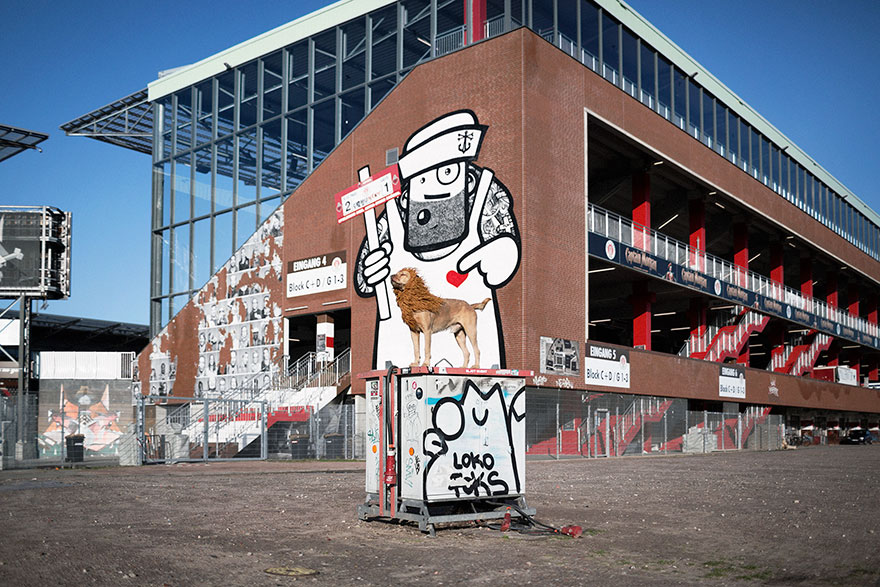 And despite his awesome mane, he’s DEFINITELY still a dog at heart … 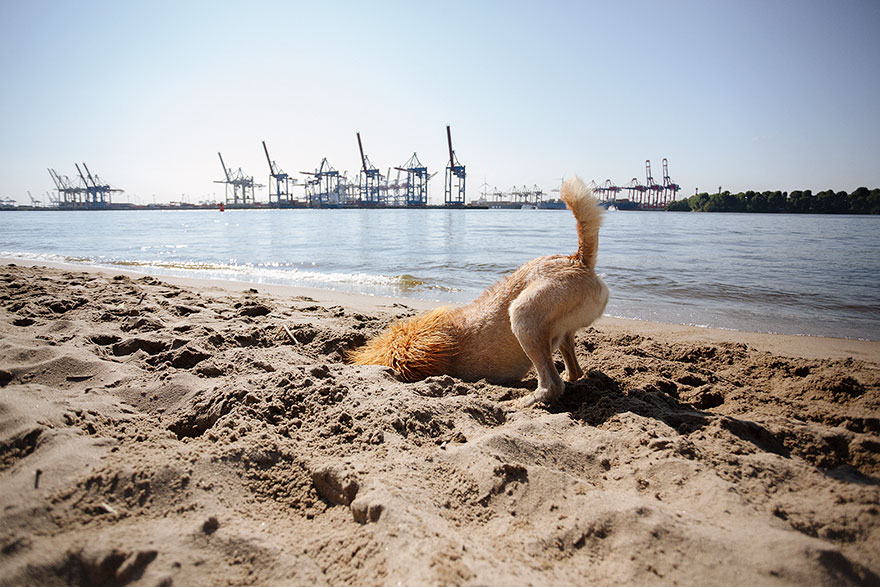 To see more of Julia’s stunning work, you can visit her website.