Photographer Who Gives Shelter Pit Bulls Flower Crowns to Help Them Get Adopted Is Coming Out With a Book! 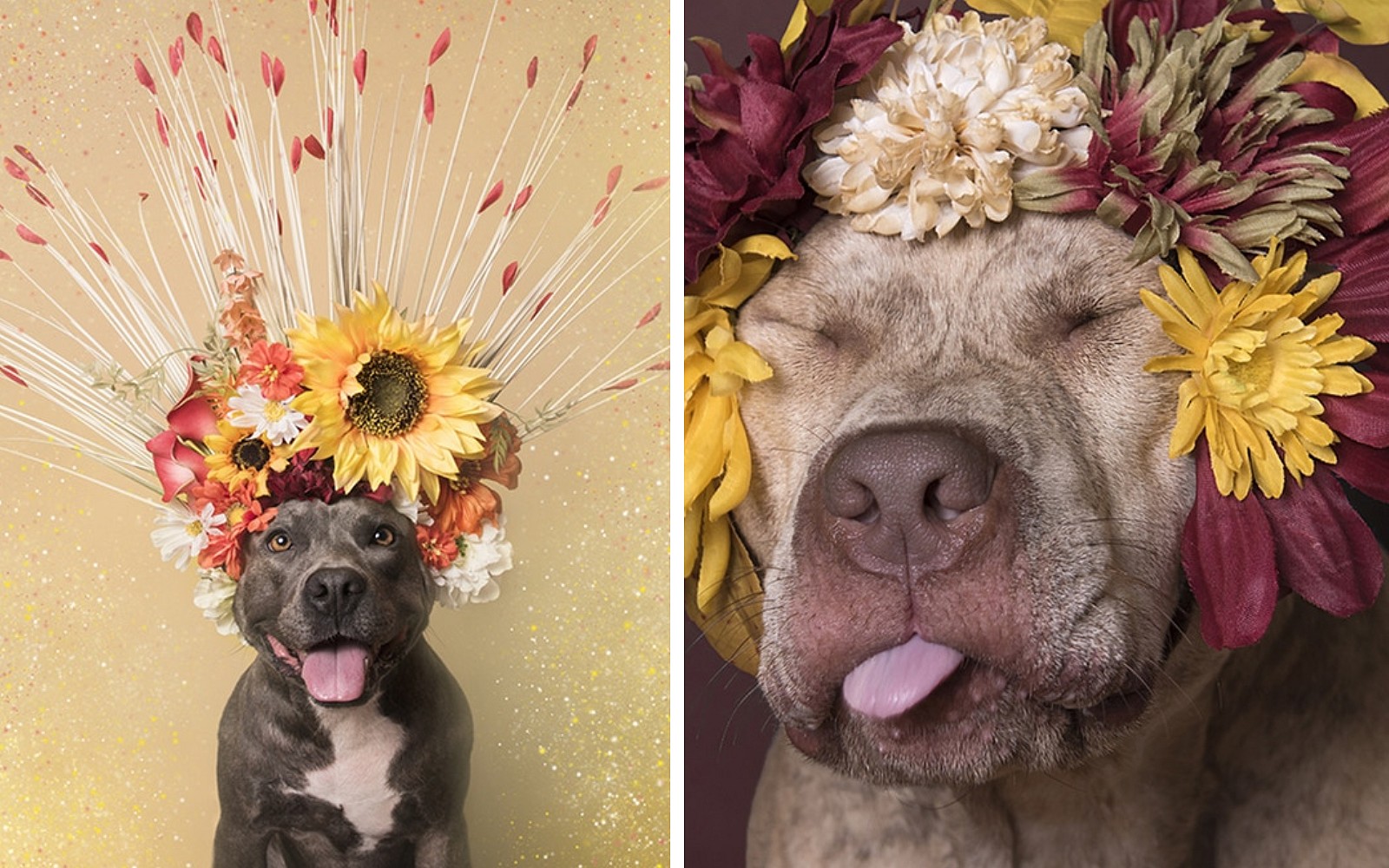 Pit Bulls do not have it easy. The stereotypes surrounding the breed have had a serious toll on these dogs, to the point where Pit Bulls enter the shelter system in huge numbers and 93 percent of them are being euthanized instead of adopted and loved. And they really deserve to be loved just like any other dog. Despite the ongoing media hype against Pits, in reality, no one breed of dog is innately more aggressive and violent than another; it is guardian’s ill-preparedness, irresponsibility, and abuse that is behind every aggressive Pit Bull.

Sadly, this fact is still not common knowledge – and the dogs are the ones who suffer. Needless to say, Pit Bulls are in serious need of some good PR. And this is where the photographer Sophie Gamand steps in. 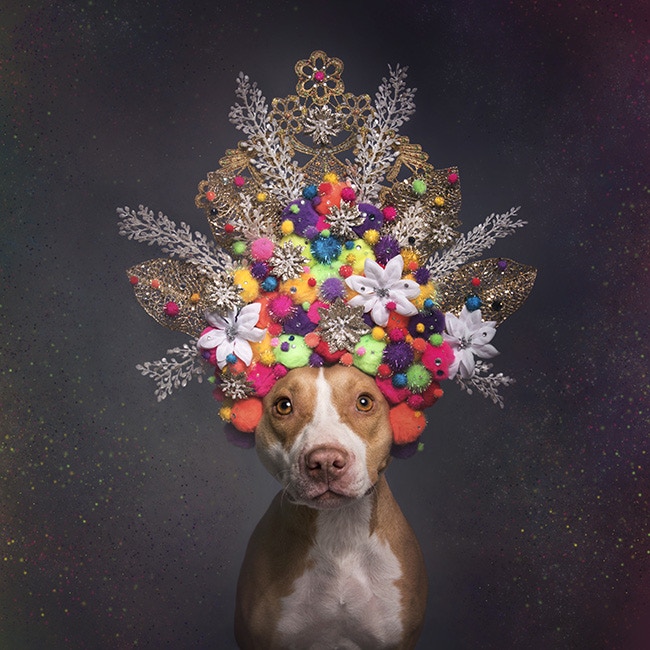 For nearly four years, Gamand visited Pit Bulls in shelters across the U.S. and decorated them with the most charming flower crowns – to take truly unforgettable pictures. 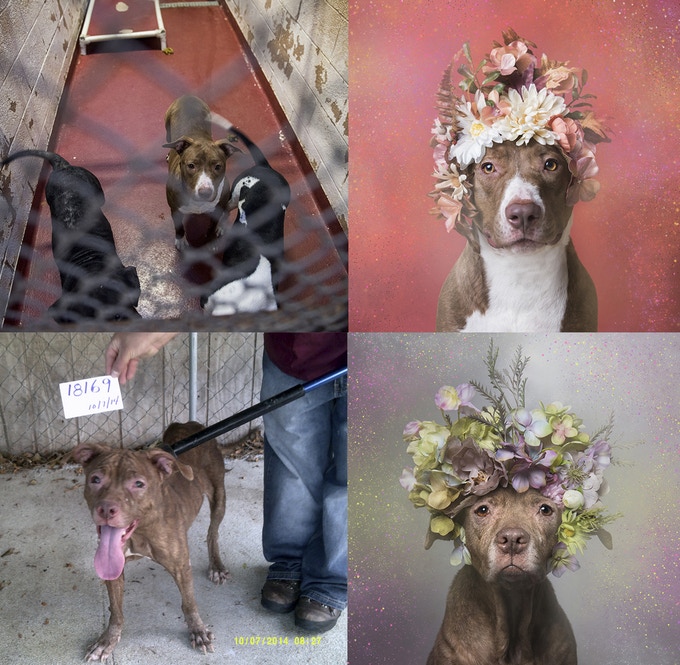 This long flowery photoshoot has just reached its grand finale – Gamand gathered the pictures into Pit Bull Flower Power, a large coffee table book all about the beautiful Pits she photographed. 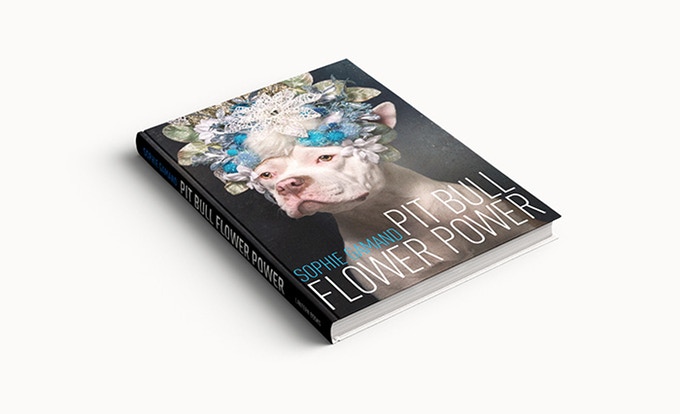 The book’s 250 pages feature a choice of Pit Bull portraits and outtakes, as well as the dogs’ inspiring stories and adoption updates. 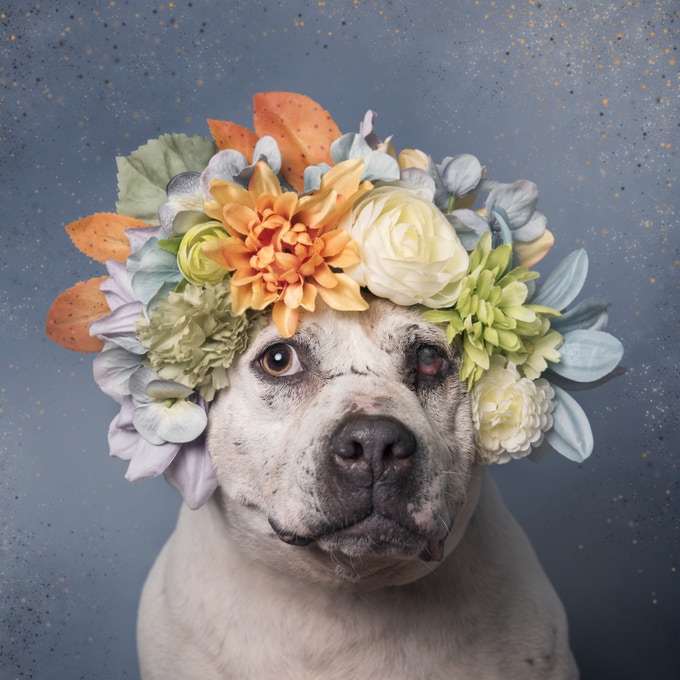 To make the book happen, the photographer has launched a Kickstarter campaign. Thanks to the support of people from all around the world, the fundraiser was not only met but exceeded its goal! 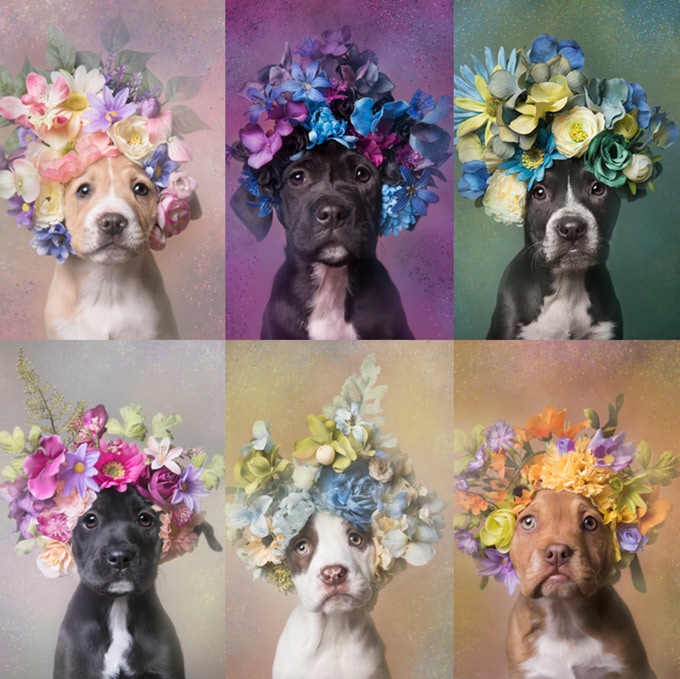 The book is set to be released in October 2018, in time for Pit Bull Awareness Month and Adopt A Shelter Dog Month. The more money is raised, the more copies will be printed. 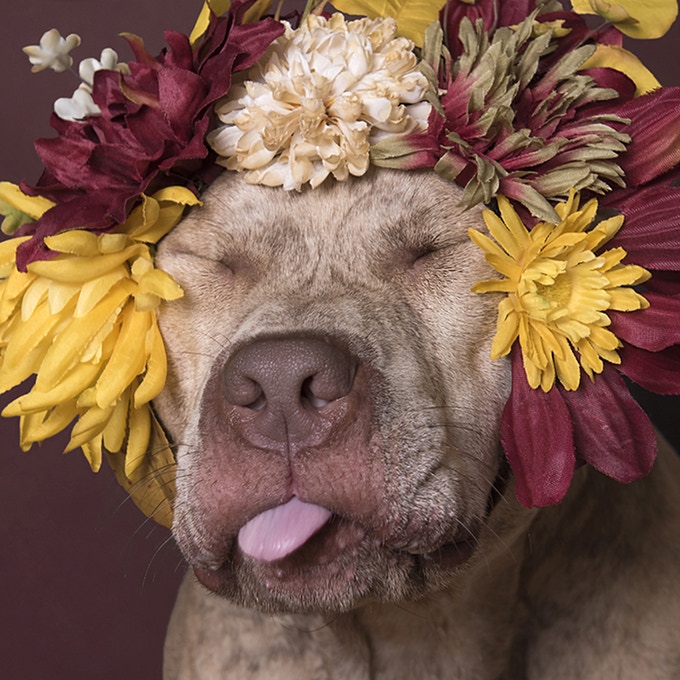 “Pit bulls have been demonized by society for decades,” Gamand wrote. “As a result, they are more prone to being abused, abandoned, and euthanized. Hundreds of thousands of them languish in shelters, with their stories untold. To combat the stigma surrounding these dogs, I decided to adorn them with handmade flower crowns, and share their stories with the world. I wondered if art could change their fate.”

To contribute to the fundraiser and order your own copy of the Pit Bull Flower Power book, click here.