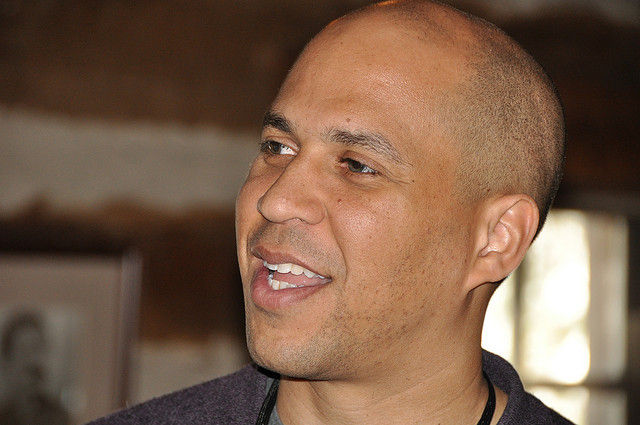 Cory Booker, part-time superhero and full-time mayor of Newark opened up for questions from Reddit users by participating in “Ask Me Anything” session. He answered questions on drug policy, what he thought when he charged into the flaming building, what he would name a Newark NBA team. Booker, who is a vegetarian also answered a question on why he chooses to be vegetarian.

Booker responded by saying that he became a vegetarian almost exactly 20 years ago. “I was a competitive athlete back then and wanted to see what could take my body to the next level, also I was reading everything I could about food, where it came from, what impact it had both on me and my world. So in 1992, I decided to experiment, to try it for 3 to 6 months. And WOW! when I did my athletic performance took off, I felt so much better and it comported with other values and ideas I was exploring at the time, so I decided that this is what is best for me. It was a very personal decision.”

He also went on to explain that he tried to be vegan for a while, but it didn’t last long. Booker explained why by saying “There is something about those two guys I love so much, that I lean on, that I so badly just want to hug: Ben & Jerry – I couldn’t leave them. . . I think those guys need me too much. Ben . . . Jerry, I’m here for you. . . Call me. . .”

So there you have it — a superhero Mayor who can’t go vegan because of a weakness for Ben & Jerry’s!

Here are some great reasons why we think he can do fine by ditching dairy and breaking his love affair with Ben & Jerry’s. Oh, and someone send Mayor Booker some delicious vegan ice cream please!