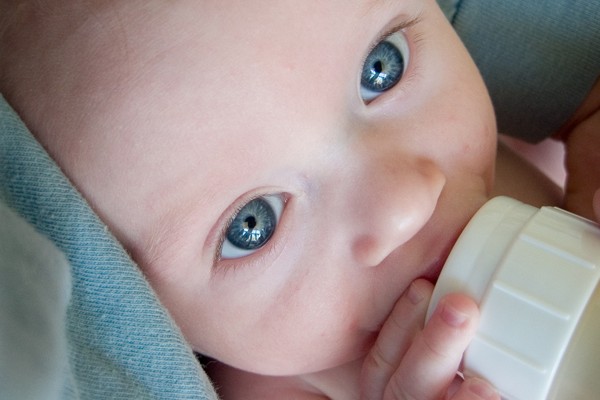 The American Academy of Pediatrics recommends human breast milk as the ideal source of nutrition for infant feeding. But most mothers will choose to supplement with formula at some point in their baby’s life, and many use it exclusively.

For mothers who are concerned about using formula (especially a soy-based formula), two new studies published in the June edition of Pediatrics provide important information about the role of infant feeding in cognitive development.

The first study, conducted by a group of researchers at the University of Arkansas Medical School, found few differences in cognitive development between babies who were fed soy-based forumla, cow’s milk-based formula, and breast milk during the first year of life.

A second study conducted by researchers at Yale University concluded that supplementing formula with long-chain polyunsaturated fatty acids has no effect on infant development, as measured by the Bayley Scales of Infant Development (BSID). Researchers based their conclusions on the results of 12 randomized controlled trials including a combined pool of 1,802 infants.

However, other researchers point out that while the BSID is a widely used measure of infant cognition, it lacks the sensitivity to detect subtle differences in cognitive ability. Thus, this research may not be sufficient to conclude that long-chain polyunsaturated fatty acid supplementation has no benefit on infant cognitive development.