Most Pork in the U.S. is Contaminated With Pathogenic Bacteria 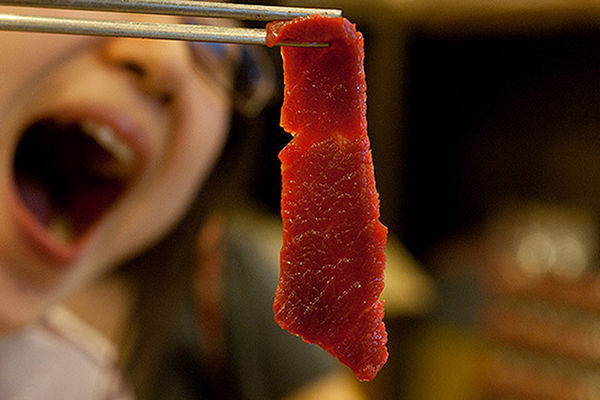 A new study conducted by Consumer Reports has found that nearly 70 percent of raw pork chop and ground pork samples were contaminated with Yersinia entercolitica,  a pathogenic bacteria.  According to the Centers for Disease Control (CDC) Yersinia enterocolitica can cause fever, abdominal pain and diarrhea, lasting one to three weeks. The CDC estimates that 100,000 Americans are infected by Yersinia each year—most of them children.

The study also found positive samples of enterococcus, staphylococcus aureus, salmonella  and listeria monocytogenes. As if that wasn’t enough, some of the bacteria was antibiotic-resistant to multiple drugs or entire classes of drugs used to treat humans, posing a great threat to public health.

“Antibiotics are routinely fed to healthy animals at low levels. This practice promotes the development of antibiotic resistant bacteria which are a major public health concern,” said Dr. Urvashi Rangan, Director of Safety and Sustainability at Consumer Reports in a press release. “Infections caused by resistant bacteria are more difficult to treat and can lead to increased suffering and costs.”

In addition to the bacteria, 20 percent of the samples contained traces of ractopamine, a drug used to promote growth and leanness in pigs. The European Union, China, Taiwan and many others countries have banned its use, citing concerns about its effect on human health, but the FDA, which regulates livestock drugs in the United States has deemed ractopamine safe.

“No drugs, including ractopamine and antibiotics, should be fed routinely to healthy animals for growth promotion and to prevent disease. These practices are harmful to public health, which is why they are banned inEurope,” said Dr. Michael Hansen senior scientist for Consumer Reports.

According to Food Safety News, the USDA responded to questions about the study by pointing out that the low levels of Salmonella and other common pathogens found by Consumer Reports show that pork processors are meeting federal food safety requirements. In other words, “don’t worry ya’ll…pork is totally safe!”

But luckily everyone isn’t this calm (read: in denial). Congresswoman Louise Slaughter (D-NY), who is a passionate critic of antibiotic use in agriculture came out swinging against food regulators. “Today’s findings are simply terrifying…it’s getting harder and harder for the food processing industry and the FDA to ignore the fact that overuse of antibiotics in animals is threatening public health.” said Slaughter.

According to the CDC, consumers can take a number of precautions to avoid exposure to Yersinia, such as avoid eating raw or undercooked pork, consume only pasteurized milk or milk products and wash hands with soap and water before eating and preparing food, after contact with animals, and after handling raw meat.

We have another piece of advice…STAY AWAY FROM THE BACON!