Morgan, the Suicidal Orca Held at Loro Parque, Just Had a Baby – Let’s Help Get Them Free 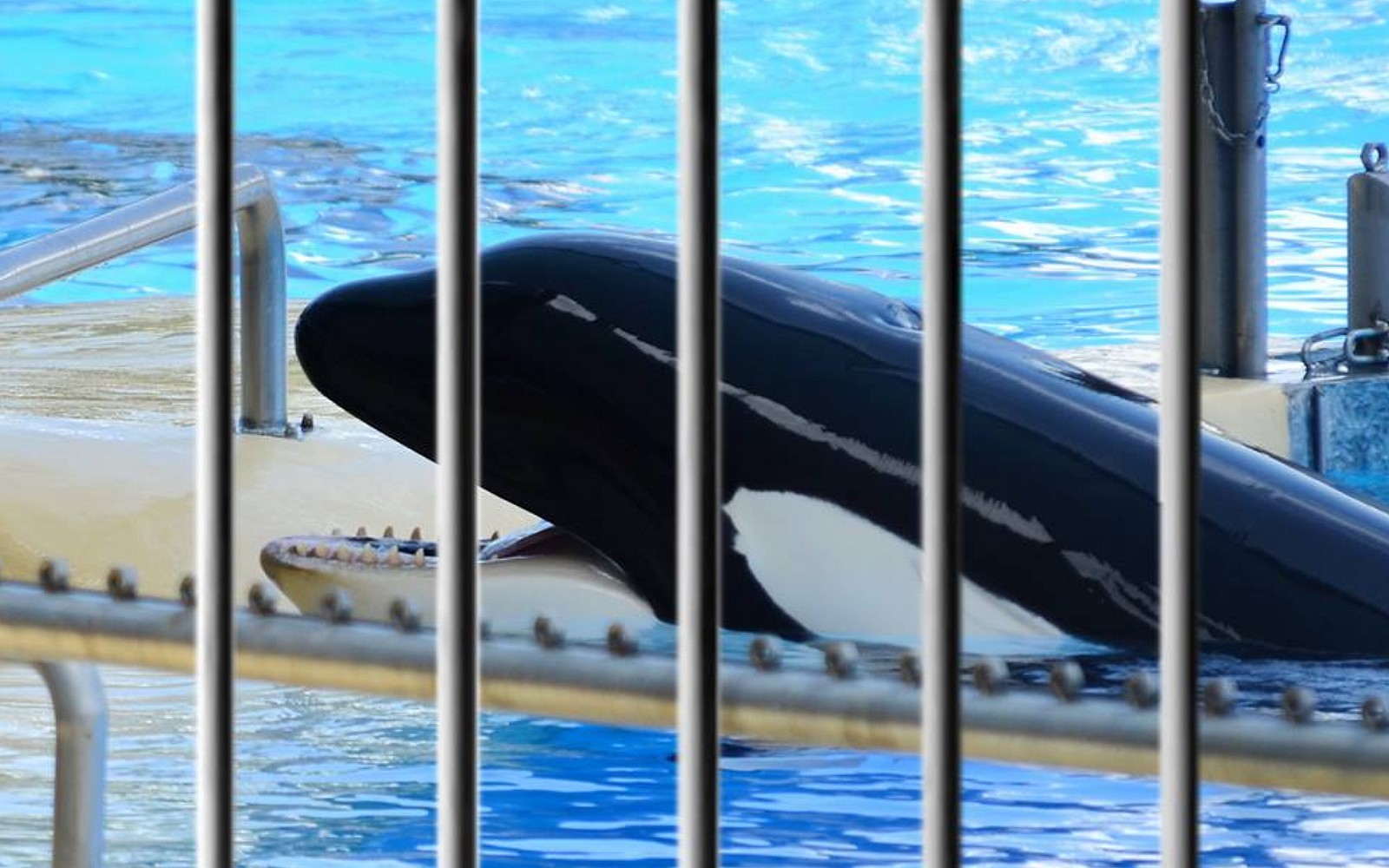 The story of Morgan, a female orca rescued in the Netherlands in 2010, could have been very different if the plan put forward by more than 30 experts had been put into motion. According to the plan, Morgan would have been released back into the ocean, her natural home, which was clearly the best option for the rescued animal. Instead, it was ruled that the orca would go to a place completely incomparable with her rightful habitat: the Loro Parque theme park in Tenerife, Spain. Since then, Morgan has been living in captivity, in conditions whose astonishing inadequacy has been captured time and again on photographs and in video footage. Unfortunately, there is now yet another animal sharing her fate … towards the end of September 2018, Morgan gave birth to a baby who is now forced to grow up as a captive animal.

In 2016, the Dolphin Project shared a heartbreaking video of Morgan flinging herself from the water onto the concrete stage and lying there for several minutes, barely moving. The behavior was strange at the very least and something that would never be observed in animals living in their natural habitat. Some activists likened the orca’s beaching herself to suicidal behavior, which is not at all that rare in orcas kept in captivity. The video brought much attention to Morgan’s story, but her situation still did not change.

Captive orcas suffer in more ways than we would like to imagine. The conditions orcas are forced to live in at aquariums are simply impossible to even compare with what their habitat and everyday life would look like in the wild. In captivity, orcas are forced into tiny tanks, comparable to bathtubs, have limited social interaction, and are often made to perform tricks which are in no way natural for the species. Zoochosis, that is repetitive, neurotic behavior signifying severe mental distress, plagues many captive orcas, and sadly, these distressed animals are very prone to developing aggressive behaviors towards their human captors. It is important to note that there have been a number of captive orca-related fatalities in theme parks across the world, including Loro Parque, but there has never been a recorded instance of wild orcas attacking humans.

The Free Morgan Foundation was formed to free Morgan and secure her release back where she belongs. Now, the foundation has to focus on one more orca: Morgan’s baby. The adult orca’s pregnancy is yet another controversial issue, since, when she got pregnant, Morgan was still too young to breed safely. As activists speculate, the pregnancy must have been an effect of artificial insemination or an impregnation by one of the two older male orcas at the park.

Morgan can be released back to the wild, and this one fact should be enough for anyone who truly cares about her well-being to understand that this is what should happen with the orca and her baby. Morgan was born in the wild and spent the first years of her life in her natural home. Scientists have now been able to match her vocalizations with a group of orcas in Norway, which makes them believe that the group is Morgan’s lost family. Given orcas’ exceptional intelligence and memory, there is a great chance that Morgan could be reunited with her pod and, even if that does not happen, she could still be successfully released. Should any more reasons be needed for this orca and her baby to be released from a profit-oriented amusement park and returned to where they truly belong? Click here to sign a Care2 petition to free Morgan and her calf now.