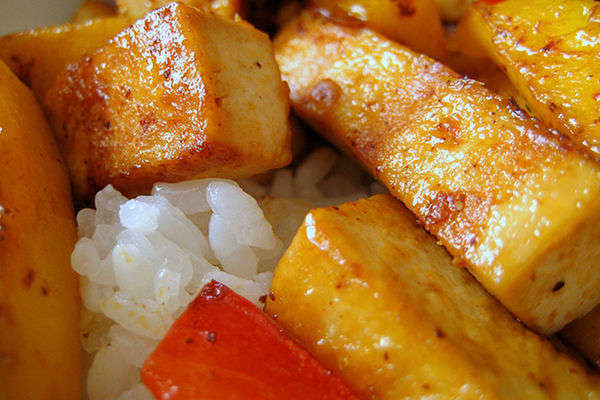 A new study led by researchers at the University of California, Berkeley found that plant based sources of protein may not only provide you with key nutrients, but may also improve your performance in the bedroom!

The research is the first to make a connection between plant-based estrogenic compounds, or phytoestrogens, and behavior in wild primates.

Researchers observed a group of red colobus monkeys in Uganda and found that the more the monkeys dined on the leaves of Millettia dura, a tropical tree containing estrogen-like compounds, the higher their levels of estradiol and cortisol. They also found that with the altered hormone levels came more acts of aggression and sex, and less time spent grooming, which is known to be an important behavior for social bonding in primates.

“It’s one of the first studies done in a natural setting providing evidence that plant chemicals can directly affect a wild primate’s physiology and behavior by acting on the endocrine system,” said study lead author Michael Wasserman, who conducted the research as a graduate student at UC Berkeley’s Department of Environmental Science, Policy and Management.

“With all of the concern today about phytoestrogen intake by humans through soy products, it is very useful to find out more about the exposure to such compounds in living primates and, by analogy, human ancestors,” said study co-author Katharine Milton, professor in UC Berkeley’s Department of Environmental Science, Policy and Management and an expert on the dietary ecology of primates.

Don’t start piling your plate with only tofu just yet! The researchers noted that the tendency for certain behaviors to occur can be affected by complex interactions between endogenous hormones and phytoestrogens, in addition to factors such as the quality and quantity of food, competition for resources and mates and predation.

“After studying the effects of phytoestrogens in apes and fruit-eating primates, we can then get a better sense of how these estrogenic compounds may influence human health and behavior,” said Wasserman.