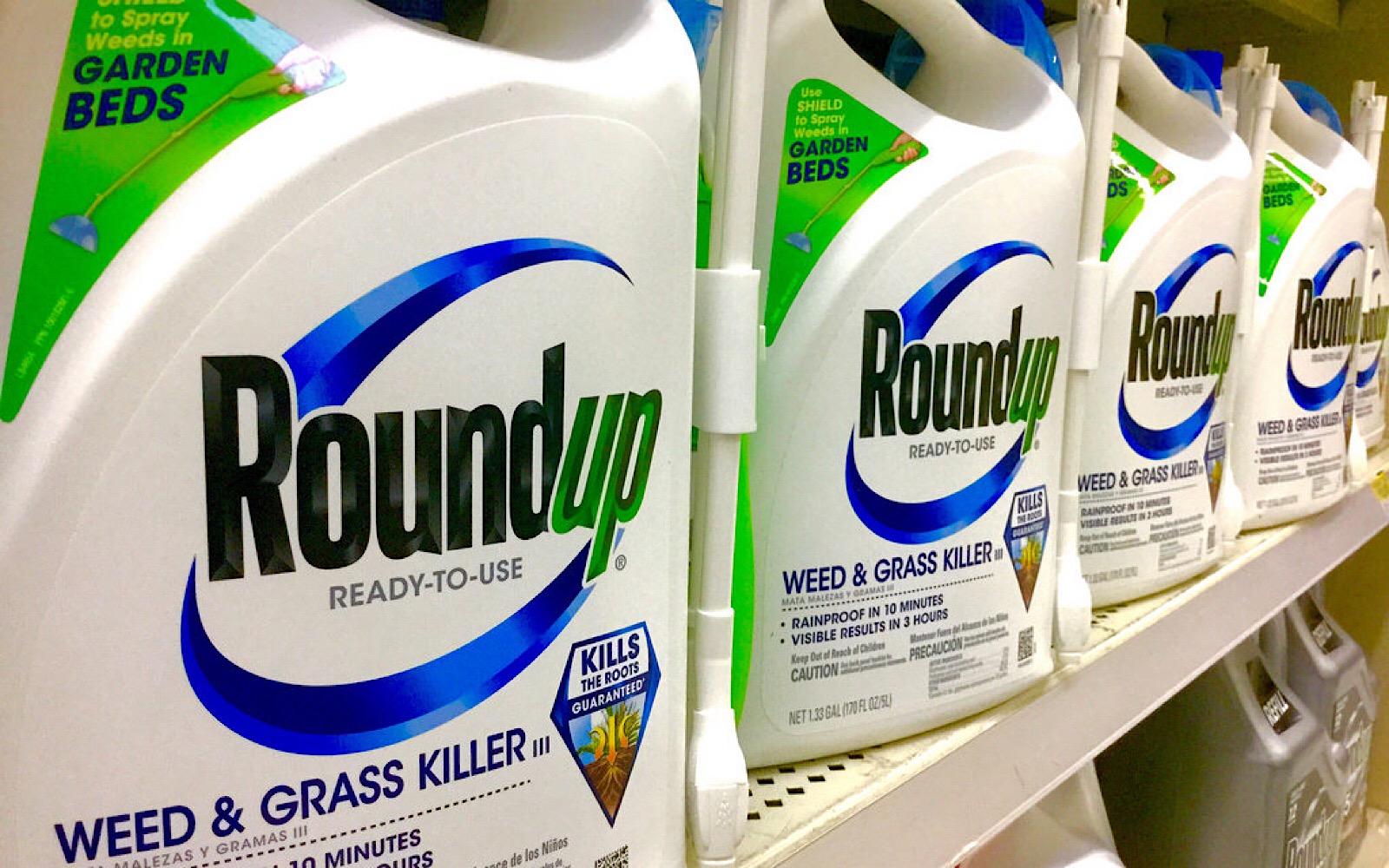 Dewayne “Lee” Johnson is a hardworking husband and father who took a job as a groundskeeper at a school in Benicia, California in 2012. While at the Bay Area school, he was made to use the notorious Monsanto product Roundup 20-30 times a year, sometimes for several hours a day. During this time, the product spilled all over his body on two occasions, and in 2014, he was diagnosed with non-Hodgkin’s lymphoma. Around 80 percent of his body is covered in lesions, and some days, he suffers so much he cannot speak. And now, at just 46 years old, he has been given only a few months to live, while his wife works two full-time jobs to help pay for the medical bills.
Johnson has now become the first person to take Monsanto to trial, and due to his declining health, his case was expedited under California law. And in an extremely significant ruling, the Superior Court of California in San Francisco ruled in favor of Johnson, ordering Monsanto to pay him $250 million in punitive damages and around $39 million in compensatory damages.

Although proving cancer causes in court cases is typically difficult, there was substantial evidence for the jury to be convinced beyond a reasonable doubt. Additionally, in 2015, the World Health Organization said that glyphosate, the chemical in Roundup, is “probably carcinogenic to humans.” Brent Wisner, one of Johnson’s lawyers, stated, “We were finally able to show the jury the secret, internal Monsanto documents proving that Monsanto has known for decades that … Roundup could cause cancer.” He added that the verdict sent a “message to Monsanto that its years of deception regarding Roundup is over and that they should put consumer safety first over profits”.

Robert F. Kennedy Jr., a member of the plaintiff’s legal team, stated, “This jury found Monsanto acted with malice and oppression because they knew what they were doing was wrong and doing it with reckless disregard for human life … This should send a strong message to the boardroom of Monsanto.”

Johnson agrees that the landmark ruling is historically significant and goes beyond just himself. In a press conference after the verdict, Johnson stated, “This case is way bigger than me … I hope it gets the attention that it needs.” During the trial, Johnson also noted that he never would have sprayed the product around people, namely, schoolchildren, if he knew it was harmful.

Timothy Litzenburg, also an attorney for Johnson, said Friday’s verdict is historic as the first win for a cancer patient against the corporate giant Monsanto and is even more significant considering Roundup is the most commonly used herbicide on the planet. “This is a big victory for human health worldwide,” he stated.

Worried about your exposure to pesticides like Roundup? By opting for organic foods whenever you can, you are helping limit your exposure. However, as this case has shown, harmful chemicals like Roundup are used all around us, in parks, playgrounds, and even on farms next to organic farms, so the single best way to tackle the extremely serious public health issue is via the legal and judicial route as Johnson has done. There are currently around 4,000 similar cases across the U.S. filed against Monsanto regarding their products’ link to illnesses like cancer, and this landmark court ruling stands as a great precedent for future trials.

Johnson’s wish is for his story to be heard far and wide so that others can be compensated for similar pain and suffering caused by Roundup, and he wants to help ensure there is a public spotlight on the issue and authorities take proper steps to ban Roundup and other products containing glyphosate or other harmful chemicals. To help fulfill Johnson’s wish, please share this with your network.