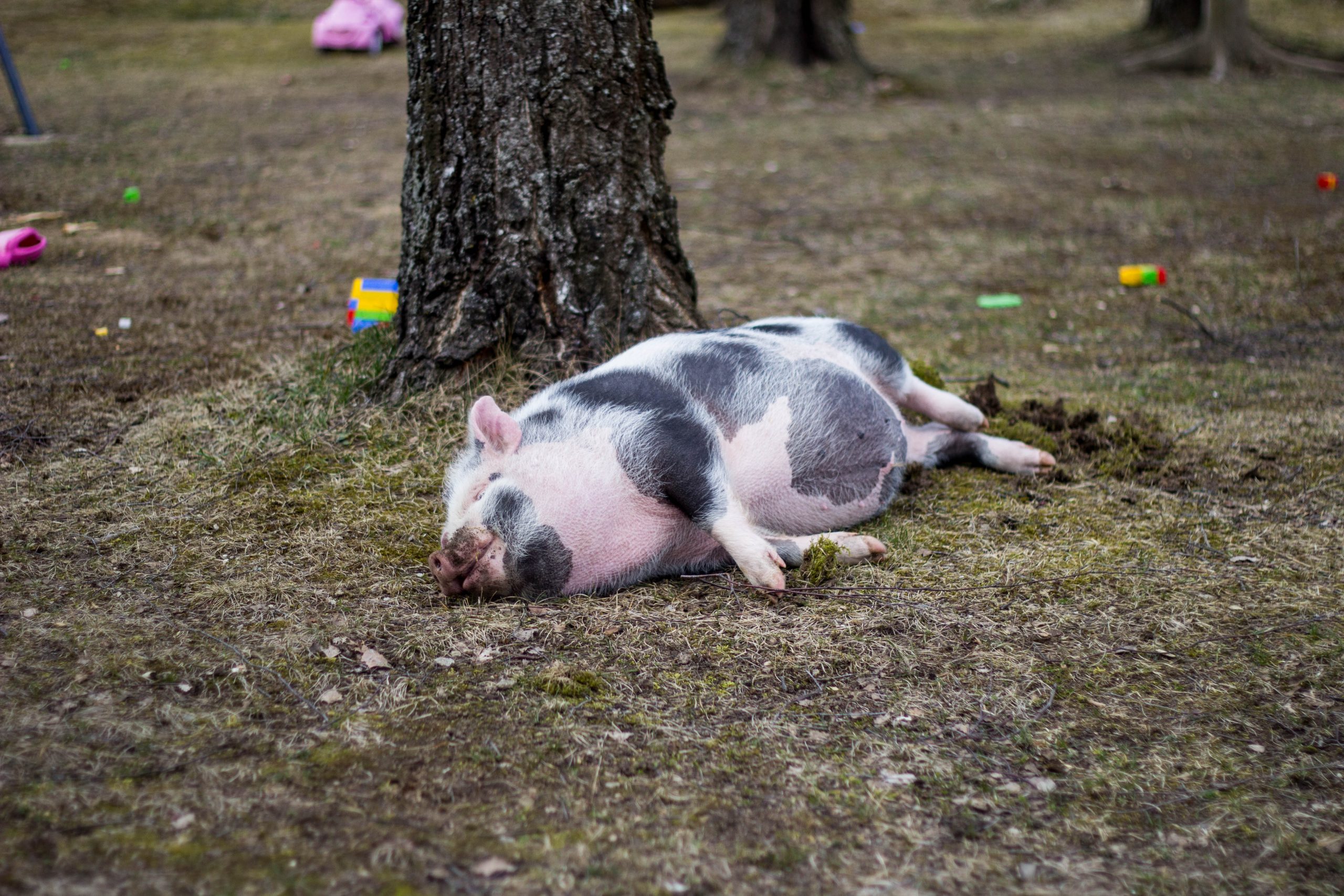 Fern the miniature pig was recently surrendered to the Wake County Animal Shelter by her previous caretakers who requested she be euthanized. At less than a year old and only 15 pounds, Fern had been an inside pig her entire life. She had suffered a seizure and had been unsteady on her feet ever since. After falling from the stairs, her owners sadly decided to surrender her.

When the Wake County Animal Shelter veterinarian examined little Fern, she made the decision not to euthanize her but because of the health issues the little pig has, the shelter cannot place her with the public. That’s when The Blind Spot Animal Sanctuary was called. The sanctuary located in North Carolina, “provides loving care to neglected and homeless farm animals, placing those who are adoptable in forever homes,” and the animal shelter knew Fern would have the perfect forever home at The Blind Spot Animal Sanctuary.

Dr. Penny Jeffrey immediately drove to the Wake County Animal Shelter to transport Fern back to the Blind Spot so she wouldn’t have to stay at the shelter a moment longer.

Given her health issues, Fern needed vet care ASAP and was quickly seen by a specialist. Turns out, Fern is not a piglet and is at least one or one and a half years old at only 30 pounds. This is sadly due to breeders creating micro pigs by breeding the sick, weak and starved ones to keep the pigs as small as possible.

After being examined, her diagnosis is still unclear. The Blind Spot says, “The diagnosis is currently unclear, it could be the inbreeding that made her so unhealthy, could be that the seizure damaged her brain or it could be toxicity because she wasn’t fed proper diet. Or it’s all together.”

Despite falling over while walking, The Blind Spot says Fern is very social and is okay with dogs and love treats. Fern also carries around a teddy bear everywhere she goes and she loves to be held.

Check out how she’s doing now:

Pigs require a large amount of space to roam, snuffle, dig, and root around in, and while your house or garden may be a great environment for them when they are very young, the vast majority of homes are simply not suitable for a fully grown pot belly pig. As such a large number of pot bellied pigs are being sold to unsuspecting victims as teacup pigs each year, thousands are being abandoned, neglected, handed into shelters, and put down. Just like what would have happened to sweet Fern.

If you are a responsible carer and you have a home suitable to look after a pot bellied pig, then please don’t buy from a breeder, rescue an abandoned pig from one of the many shelters around the country instead. Please share Fern’s story and help us raise awareness about the myth of the micro pig!