Megan the Elephant Is SO Stressed Living in Captivity, She’s Developed High Blood Pressure! Let’s Get Her Out 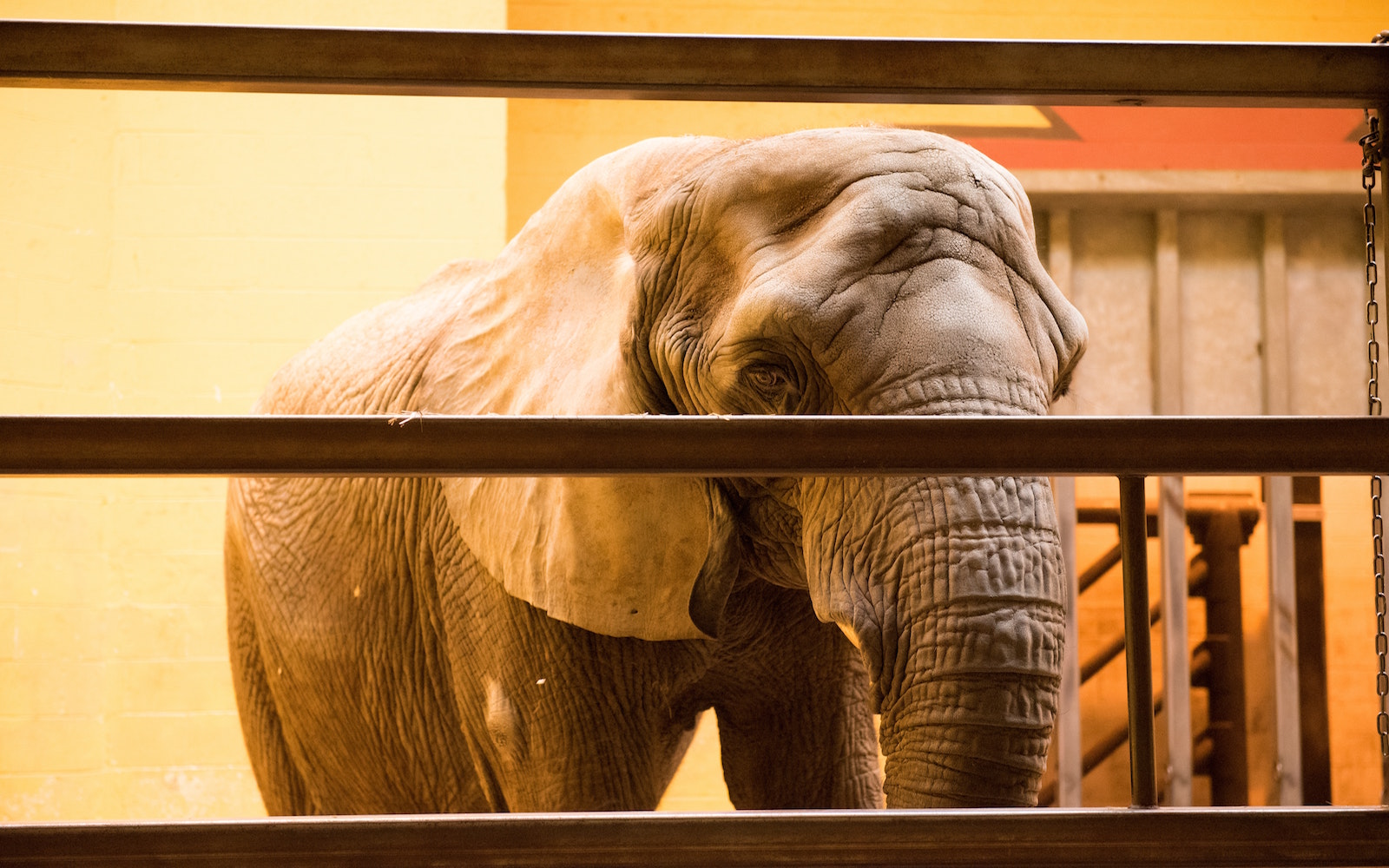 Just like humans, animals have been known to develop health issues when under a great deal of stress. Further, when animals who are meant to roam freely in the wild are taken into captivity, it stresses the creatures out and often results in decreased health.

For instance, it is common for elephants living in captivity to suffer from conditions such as deadly foot disease and arthritis as well as to engage in stress-related repetitive behaviors. And now, for what veterinarians believe is likely the first time ever, the extreme stress experienced by one captive elephant has actually led the animal to develop high blood pressure.

The poor pachyderm in question is a 40-year-old elephant named Megan who has been on display at the Kansas City Zoo for years. Back in December of 2017, after Megan collapsed in her enclosure, veterinarians ran tests on her and found that she had heart abnormalities and significantly elevated blood pressure. After further testing, they concluded that Megan most likely had an adrenal tumor.

Unfortunately, there is no current technology that would allow veterinarians to safely operate on the gentle giant in order to remove the tumor, so Megan’s condition is being treated with medication designed to control her hypertension and other symptoms.

The blood pressure medication that Megan has been prescribed is actually the same type that is given to humans. And just as the World Health Organization (WHO) recommends that humans with hypertension do, Megan should ideally be walking around regularly in order to help with her condition, as she would be doing in the wild. Plus, measures should be taken to help the tense elephant de-stress; in other words, she definitely shouldn’t have to be in a zoo where she is gawked at and harassed by tourists day in and day out.

Megan’s existence at the Kansas City Zoo is far from natural, and it’s clearly taking a serious toll on both her physical and mental well-being. If she were relocated to a sanctuary, however, this sweet elephant would most certainly be far healthier and happier, as she would have much more room to romp around and would finally get some peace and quiet.

If you’d like to help give Megan the relaxing, natural life she deserves for the rest of her days, please add your signature to this Care2 petition urging the Kansas City Zoo to arrange for this adorable elephant to be moved to a sanctuary!